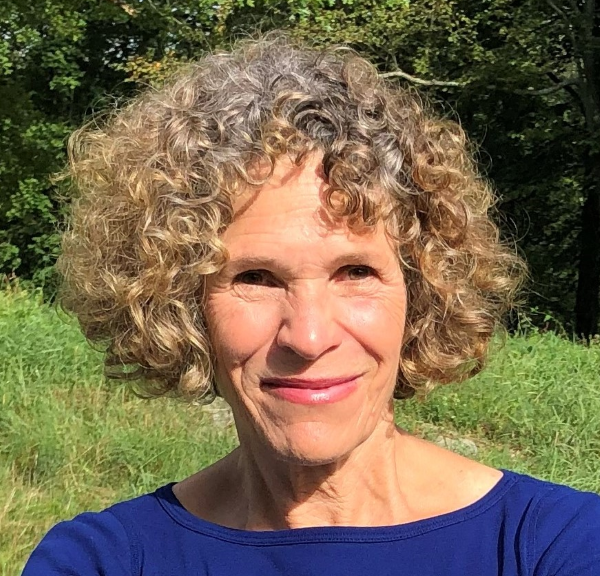 Susan Allport is the author of Sermons in Stone: The Stone Walls of New England and New York. She spoke last month, via Zoom, at the Putnam History Museum.

Stone walls crisscross much of the Highlands. Who built them?

They were built mostly in the years after the American Revolution. People fenced their crops to keep the animals out, or they fenced their animals in. It flipped back and forth. The settlers used timber for fences, but the lumber ran out. They turned to stone, but after the British left they didn’t have anyone who knew how to build them. They did it by trial and error, and I don’t think they ever got to the level of the English wall builders. It was a relatively short window, because by the 1830s and 1840s people were moving west. That’s why we see stone walls in the woods — it was once farmland that was abandoned.

The stone walls seem too low to keep animals in or out.

The walls you see now are just remnants. Not only have they sunk into the ground, but the soil is depositing around them. It’s easy for capstones to get knocked off or to be used for some other purpose. On top of that, people used to put stakes and riders on the stone walls to build them up [so a wall might have just been a base].

Can you explain the book’s title?

It comes from Shakespeare, As You Like It: “Finds tongues in trees, books in the running brooks, sermons in stones, and good in everything.” Farmers were mystified by the stones; you would dig and all you would pull up were stones. People thought that they were put there by the devil to try their patience. So they developed a relationship with the stones: How strong are we? What can we do with these stones?

You titled one chapter “The Irony of Walls.” What’s the irony?

The farmers who first came to this country brought their domesticated animals with the intention of replicating their lives in the Old Country. They had to grow crops to survive, and they had to keep their animals to survive, but they didn’t have enough labor to do both and so they had no way to separate the crops from the animals. From that, an ethos developed that fencing was an unqualified good thing. Good fences make good neighbors; the more fences you have, the better your property. That was great for a while until steam-powered machinery came along and they had imprisoned their fields with these hard-to-dismantle stone walls that had to be removed to use the new, time-saving machinery. That’s why you see the walls still — the land was abandoned in part because of the labor it would have taken to dismantle them.

Your book has been in print for more than 20 years. Why does the topic have such resonance?

Everybody’s taken the walk in the woods and encountered a wall, and it’s an astonishing thing. There are woods all over the world where you think you’re getting away from it all and, all of a sudden, you are surrounded by walls every 100 feet. Many people also like to work with stone and want to know the history. And I think it’s a pretty good story. How could something as basic as a stone wall go in and out of fashion? We have this idea that walls are a great thing. Let’s build as many as possible. And then, 20 years later, our world shifts and we don’t want any of the walls.

One thought on “5 Questions: Susan Allport”