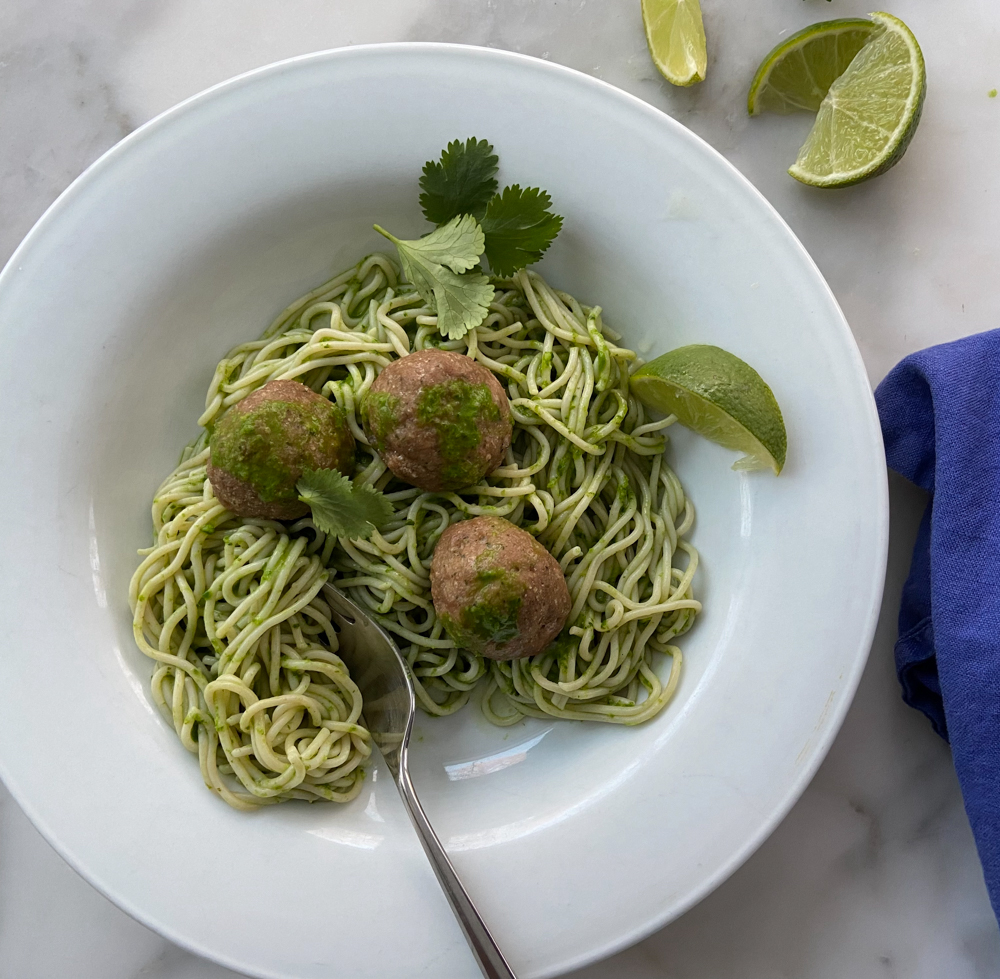 A great rivalry arose in my childhood home between my big sister and me over the question of which was better: spaghetti and meatballs or macaroni and cheese. I preferred the former, she the latter. In fact, spaghetti and meatballs was probably the first dish that I ever truly, deeply loved — which, in retrospect, seems a small tragedy, because my mother was an outstanding cook; yet the spaghetti, like the mac, came from a box.

Lord, no. Back in those days, Chef Boyardee marketed a “complete spaghetti dinner” in a box: A tall can of tomato sauce with “8 meaty meatballs,” a small can of grated parmesan, and dried noodles that you boiled yourself “to make tender or firm — as you like it.” Nothing, in other words, like the slimy, overcooked, overly sweet canned goo that the company also foisted on America’s families.

As it happens, Chef Boyardee was an actual Italian chef. His name was Ettore “Hector” Boiardi, and his family had emigrated in the late 1800s to Cleveland, where they opened a successful Italian restaurant. The boxed dinner came about because customers wanted to take Boiardi’s delicious meals home with them.

Informal research suggests that this culinary heartthrob of my early years was not sold anywhere beyond our small corner of the upper Midwest. (If you have evidence to the contrary, please let me know by posting a comment below.) At any rate, Hector Boiardi changed my life. I remain convinced to this day that there is no happier meal than spaghetti and meatballs.

I have also spent my life convinced that I could never make a version that lives up to my boxed childhood memories. To compensate, I have situated meatballs from other culinary traditions atop various culturally suitable noodles. I once made Chinese-style lamb meatballs flavored with cumin, anise and ginger, for example, and served them atop saucy rice noodles to a group of fellow cooks. I’ve dunked Vietnamese-style fish meatballs in a noodle-filled broth. And I’ve piled Finnish meatballs atop mountains of buttered egg noodles more times than I can count.

I thought I was being clever with these dishes, tangling up diverse threads of culinary influences to create fun, trompe l’oeil variations on an iconic meal. I’ve since realized that my variations were probably no less “authentic” than the original. After all, most of us know that spaghetti and meatballs was found nowhere in Italy until American tourists demanded it; it’s a thoroughly Italian-American dish, invented in this country by immigrants. I also learned in grade school that pasta comes from China, not Italy (a lineage food scholars have since debunked). But meatballs, too, originated outside of Italy. Some say they came from the Middle East, as an ancestor to Turkey’s köftes and Lebanon’s koftas, while others suggest they probably sprung up in various kitchens around the world, wherever cooks found themselves with little scraps of meat and starch on hand, moistened them and pressed them into balls.

A mutt, a mix, an improvisation: It’s what every cuisine is made up of if you trace it back to its roots. That and the unending desire to roll food into little balls, and to fight with your siblings over it.

Using a mini ice-cream scoop to form the meatballs and baking them in the oven simplifies preparation and reduces fat (though the meatballs might not come out quite as pretty). Pulverized rice cakes make a great substitute for bread crumbs in this mix.

1. Heat the oven to 375 degrees. Line a baking sheet with parchment or a silpat.

2. Break the rice cakes into a few pieces and pulverize them in a blender. Transfer to a large bowl and set aside.

3. Prepare the rice noodles according to package directions, rinse in a strainer with cool water and set aside to drain.

4. Finely mince the ginger, garlic, jalapeno and cilantro — setting aside a few cilantro leaves to use as garnish; transfer to a small bowl and stir in the fish sauce. (If you have an immersion blender, you can instead puree these ingredients in a mug or small bowl.)

5. Transfer half of this cilantro mixture to the large bowl with the rice cakes. Add the ground turkey, season with 1 to 2 teaspoons salt and mix to combine. Using your hands or a small ice cream scoop, form the meat into 1½-inch balls and arrange on the baking sheet. Bake 14 to 16 minutes, turning the pan halfway through, until the meatballs are 165 degrees in the middle and turning slightly crisp at the edges.

6. Meanwhile, place the remaining half of the cilantro mixture in the blender where you pulverized the rice cakes (no need to rinse it out); add the coconut milk, chicken broth, spinach and sugar, and blend until fairly smooth. Transfer to a pot large enough to hold all the noodles.

*Once opened, coconut milk goes bad quickly. I store it in a freezer bag, laid flat, then break off pieces as needed.