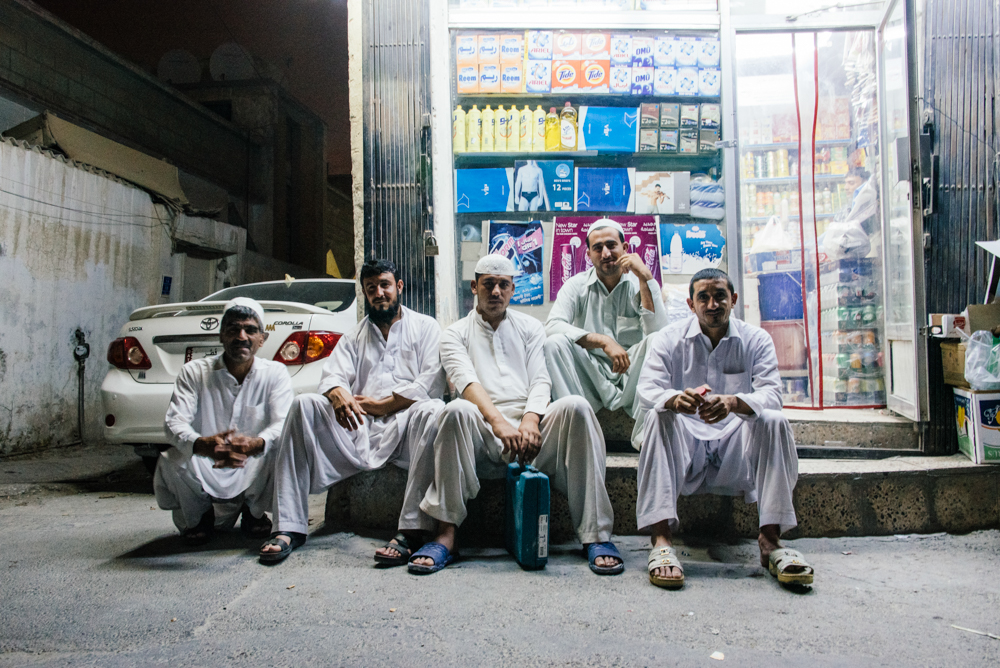 A night on the streets of old Doha, which has since been cleared for an urban renewal project called Msheireb (Photos by Alex Wilcox Cheek)

“I took all the typical photos, in an ‘Orientalism’ way — carpets and belly dances — all the things that an American who grew up in New York state would find exotic,” says Wilcox Cheek, who lives in Cold Spring.

It took a year in Qatar’s capital, Doha, he says, before he got past the surface to “the markets, the road signs, the Arabian Deco architecture, the vastness of the desert.” 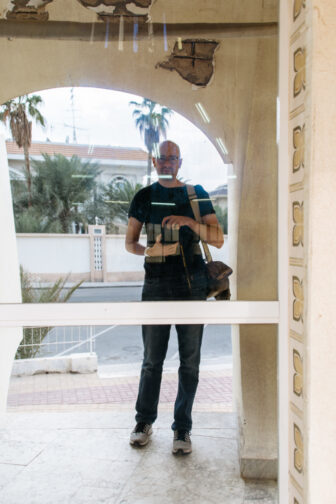 A self-portrait of Alex Wilcox Cheek taken in Doha

Wilcox Cheek studied industrial and visual design and gravitated toward technology. “I’m interested in human experiences,” he says, “how to make things that are meaningful and useful to people, whether business strategies, service experiences, apps. Working as a designer in tech is not always about innovation. It’s often about putting the right pieces together, creating a bridge across many disciplines.”

For more than 10 years, until 2017, he taught at Carnegie Mellon University in its School of Design and Department of Information Systems. Most of those years were spent at the CMU campus in Qatar, where he headed an undergraduate track that blended design, architecture, the humanities and technology.

He committed to a semester but found Doha so interesting and unusual that he stayed on.

“It appealed to me because it felt like a startup brought to higher education,” he says. “The students loved design and architecture because I was able to make it relevant to them; they were designing and redesigning their country overnight. Governmental changes were taking place, as was a shift to modern experiences.”

As a photographer, Wilcox Cheek found Qatar his perfect subject.

“Doha was a rapidly changing city, old and new at once,” he explains. “The architecture was getting replaced by glass and steel towers, which were less interesting than some of the Arabian Deco architecture that dates to the mid-20th century.

“The British were there until 1973, and they implemented a lot of urban planning and built things like the post office. By the 1980s, Qatar was hitting its first boom of wealth, which continued in the ’90s, when natural gas took it to a new level.”

Wilcox Cheek captured the waning days of how people once lived. He went to “the dirt roads where there was a feeling of being transported back 20 or 30 years. Those streets that aren’t there anymore. It was possible to get a stranger to spend time with you by communicating, coming to know them.”

Meanwhile, Wilcox Cheek was coming to understand better, as well. “A lot of times people cluster the Gulf countries together, even though they have real differences,” he says. “Qatar was progressively minded, had an emir, had a vision to provide Qatari education in-country. They weren’t the first to invite American and European universities, but they were the first to set it up in a modern campus format, issuing degrees from brand-name institutions.”

That progressive openness did not extend to photographing women, which Wilcox Cheek learned he should not attempt. “The level of access goes down, the higher up the ladder you go,” he says. “With females, you don’t even try, because it will create a problem.”

Instead, he focused on workers, most of whom were South Asian. Some had lived in Qatar their entire lives, while others were drawn by the economic boom.

He says his photos, which have never been shown publicly except on his website at arwc.xyz, started as snapshots “but turned into journalism, dare I say? I wanted to capture my experience there, and I spent the final months furiously taking pictures. How do you design a community or society in a way that can achieve the goals of growth for a city? What are we doing here together? We’re crafting the fabric of society.”