Robert Calderisi, of Cold Spring, is the author, most recently, of Cecil Rhodes and Other Statues: Dealing Plainly with the Past. 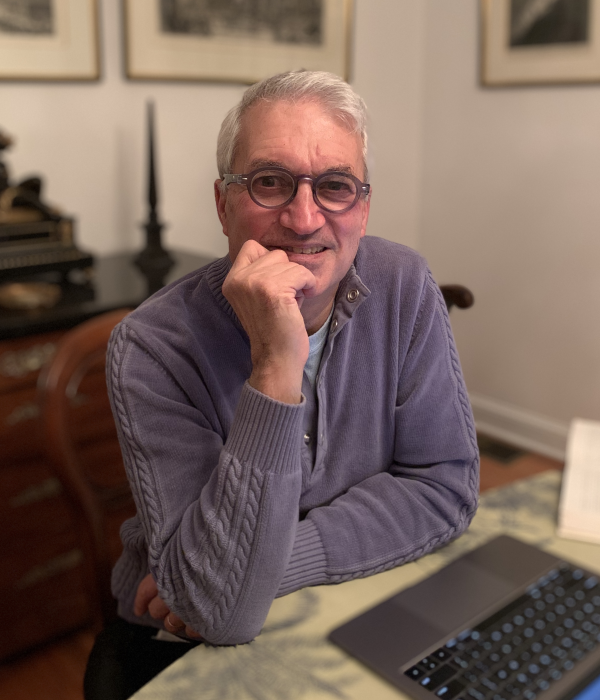 For the unfamiliar, can you introduce us to Rhodes?

How did neighboring Rhodesia come about?

In 1890 Rhodes invaded the 750,000 square miles that would become Rhodesia — he didn’t name it — and is now Zimbabwe, Zambia and Malawi, without firing a shot. He told the local king he was interested in mineral rights, then sent in hundreds of “pioneers” to add the region to the empire. He didn’t do it for the money but because he genuinely believed British rule would benefit everyone. It’s not very different from how many, if not most, people in the West still regard Africa. We have things to teach them, rather than things to learn from them.

You were a Rhodes scholar. Is that what brought you to the topic?

As a benefactor of the man, I was interested in knowing more about him. I’d heard him described as a “white supremacist” or “warmonger” and decided during the pandemic shutdown to see what actually was true. I found those descriptions to be an exaggeration. Also, I’ve been exasperated, like a lot of people, with the way political discourse has deteriorated into a big shouting match, and I resent people who make up convenient facts to suit their case. History, like human beings, is much too complicated to sum up in a few words.

Denouncing Rhodes today as an “imperialist” is like denouncing an American for being a “patriot.” It was part of being British, French or German at the time — large countries felt they had a right to invade countries where the people didn’t look like themselves. Rhodes didn’t believe that Africans were subhuman. He felt the British were superior because of their favorable history. It was paternalistic, but he thought Africans just needed time, education and a good example before taking their rightful place in society.

There were efforts in South Africa and at Oxford to remove statues of Rhodes. How should we handle statues of contested figures?

I don’t believe everybody in the past should be exonerated. Standards change, but some moral values are eternal. I was looking for evidence that Rhodes was a blatant racist but I could not find examples of where he was unkind to anyone because of the color of their skin. At the same time, I’m not sure I would want to spend an evening with him. He was a hard-driving, sometimes ruthless businessman, and a bit of a megalomaniac. When asked how long he expected to be remembered, he said, “4,000 years.” Yet he was generous throughout his life. It was a mix that you’d expect in a complex, busy man of his day.

You lived in Africa for 30 years. What took you there?

I was interested in international development, in particular, fighting world poverty. Most of the poorest countries, despite all the efforts that have been made over the last 60 years, are in Africa. I worked with the Canadian government and then for the World Bank in Washington, D.C., which is the largest foreign-aid agency in the world. I love Africa and its people, but its governments are atrocious. The people have never been exposed to anything else. They don’t know, in a sense, what to expect.