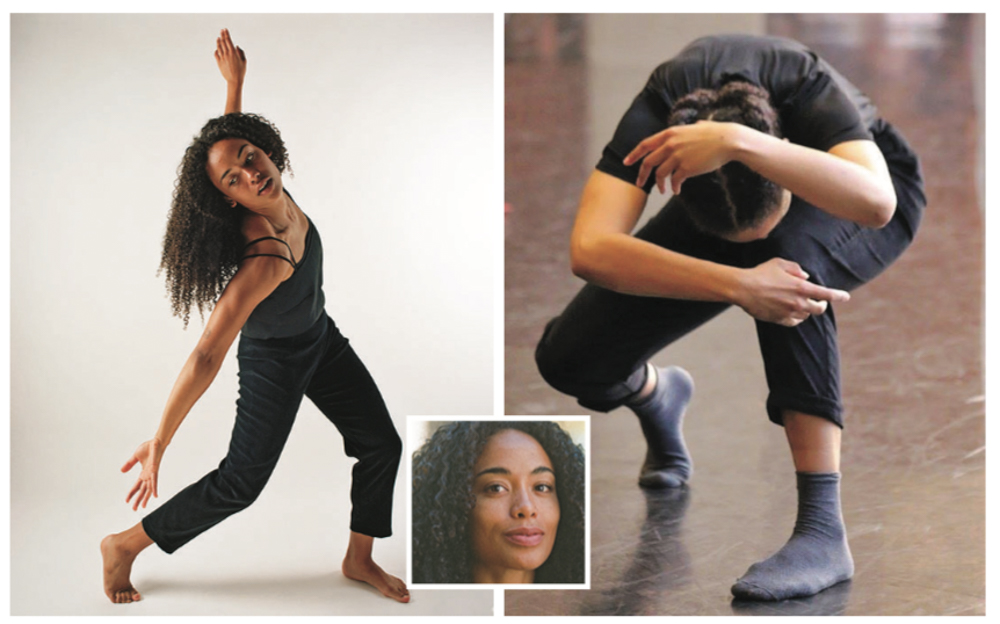 The Philipstown Depot Theatre will soon be open for business — inside.

The Garrison theater has scheduled three indoor events next month, including one on March 12, when a collective known as Weather Women combines its talents.

Dancer, choreographer and filmmaker Cayla Simpson will be joined by filmmaker Jessica Karis Ray and musician Georgia Sackler for a collaboration in which Simpson will dance, Ray will screen her work and Sackler will sing between dances.

The other events are a Depot Docs screening of Storm Lake on Friday (March 4); violinist Gwen Laster’s New MUSE4tet on March 19; and two Night Train storytelling shows on March 26. They mark the return of indoor performances for the theater after a two-year absence because of the COVID-19 shutdown. (In warmer months, some performances were staged outside.) 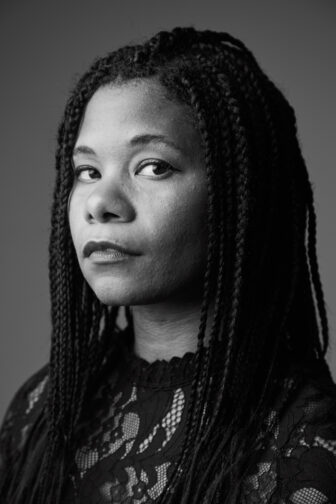 The seeds were planted for the Weather Women show when Simpson met Garrison residents Kevin Green and Kevin Hershberger through a mutual friend who had a grant to make a film.

At that time, Green and Hershberger were living in Brooklyn. When the weather became too frightful to shoot the film outdoors, the couple invited the filmmaker to shoot inside their spacious home.

Later, after Green and Hershberger had moved to Garrison, they welcomed Simpson, who had not long before relocated from Texas, to stay with them while she became familiar with New York City. “They’re almost like adoptive dads,” she says.

Simpson, who grew up on a small farm in New Mexico, says she has embraced New York City while also discovering more about her hometown, to which she gratefully returned at the height of the pandemic.

“I was excited to be immersed in a culture with more diversity,” she says. “I’m loving the mix of being home, but also getting to tour, then coming back to New York City. Moving there, I’ve lived the hustle to make it, but I’ve also found a part of myself in where I come from: bare feet, soil, watching the sun rise and set every day. It’s something I’ve come back to and it’s returning to my art.”

Shortly before the shutdown, Simpson posted a video of a collaborative performance on Facebook. The Depot’s executive director, Amy Dul, saw it and asked if Simpson would be interested in doing a performance in the spring. 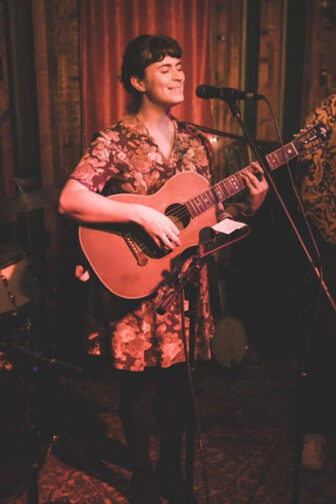 Rather than try to coordinate many dancers in the relatively small space, Simpson collaborated with Ray, whom she had worked with on a dance and film project in Oklahoma City.

Simpson thinks the Depot will be just the right setting, although she admits some initial hesitation. “My first impression was, ‘This is a bit small,’ but for a solo work it’s quite nice,” she says. “It holds the space better, and the seats are raked, which is so helpful for dance.”

Simpson majored in dance performance and film/media at Southern Methodist University, and says the disciplines “have run alongside each other. I feel fortunate that I haven’t had to choose one form or another.”

Within dance, Simpson says that while she is a contemporary artist, she is “trying to move away from the forms of modern and ballet. Some words that apply are fluid, dance-theater, expressive and grounded. The work I’ll be doing at the Depot is a narrative work. There’s always a journey to the pieces I choreograph.”

Ray, who lives in Brooklyn, is a filmmaker and video editor, as well as a choreographer, dancer and visual artist. Recently, she collaborated at the Oklahoma Contemporary Arts Center on Notes On Survival, a show about Black female and gender-neutral artists.

Simpson describes the film Ray will show as “asking questions about what is it to be authentic to the body of a woman of color. How does it feel to experience life? The film expands on a lot of emotions. It’s experiential and asks what it’s like to truly embody oneself. Often, it’s a question of being safe, to exist as you are.”

Sackler, who also lives in Brooklyn, says her songs “rely heavily on natural imagery to evoke the seasonality of emotion and time. My work explores the concept of memory: how we cultivate, preserve, indulge in and become dispossessed of it. I draw inspiration from collective emotion — though we bear heavy burdens, we need not suffer alone or in silence.” Her debut EP, Where Once Grew Green, is available on most platforms.

“I’m excited to have all of us together,” Simpson says. “We’re all channeled in our work, energy and emotion to be shared in that space with the audience.”

The Philipstown Depot Theatre is located at 10 Garrison’s Landing. Weather Women will perform at 7 p.m. on March 12; tickets are $20 at philipstowndepottheatre.org. Spectators must be vaccinated against COVID-19 and wear masks.