Michael Reisman, a state assistant attorney general who lives in Cold Spring, helped prosecute seven pharmaceutical companies for their role in the opioid addiction crisis. Six companies agreed to pay a total of up to $1.7 billion; on Dec. 30, a jury found the seventh firm, Teva Pharmaceuticals, liable for damages. 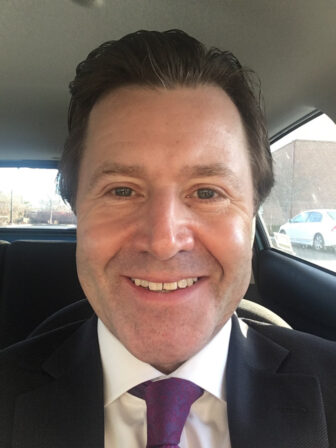 How many lawyers were on the team?

The core trial team was 10 lawyers, but dozens of others worked on the case over three years. We had to review millions of pages of documents, take and defend dozens of depositions, and file a brief on legal issues, big and small, almost every week. Our co-plaintiffs, Nassau and Suffolk counties, were represented by numerous other lawyers.

What was your role?

I began investigating in 2012. I dug into the marketing and anti-diversion programs at the pharmaceutical companies: Purdue, Insys, Mallinckrodt, Johnson & Johnson, Endo, Allergan and Teva. I did a lot of work with our expert witnesses, in particular a former FDA [Food and Drug Administration] commissioner and an epidemiologist from Columbia University, who testified about the links between prescription opioids and the harm they can cause, including addiction and overdose death. For the six-month trial, I spent all or part of each week in Central Islip, with many workdays lasting 14 hours.

What was the emotional impact of working on the case?

It was the biggest and most important trial I’ve ever, or will ever, work on. I tried to be objective and keep my emotional distance, but sometimes I felt pretty awful. Last fall, I put our epidemiologist on the stand and asked her to describe a graph showing the rise of opioid-related deaths in New York. I had to pause for what seemed like 15 seconds. I wasn’t trying to be dramatic; it was just hard to move on to the next question without a moment of silence. The points on the graph represented thousands of people who died.

I probably can’t yet fully appreciate the toll the case took on me. I spoke with several parents of young people who died from opioid overdose. Every conversation was gut-wrenching. During the trial I always ran 2 miles every day, early morning or late at night. I went from running in shorts and a T-shirt in July to seven layers, two pairs of gloves and a balaclava in December. People thought I was crazy.

How did the jury handle such a long trial?

They were an amazing, committed group of people, diverse in age, gender, race and ethnicity. Most people can’t listen for five minutes; our jury listened for five months. They deliberated for 10 days, sending back dozens of notes, asking for exhibits and testimony; they just plain put in the work. I don’t want to sound corny, but their dedication to duty gives me hope in our justice system. It always moved me when the court officer would say, several times a day, “All rise, jury entering,” or exiting. And everyone did, including the judge.

What was your reaction when their verdict was announced?

Relief. We had expected the verdict before Christmas; it was agonizing to wait until Dec. 30. There were few people in court that day because of the Omicron variant. I got the call around noon and turned on the trial livestream; I knew pretty quickly, we’d won. The clerk’s reading of the verdict sheets and the polling of the jury took almost two hours. It didn’t matter. I was jumping around the house!

Yet, I also felt a bit sad. Maybe it’s Stockholm Syndrome, but I’ll miss what was the longest civil trial in the history of New York State, the jury, the lawyers, even some on the other side, the hotel, the drives on the LIE [Long Island Expressway], and especially the judge. He quoted Marcus Aurelius, brought cookies from his family’s bakery for the jury and had a sense of humor.