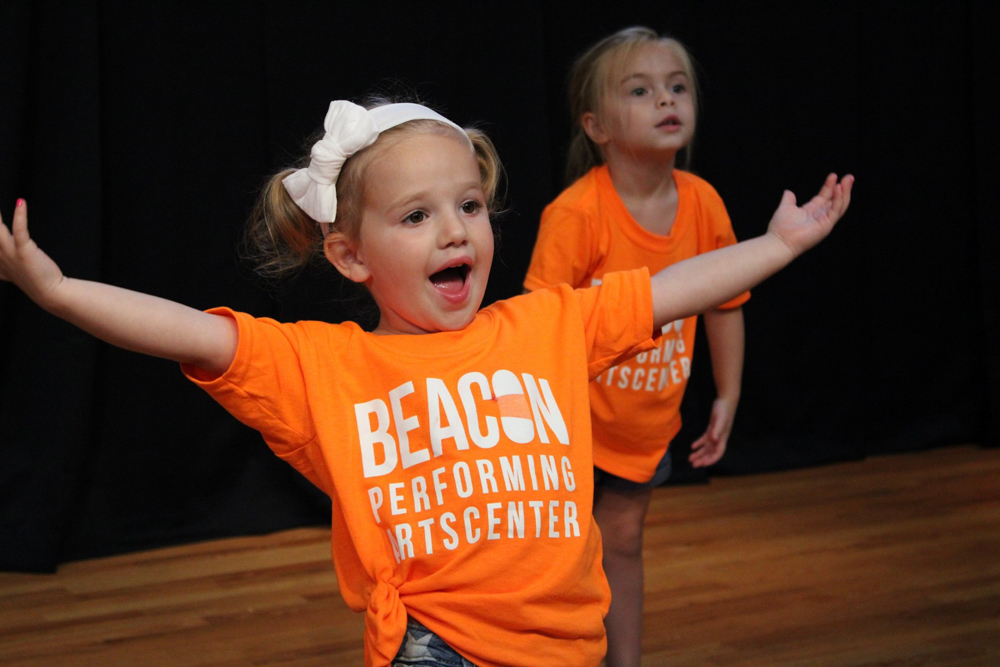 When the three creators of the Beacon Performing Arts Center launched the organization in 2017, it had no permanent studio space. Their aspirations included two weeklong summer camps and a few workshops in the fall. 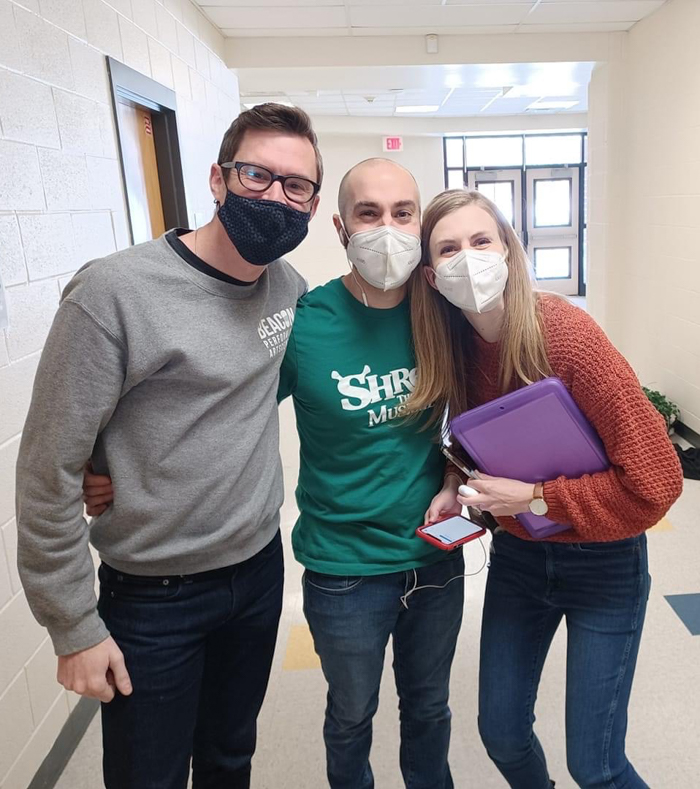 Five years later, Kate and Jake Vander Linden (who live in Beacon and recently had their first child) and Tim Grady (who lives in New York City) have overseen 23 student productions, most enrolled to capacity, and hold regular classes in their large space on Main Street.

“It’s on the same block as the doughnuts — right next to the cat cafe — that’s always the easiest way to describe the location,” says Kate Vander Linden, with a laugh.

She says “the stars aligned that first year after our summer programs wound down.” They found an empty storefront available just in time for rehearsals to begin for their first production, Elf, in December 2017. “The space was intended to be an art gallery so our main alteration was putting in mirrors,” she says. “It’s such a difference to have a home and permanent space. We can do practically unlimited programming.”

It’s been a whirlwind since. BPAC, which operates as a nonprofit, usually organizes six musicals a year. Each show has three casts of about 25 students each. 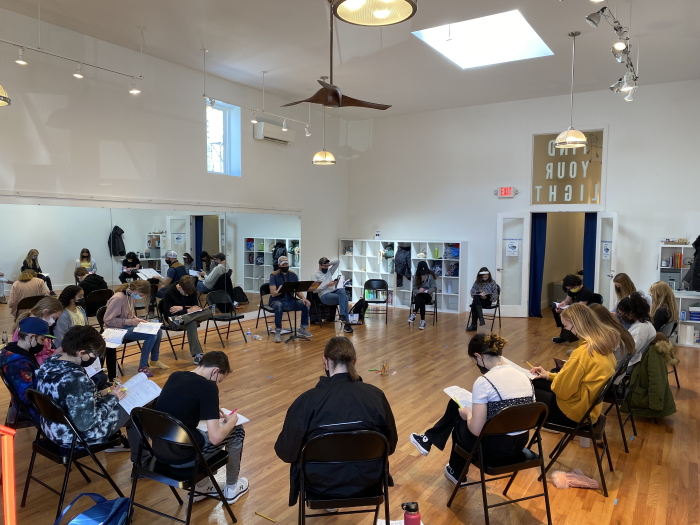 A recent rehearsal for Godspell Jr., which will be performed in May (Photo provided)

The pandemic shutdown brought with it a crash course in delivering virtual productions to children and teens who were still eager to collaborate and perform.

“We used parts of our brain we’ve never had to flex before, figuring out how to transition to online, including doing productions online,” Vander Linden says. They also held summer camps via Zoom, “even for our 3- to 5-year-old cast, who learned to focus while still dancing around the house.”

Middle and high school students did full productions online, “although we could feel how much they wanted to be in a physical space,” she says. “So, we showed our videos at the Story Screen Drive-In at University Settlement.” The students “kept saying how unique it was, as they never usually get to watch themselves perform, plus they got to see the whole show” rather than waiting backstage for their cues. 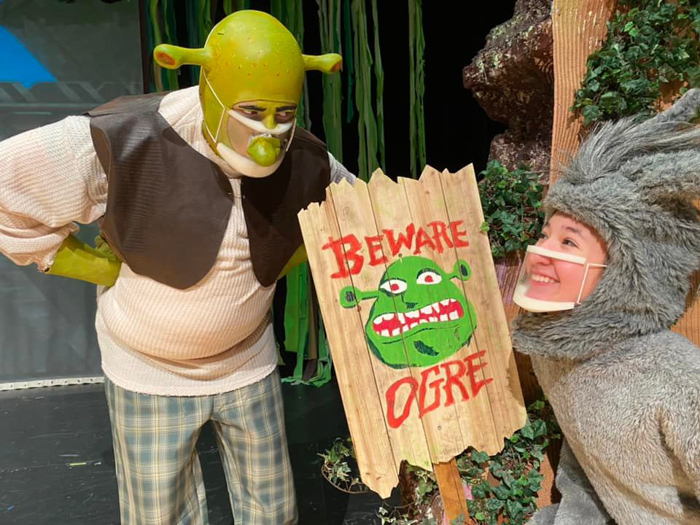 “Tim, Jake and I had those ‘Who would have thought when we started?’ moments,” she said.

They also launched BPAC Live at Five. “Every day we did a different thing: teaching a dance, hosting musical theater trivia, doing a sing-a-long,” Vander Linden says. “It became a great way to connect with our theater community and provide a way for them to continue to express themselves. Once kids were back in person, you could tell they needed an outlet, they needed to be with each other. It was so cool and inspiring to see kids be kids again.”

BPAC has an ongoing collaboration with the Beacon Players, the drama club attached to Beacon High School. Its director, Anthony Scarrone, “has helped our organization so much by allowing us to use their theater and their extra props. Randy Caruso, their scenic designer and tech director, lends us big scenery pieces to repurpose so we can do things like take the staircase used in their production of Holiday Inn and transform it for our Beauty and the Beast,” says Vander Linden. BPAC also uses the Seeger Theater at the high school to stage its shows. 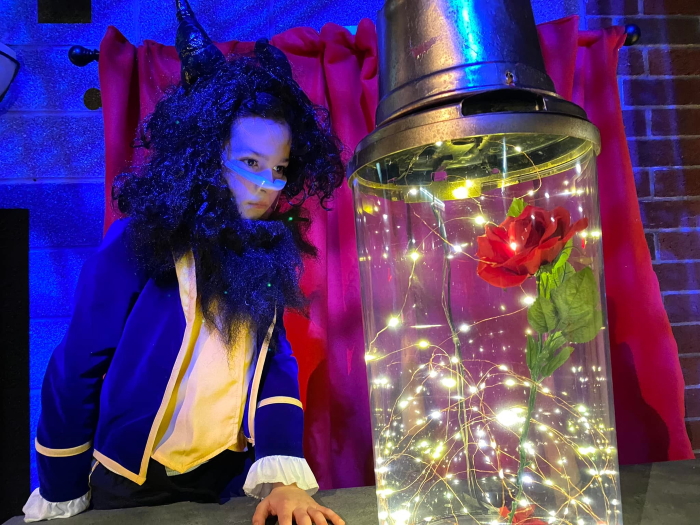 “We’ve been so surprised at how welcoming and supportive the community has been to our programs and shows,” she says. “We knew it when we opened, but especially with COVID’s challenges, we’ve seen the community embrace us.”

The Beacon Performing Arts Center is located at 327B Main St. For information on student and adult classes, visit beaconperformingartscenter.com or call 845-350-2722. Registration is open for summer camps and two productions: The Addams Family for sixth to eighth grades and Carrie: The Musical for high school students.