There are three candidates for two open trustee seats on the Nelsonville Village Board. The election is March 15.

The candidates are Tom Campanile; incumbent Dave Moroney; and Alan Potts, who served from 2017 to 2019. The board has five members, including the mayor. The two seats on the ballot are held by Moroney and Chris Winward, a candidate for mayor.

Below are written responses to questions posed by The Current; they have been edited slightly for clarity and brevity. We asked each candidate to limit the three answers to a total of 500 words.

What is the biggest issue facing Nelsonville in the next two years, and how would you address it? 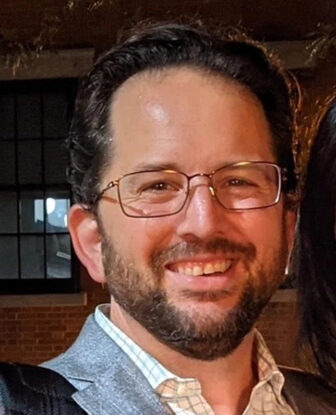 Campanile: Preserving Nelsonville’s small-village character in a fast-changing world. The last few boards under Mayor Mike Bowman’s leadership, including Deputy Mayor Winward and Trustee Moroney, have done a great job addressing big issues, such as preserving the Nelsonville Woods, dealing with the cannabis opt-out and addressing short-term rentals in the village code. These items could have had an adverse impact on village character if they were ignored by our local government. If I were to become a part of the team, my approach would address issues in the same way: transparently and with a willingness to respectfully hear from all residents and then support the best possible decision for preserving Nelsonville’s character and meeting the needs of the majority of our community, not just the loudest or most vocal interests.

Moroney: There are always issues that arise that we cannot predict, but we handle each issue as it arises with the best of our ability.

Potts: It’s very nice to live in a village where really big issues are far and few, but it happens occasionally. For the people I have spoken with, there are two issues at the moment: Traffic on Route 301 (Main Street) and potential sewers. I have already commented publicly on the sewer issue, but I understand there will be more investigations forthcoming. On the traffic issue: When I was previously on the Village Board, we found that the state Department of Transportation is difficult to deal with regarding speed limits on Main Street. I am committed to continued exploration of both of these issues.

Should Nelsonville, Cold Spring and Philipstown collaborate on using American Rescue Plan Act money for a project to benefit all three municipalities?

Campanile: It should definitely be explored. Elected officials have an obligation to work together for the benefit of constituents. My criteria would be measuring what Nelsonville residents gain from pooling resources versus what we would give up. If there is greater benefit to collaboration and it wouldn’t push the needs of Nelsonville to the bottom of the list, I’m all for it. Whether Nelsonville goes it alone or collaborates with others, as a first step we must hear from residents to get their thoughts on the highest and best use for the funds. I would also propose going a step further: County and state collaboration should also be on the table. Imagine what could be accomplished for our neighbors if all our public servants collaborated at all levels of government, regardless of actual or perceived ideological differences?

Potts: It depends on the project. But I do think each should receive a share of the funds since we all pay taxes.

If there is collaboration, what should the project be?

Campanile: It should be spent on improving infrastructure. I was happy to hear that Deputy Mayor Winward has already met with [Philipstown] Supervisor [John] Van Tassel and [Cold Spring] Mayor [Kathleen] Foley to discuss collaboration on projects that might benefit all municipalities, including working with both the state and county for even greater impact. This is a great first step in the right direction. Improving our roads is one idea that I support, including traffic-calming devices along 301/Main Street and some of the county and village streets that have become high-speed shortcuts for impatient commuters. Another project that should be looked at is improving broadband access in all three municipalities. Exploring whether the funds could be pooled to rewire or otherwise invest in upgrades to improve access to high-speed internet that meets the 21st century needs of residents, businesses and our schools feels like an infrastructure project that would benefit everyone.

Moroney: One suggestion would be to make all village and town buildings energy efficient by adding solar panels and updating the furnaces for better efficiency due to the rising cost of electricity and fuel oil. In the long run this could be a tax-saving for all residents. Another suggestion is to put the question to the residents for the purpose of transparency.

Potts: I have no idea what kind of joint project could be initiated as, to my knowledge, there have not been any productive/planning meetings between the three municipalities. I think some of the funding would be well spent to provide better senior services in our area, as we all know that they are lacking.

One thought on “Questions for Candidates: Nelsonville Trustees”