At a Feb. 24 news conference, county and state Republican leaders called for reform of the bail system and rules of discovery enacted by the state in 2019. 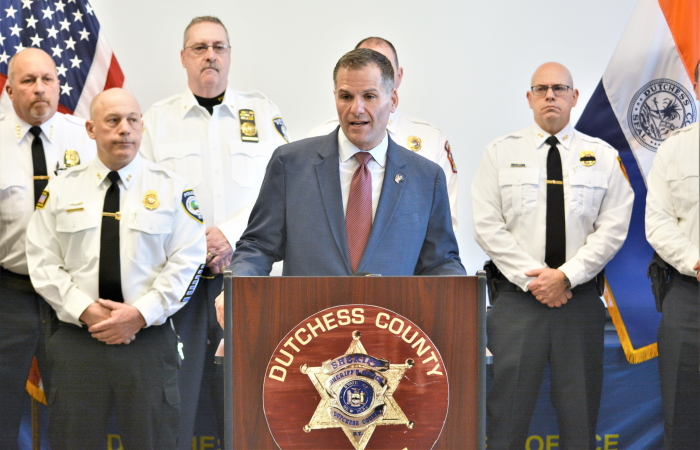 Serino and Imperati called for a change to the law to allow judges to consider the “dangerousness” of a defendant when deciding on bail. Imperati also said that new rules that dictate the information that must be provided to defense attorneys require too much work for police officers and district attorneys.

Matthew Weishaupt of the Dutchess District Attorney’s Office said the group was “asking for sensible modification to bring these laws into line with what we need to make the system work effectively and not punish low-income people by putting them in jail, but to make our system work for all — for the victims and the safety of the community.”