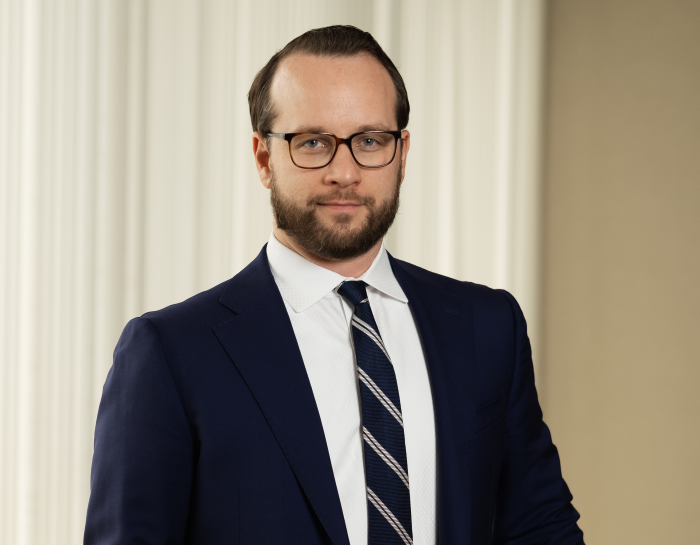 Taylor Palmer is a land use and zoning lawyer and a partner in the Fishkill and White Plains offices of the Cuddy & Feder law firm.

How did you become the lawyer of choice for so many Beacon development projects?

It’s likely because of my experience working for Rep. Nita Lowey and my legal work in other local communities, particularly as municipal counsel in communities like Philipstown and Cold Spring. I had the chance to work with a lot of the same folks that were doing development in Beacon. Within my firm, I think I’m the Beacon development guy because my colleagues had a lot of fun at my wedding at the Roundhouse and the after-party at Dogwood. Plus, I bring Glazed Over Donuts or Hudson Valley Brewery beers back after meetings in Beacon.

You’ve developed a friendly rapport with the Planning Board over the years.

Some of that levity comes from the trust and timing that’s built into my years representing local projects. We work hard to put everything out in the open; it’s all intended to follow what the zoning prescribes. We work with our clients to break the impasse and create the best project possible that’s in accordance with zoning and respects the developer’s property rights. The board members are members of the community and do this voluntarily, often into the late hours of the night, so I try to provide a laugh or two for the time and effort they spend at a meeting.

You’re not always the most popular guy in the room at Planning Board meetings. How do you deal with that?

We’re all human, but I’m passionate about what I do and know it’s not zoning by applause meter. I try to meet the client’s goals and the city’s zoning requirements, which, together with the public’s input, hopefully results in development that’s going to improve the community and provide a public benefit. I’d be lying if I said it doesn’t affect me at times, but the way you react and respond is what’s most important.

Are there projects you’ve worked on in Beacon that have stood out?

I don’t know that I can play favorites, but to borrow a quote from Tom Brady, my favorite project would be the next project. All those former industrial properties — the Roundhouse, Hip Lofts, down to 555 South Ave. on the creek — present great opportunities. I love seeing them come to life, like the Creek Drive project that redeveloped the former DPW [Department of Public Works] property along Fishkill Creek. It’s a great example of a public-private partnership. The community gets a public park and greenway trail along with mixed-use residential, with a tech company also coming in. I am proud to know many of the people who enjoy living in these new units, as well.

What’s your first piece of advice to a developer planning a project in Beacon?

Know your community. Know you’re in an impassioned city that has actively involved public boards that know every street corner, side street and then some. Understand the context of what you’re proposing within the reality of what’s been developed and what can be developed in the city. Context is always key. If you’re downtown, it’s one thing; if you’re by the former correctional facility or the river and train station, it’s another conversation. There are very different frameworks that create the fabric of one awesome city. Beacon’s Main Street and waterfront, its proximity to highways and the beauty of its parks make it a special place. Any developer that comes in should know they’re in for a tough ride. But I’d like to think we can take a good idea and make it a great Beacon idea.