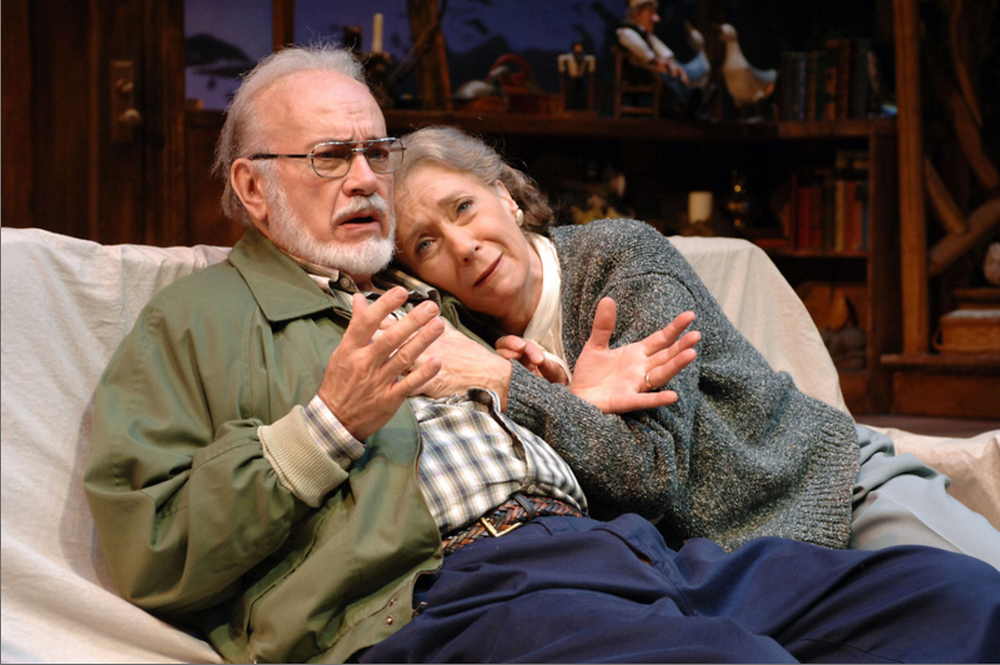 Think you’ve seen Peggy J. Scott before? You probably have. 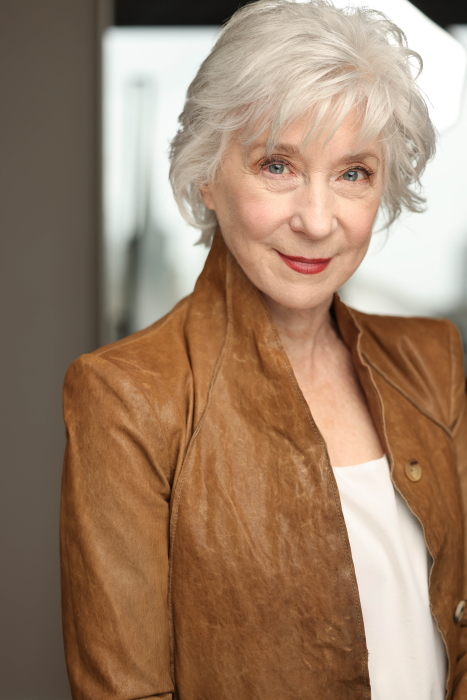 Scott is a Garrison resident who has been popping up seemingly everywhere as a guest and sometimes recurring character in series such as Succession, The Americans, House of Cards, 30 Rock, Bull and The Marvelous Mrs. Maisel (she’s in Seasons 1, 2, 3 and the forthcoming Season 5). Her recent roles include a corporate secretary; the impoverished, sawed-off shotgun-brandishing, protective mother of a son suspected of murder; and that old standby, a sassy waitress, pie in hand, quip in mouth.

Most recently, Scott has been filming Mr. Harrigan’s Phone, a Netflix project based on a Stephen King novella, in which she plays the stern housekeeper of a character played by Donald Sutherland. “Ooh, I look so unattractive in it!” Scott says, gleefully.

This jumping from one juicy small-bite role to another, punctuated by leads in plays, is far from what she imagined at her career’s inception. After graduating from Ithaca College with a bachelor of fine arts in theater, she presumed she’d be working mainly on the stage. In fact, her first jobs were at LaMama and other small New York City theaters before she spent two years with the American Conservatory Theatre in San Francisco.

At that point, Scott was ready to begin her working life anew in New York, but instead she spent a year touring with the National Theatre of the Deaf, singing and signing with the company in a production of Four Saints in Three Acts, an opera by Gertrude Stein and Virgil Thomson.

When she moved to New York, Scott studied with Uta Hagen and played roles off-Broadway and in regional theaters. An early highlight was touring with the Negro Ensemble Company — as one of its two white actors — in The We Plays, with a then-little-known Samuel L. Jackson. “I played Hannah, a schoolteacher from the North,” she says. “It was a complete immersion in another world.” 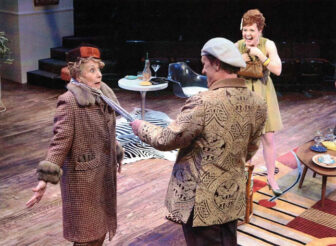 After spending two years at the Guthrie Theater in Minneapolis, Scott moved to Los Angeles to pursue television work and theater, then earned a master of fine arts in classical acting from the Shakespeare Theatre Company in Washington, D.C.

At that point, becoming a character actor wasn’t on Scott’s mind. “I just wanted to be an actress, period,” she says. “It always seemed interesting and magical. I first felt that way after seeing a production of The Crucible. It’s why I ended up in the theater — we’re all a little offbeat and I relish that.

“It was the case of, ‘Join the theater, see the world’ for me. I was young, but older actors and directors treated me like a peer. I never had grandiose aspirations of wanting to be a star. I still have a hard-baked, beginner’s mind.” 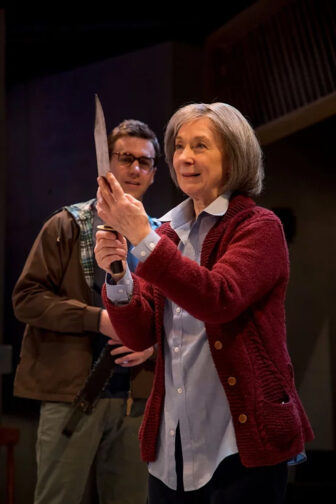 Now, Scott spends more time working in television than onstage — although she names Switzerland, in which she played author Patricia Highsmith in a Hudson Stage production that transferred to 59E59 Theaters in 2019, as a role she particularly loved.

She says she’s called in for a “rather wide variety of parts, sympathetic and otherwise. I’m surprised that TV has given me so much.” In looking at a part, Scott hopes to find “something with strong emotional content, laughs — I love comedy. It’s the part, the people, the paycheck. The part is first unless the people are just terrible. I always want to see the whole project first, not just scenes, and the whole thing does come down to taste.”

Scott has always had wanderlust, and she has found ways to connect it to her career. “Storytelling is an extraordinary art form,” she says. “When I went to Greece, sitting in the amphitheaters, I felt a spiritual connection to the storytellers who went before. We have a primordial need, a hunger for stories. We dream and tell stories to sift through the chaos of our minds.”

In early 2020 Scott decided to take several months off to see the world. A few weeks into her trip, she was on a ship about to head to Sri Lanka when a case of COVID-19 was reported there. Scott decided to head to Africa instead and rejoin the ship later. 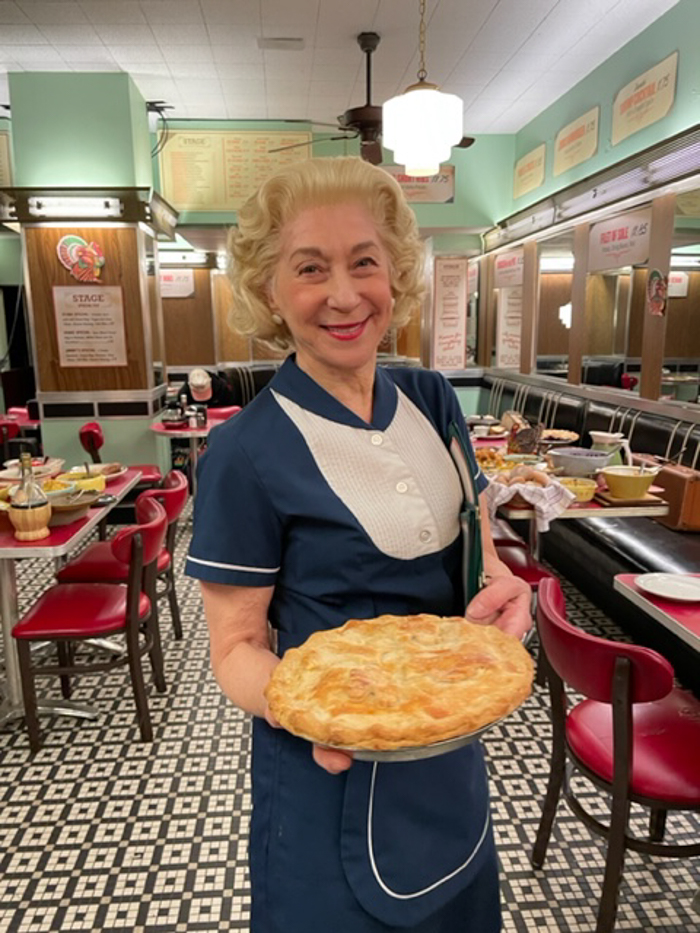 Scott serves up sass and pie in “The Marvelous Mrs. Maisel.”

“I went to Botswana, Zambia and Zimbabwe,” she says. “By the time I was ready to leave Africa, I learned I might not be able to fly out. I didn’t know what to do — I thought, ‘If I’m stuck, I’ll waitress in lodges, go back to my hippie roots.’ I learned quickly not to take it lightly. I knew I had to get out of the camp in Zimbabwe, but the day I was due to fly out, it was drizzly and cloudy, very iffy.

“I decided to try everything I’ve ever learned about positive meditation — and the weather cleared. I was on the last international flight out of Cape Town. Meanwhile, my buddies on the ship circled on and on, because all the ports were closed.”

Scott divides her time between an apartment in Manhattan and her home in Garrison. Over time she has found herself spending more and more time in the country, although she still feels the need to be in the middle of it all.

“In New York, when I’m not working I have lunch, see a show; here I’m kayaking or sailing,” she says. “It’s two halves of a whole. Part of me wants to stay cozy, but I know I have to push myself to do scary. I have a rich, interesting life in both places. I’m not a huge star, but I have a respectable career, and I enjoy it; it’s forced me to grow. I have no intention of retiring. Why do I want to pull back? I want to jump in!”