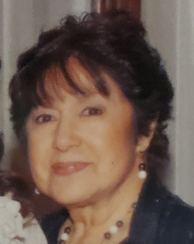 She was born in Manhattan on March 16, 1936, the daughter of Felix and Josephine Merced. She was married to John Arroyo for 65 years until his death in 2018. Gloria was a jewelry designer for Mazza & Sons in New York City.

Family and friends will gather on Saturday (March 19) from 4 to 6 p.m. at Riverview Funeral Home by Halvey in Beacon. A funeral service will be held at the funeral home at 6 p.m. Memorial donations may be made to St. Jude Children’s Research Hospital (stjude.org). 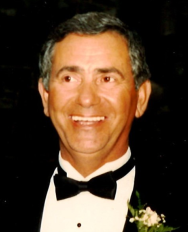 At age 18, Albert enlisted in the U.S. Army and was stationed in Oahu, Hawaii. Soon after returning home, Albert met the woman who would become his wife, Terry. They were married on Oct. 8, 1961.

A 44-year life member and past commodore of the Chelsea Yacht Club, Al was an avid Hudson River sailor. His sailboat racing skills were second to none, his family said, earning him countless victories, with many achieved while racing singlehandedly on his boat, Personal Day.

Al was also an active member of the club. As the rear commodore of hauling and storage, Al spearheaded the development and construction of the its hauling and storage facility, operations procedures and financial system. As a show of gratitude and appreciation, the club’s travel lift was affectionately named “Big Al.”

Known for his quick wit and sense of humor, he instilled laughter and good times on everyone he knew, his family said. He was a trusted confidant who could be counted on for a fair and honest outlook during the most difficult circumstances. His caring, attention and direction are held by many as being instrumental in the successes of their lives.

In addition to his wife, Albert is survived by his sons, Mark Califano (Joanne) of Milkiteo, Washington, and William Califano of High Falls; his grandchildren, Lauren, Marissa, Sara, Hannah, Thomas and Jayden; and his sisters, Carol Ann Lynch and Dolores Weinberg (Michael).

A Mass of Christian Burial will be held at 10 a.m. on May 14 at St. Mary, Mother of the Church in Fishkill, with interment to follow at St. Peter’s Cemetery in Poughkeepsie.