Kenneth S. Sapeta, 67, of Cold Spring, died March 15 when he was struck by a car while bicycling on Route 9.

Kenn was born July 26, 1954, in Mineola, the son of Edmund and Mary (Drysielski) Sapeta. He grew up in Nassau County. At age 10, he played the accordion at the New York World’s Fair in Flushing. Kenn attended SUNY Oswego, where he earned his bachelor’s degree in industrial arts.

Kenn owned InSync, where he worked as an information technologist. He joined the U.S. Marshals Service, where he has worked for the last 20 years.

Kenn was a true Renaissance man with a broad spectrum of interests and talents, his family said. He was a gifted craftsman who took delight in making beautiful things for his friends. He enjoyed hunting and fishing. He used his technological background to videotape engaging and uplifting talks to share with others. He was a gifted performer who sang opera with his wife, Cathy, at regional companies and acted in many area productions.

Kenn was involved in his faith and in his community. He was a lay associate in the Franciscan Friars of the Renewal, CFR. He was a 3rd-degree Knight in the Knights of Columbus, Loretto Council 536, and a Knight of Obedience in the Sovereign Military Order of Malta American Association. He was a member of the Whortlekill Rod & Gun Club and the Putnam County Firearm Association, and was a ham radio operator.

On Oct. 9, 2010, he married Cathy Schwarz at Our Lady of Loretto Church in Cold Spring.

She survives him, along with his daughter, Megan Biddle (Ross) and their children, Violet and Rex, of Bethel, Connecticut; and his siblings, Edmund Sapeta of Buzzards Bay, Massachusetts, and Krysia Sapeta (Martone Quitoriano) of Cocoa Beach, Florida. Kenn’s first wife, Kathleen Sapeta, died in 2007.

Friends may call Thursday (March 24) from 4 to 7 p.m. at Clinton Funeral Home in Cold Spring. A Mass of Christian Burial will be celebrated on Friday (March 25) at 11 a.m. at St. Augustine’s Church in Ossining, with interment to follow at Cold Spring Cemetery.

Memorial donations may be made to the Community of Franciscan Friars of the Renewal (franciscanfriars.com) or the Sovereign Military Order of Malta American Association (orderofmaltaamerican.org). 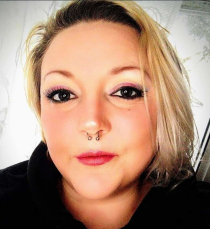 She was born in Poughkeepsie on Sept. 2, 1992, the daughter of Ralph Sheehan and Patricia Nelson.

Stephanie was kind, courageous and always willing to help, her family said. She always made sure she told those important to her how she felt about them, whether by sending a quick message to say, “I am thinking about you,” or ending a conversation with “I miss you,” “I appreciate you” or “I love you.”

She is survived by her siblings, Jodi McKnight (Kiernan), Katie Sheehan (Russ), Corey Sheehan (Kristen) and Jean Sheehan; her grandfather, Walter Chudkosky; and her aunt, Linda.