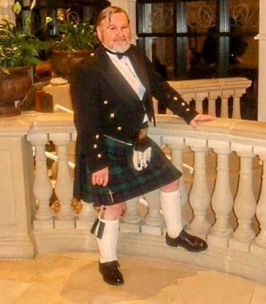 He was born in July 1945 in Beacon, the son of Robert and Dorothy Campbell, and graduated from Beacon High School in 1953 and Dutchess Community College.

It was at DCC that he met his future wife, Florence Gerth, in 1967. They were married in Poughkeepsie on Aug. 16, 1969 – which happened to be the first day of the Woodstock Festival. Gary spent his career in banking with Beneficial Financial, and Flo also worked 40 years in the industry.

Campbell’s affection for ham radio began at an early age. He received his license at the age of 14 in New York City and chatted with people from around the globe using the call sign WA2KSL. He also loved cars and in 1969 bought a new Plymouth Road Runner, and genealogy, tracing his family to the Alden family that arrived the Mayflower. He spent years serving as first vice president of the Alden Kindred of America, based in Duxbury, Massachusetts.

Along with his wife of 53 years, he is survived by his son, Darren Campbell, of Poughkeepsie; his granddaughter, Lily; a brother, Jeffrey Campbell (Lisa), of Ann Arbor, Michigan; two nieces, Allison and Margaret.

A celebration of life is being planned to take place at the Shamrock Association in Poughkeepsie, where Gary had been a member since 2008. On the first weekend of August, Gary’s family will travel to the Alden House Historic Site in Duxbury to spread his ashes on the site where his ancestors began their life in America.

Memorial donations may be made to the Alden Kindred of America (alden.org) or the Dutchess County Scottish Society (dutchesscountyscottishsociety.com).

He was born at Butterfield Hospital in Cold Spring on April 10, 1977, the son of James and Anne (Hayden) Gauquie. He graduated from Beacon High School in 1995 and attended Dutchess Community College, SUNY Cobleskill and Mount Saint Mary College, where he studied network technology. Paul worked as a technician at eMagin Corp. in Hopewell Junction.

Paul enjoyed hiking, playing guitar and recording his own music. He was an avid reader. He loved hockey and was a diehard Rangers fan. He loved animals, especially his dog, Belle, who recently died.

Along with his parents, Paul is survived by his siblings, Jenine and Jason; a sister-in-law, Jennifer (Selage); his niece Olivia and his nephew Braeden. He is also survived by aunts, Bernadette Clement and Gail Boccia, and an uncle, James Hayden (Renee).

The family will receive friends on Saturday (March 26) from 10 a.m. to 1 p.m. at Libby Funeral Home in Beacon, where a service will be held at 1 p.m. Memorial donations may be made to the Animal Rescue Foundation (arfbeacon.org). 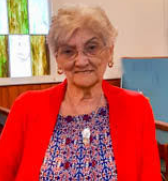 She was born in Ceiba, Puerto Rico, on Nov. 13, 1937, the daughter of Candelario Colon and Susana Castillo.

Dalila was a member of Faith Temple Church in Beacon, where she was a church mother and a Sunday School teacher. Her giving spirit led her to begin a charitable Thanksgiving dinner program that grew from five dinners to more than 150.

As a single mother, Dalila worked 18 years at the Montgomery Nursing Home to provide for her “amazing” children. Dalila found the beauty of Christ in everything she did, her family said, including her volunteer work, her church community and her gardening.

Memorial donations may be made to the Faith Temple Food Pantry (ftbeacon.org)  or the Town of Montgomery Food Pantry, P.O. 423, Montgomery, NY 12549. 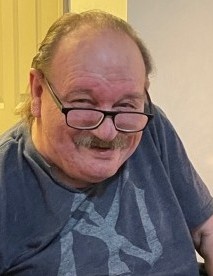 He was born in Oneonta on Dec. 24, 1946, the son of John Sebastian and Mary Elizabeth (Tymeson) Schmidt.

Ed worked as a wood furniture restorer in the Brewster area. He enjoyed watching old Westerns and he was a fan of the Rangers. He was a kind and humble person, his family said.

He is survived by his siblings: Joyce Moxley (Bill) of New Hill, North Carolina; Gene Schmidt (Barbara) of Unadilla; and William Schmidt of Dillon, South Carolina, as well as his caregiver, Tricia Emmons. 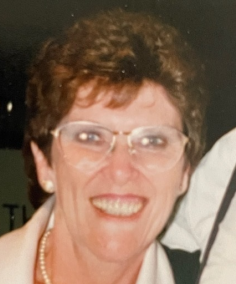 She was born in Beacon on March 27, 1936, the daughter of Franklin and Genevieve (Martin) Cism. She was the deputy town clerk in Fishkill for many years before working as the secretary to the Beacon police chief and detective bureau.

On May 30, 1954, at St. Denis Church in Hopewell Junction, she married Kenneth Scofield. Patricia was a parishioner at St. Mary, Mother of the Church, where she worked as the CCD secretary. She enjoyed reading, crochet and camping trips to Maine.

Along with her husband of 68 years, she is survived by her children: Deborah Scofield (Todd Votz) and Kevin Scofield; her grandchildren, Jason and Chrissy Fisch and Jack and Faye Fisch; and her great-grandchildren, Michael, Naomi, Nathan, Mackenzie, Riley and Kinsley.

A Mass of Christian Burial was offered on March 23 at St. Mary, Mother of the Church, followed by interment at Fishkill Rural Cemetery. Memorial donations may be made to St. Jude Children’s Research Hospital (stjude.org) or to the Hudson Valley Hospice Foundation (hvhospice.org).

Kimberly E. Vilt, 46, a former Beacon resident who grew up in Putnam Valley, died March 17 at the Kaplan Family Hospice in Newburgh.

She was born in Queens on Nov. 13, 1975, the daughter of Stephen and Karen (Mayer) Vilt, and was a 1993 graduate of Walter Panas High School. After earning her associate’s degree from Westchester Community College, Kimberly worked in sales and finance at Audi of Greenwich, Connecticut, and Geis Nissan in Cortlandt Manor. She was a parishioner at St. Columba Church in Hopewell Junction.

Kimberly will be remembered as always being artistic and creative, her family said.

Along with her father and mother, she is survived by her sister, Sabine Cox (John); her nephews, John Jr. and Austin, whom she adored; her uncles and aunts, Erich and Jenny Mayer of Australia, Elisabeth Vilt of Hungary and Hans Amos of Germany; and her cousins, Elizabeth, Karin and Renee Mayer of Australia.

A funeral was held at St. Columba Church. Because Kimberly was paralyzed for more than 15 years, memorial donations may be made to the Christopher & Dana Reeve Foundation (christopherreeve.org).