Discouraged by zoning and pushback in Philipstown

After encountering zoning obstacles and pushback from residents who feared being besieged by visitors, the lords and ladies of Kingdom Faire last week dropped plans for a nine-weekend carnival at Graymoor in Garrison and decamped to Putnam Valley.

Billed as a family-friendly festival featuring “royalty and rogues,” Kingdom Faire Pirate Haven had intended to use the mountaintop home of the Friars of the Atonement, a Catholic religious order, each weekend from April 30 through June 26. 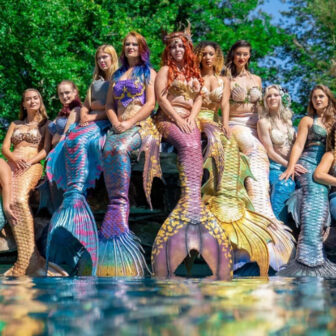 Kingdom Faire’s program includes a play and other performances, storytelling, face painting and hair braiding, games, jugglers, craft-makers, vendors, food and other activities and entertainment for would-be pirates or aristocrats and yeomen who are encouraged to arrive in costume.

When tickets became available online, Philipstown officials noted that Graymoor’s zoning — institutional conservation — does not allow outdoor events without a permit from the Planning Board or, in some cases, the Town Board.

Supervisor John Van Tassel said he learned of Kingdom Faire’s plans shortly before tickets went on sale March 5 and that he and other town officials met with representatives of the parent company, Megara, which also operates an annual Harvest on the Hudson and a Yuletide Faire.

“That size of an event in that location would’ve been very difficult to manage,” Van Tassel said. Before issuing a permit, the town would want to scrutinize traffic flows and any structures that would be put up, he said. He invited Megara to submit plans, “but obviously the timing doesn’t work for that for this year.”

Some residents objected on social media or in emails sent to Kingdom Faire. “It looks like we were all blindsided by the pirate fair,” one wrote, in a message Megara shared with The Current. “We don’t have to let it take place at all, but time is getting short. I have some firsthand knowledge about engaging large ‘forces’ with limited resources. Of course, I don’t mean violently, but many of the same strategies work for pacifists as well.”

Another note provided by Megara called the fair “a disgrace, an outrage, and shame on Graymoor for leasing land” for “lurid acts, a mermaid show with mermen, too, knife-throwing, whip-cracking, fire-breathing, sword-fighting mayhem, etc. By featuring ‘Satanic-lite’ titillating shows, the promoters are offering entertainment that should not be at this location” and could draw “as many as 6,000 [visitors] per day.”

The company described the emails as “typical of the tone and content of comments we’ve received” or were voiced “in numerous phone calls to the friars,” who were “supportive of us through this entire process and have been the subject of harassment for that.” Some opponents even “called the friars ‘demonic’ for their willingness to partner with us and host our event,” Megara stated.

Graymoor did not respond to inquiries.

Megara said that “we were excited about sharing our artistic programs with the community” at Graymoor but were “shocked by the opposition raised by a small group of individuals within and outside of Philipstown.” Some used “uncivil and hostile” language that “made members of our staff and partners fear for their safety” and “made some feel the opposition may have been based on biases around race, gender and religion,” the organization said.

On March 24, Megara announced it would move the event to a site in Putnam Valley about 2 miles from the Jefferson Valley shopping mall, where parking and a shuttle will be available.

“We are so excited to be working with Kingdom Faire to bring new arts, experiences, business and tourism to the community and region,” said Jacqueline Annabi, the Putnam Valley supervisor. Tracey Walsh, Putnam County’s tourism director, said she was “thrilled to have a new family-friendly festival finding a home in Putnam County.”