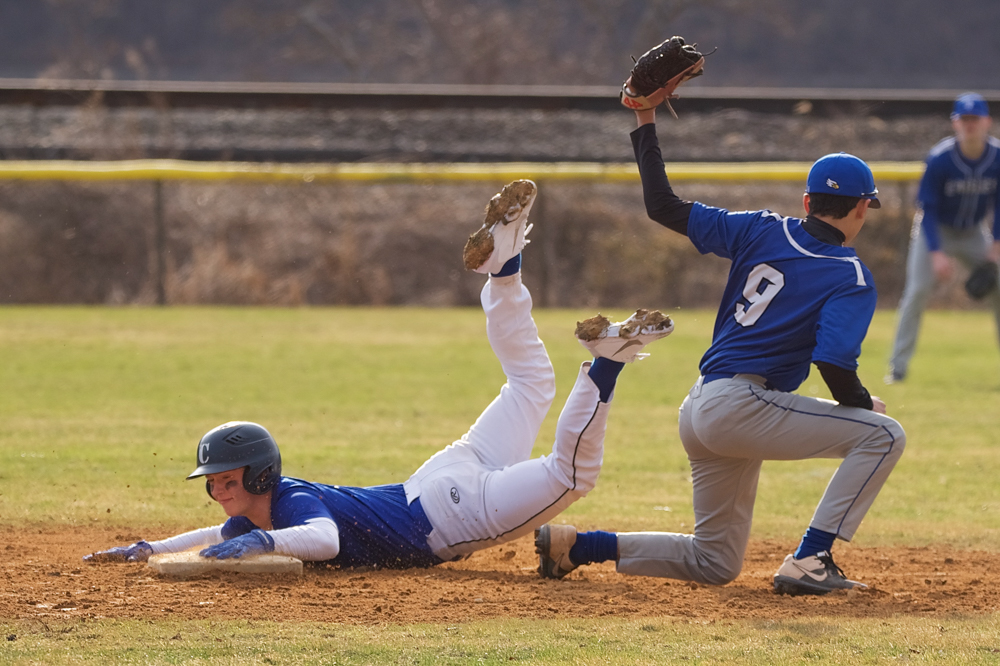 Sophomore Jeremy Hall slides in safely at second base during Haldane's season opener on Wednesday. (Photos by S. Pearlman)

After finishing 1-16 and losing in the Class D sectional semifinals to Tuckahoe last spring, Haldane is hoping to see improvement this season, and third-year coach Simon Dudar believes the Blue Devils are on the right path.

“We don’t have a lot of experience,” Dudar said. “But once they get some games under their belts, I believe we can be a good team.” 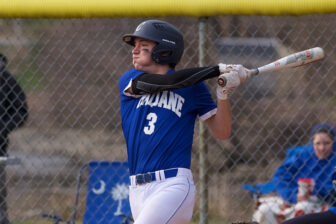 Haldane will look to Ambrose and McCarthy — both right-handers — on the mound. “Our pitching staff is a work-in-progress,” Dudar said. “We’ll need Julian and Trajan to lead the way until some of those other guys gain experience.”

Offensively, Eng-Wong will be at the top of the lineup, along with Hall, McCarthy and Ambrose. “I don’t think we’ll have a lot of strikeouts,” the coach said. “They can put balls in play. Hall and Hotaling both give us power.”

Dudar said after last year’s COVID-restricted regional season, this year’s games should be more competitive. “We’ll take one game at a time and get guys used to the varsity level,” he said. Because Haldane is one of only four schools in Class D in Section I, “we’re always in it” for the tournament, he said.

The Blue Devils opened their season on Wednesday (March 30) at home, dropping a 12-1 decision to Dobbs Ferry. Erickson took the loss on the mound, with relief from Nakabayashi and Hotaling.

Kisslinger drove in Haldane’s only run; Hotaling went 2-for-3 at the plate. 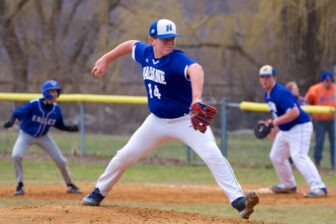 Dudar noted the Blue Devils committed only one error and “we got a good look at our freshmen pitchers. We played good defense, and I thought our bats looked good. Everyone put the ball in play. Some of our guys had some jitters in their first varsity game but they’ll settle down.

“Our pitchers did well,” he said. “Erickson, in his first game, didn’t back down. His velocity was good, and even with guys on base, he worked out of trouble and came out with a positive attitude. And Nakabayashi threw two scoreless innings in his first varsity start, which was impressive.”

Haldane is scheduled to visit Yonkers Montessori Academy on Saturday (April 2) and host Palisade Prep of Yonkers at 4:30 p.m. on Wednesday (April 6).