The two years in which the doors were closed were not idle ones for the volunteers who run the Chapel Restoration in Cold Spring. 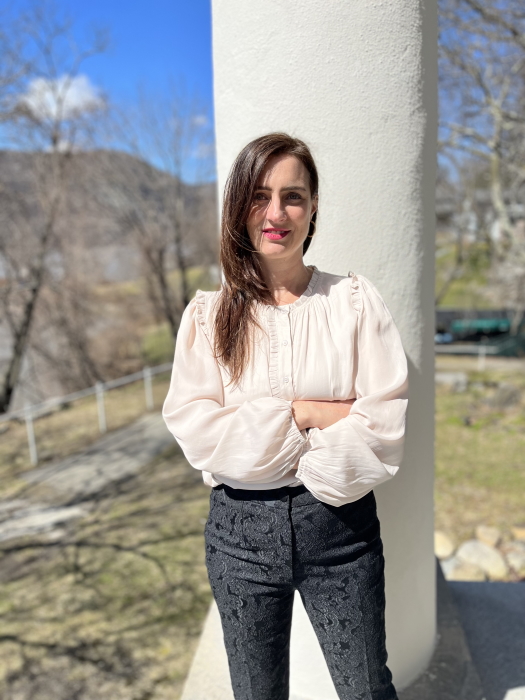 Bekah Tighe at The Chapel Restoration (Photo by A. Rooney)

Bekah Tighe, a former board member, is now president, overseeing the serene site, which has been a Hudson River landmark since it was built in 1833 in Greek Revival style. As the first Catholic Church north of Manhattan, it initially served West Point Foundry workers and their families.

After it was abandoned in 1906, the weather, fire and other elements took their toll and by 1970, it was in ruins. A group led by Academy Award winner Helen Hayes worked to restore it.

Tighe detailed some of what’s been going on, behind the scenes, since the closure.

“We collaborated with the Howland Cultural Center [in Beacon] and the Newburgh Chamber Music Society in an online concert series, AliveMusica, and worked on planning for upcoming events,” she says. “Unfortunately, though we had a great lineup, a lot of events didn’t happen because of the COVID-19 waves.

“Last year we thought of bringing back outdoor concerts, but then came the [omicron] surge,” she says. “It became hard to commit when the amount of work we have to do to keep the outdoors safe is significant. We’re determined to have more outdoor events and to make those events safe for the community.

“During COVID, we were able to have the exterior painted, and a lot of trim work repaired,” Tighe says. “We also redesigned our website, with a focus on events.”

Wish-list items include better lighting for concerts, and having the interior, with its high ceilings, painted. “This will be a big job,” she said. “It needs to be done perfectly to ensure [the space] keeps its pristine beauty.” 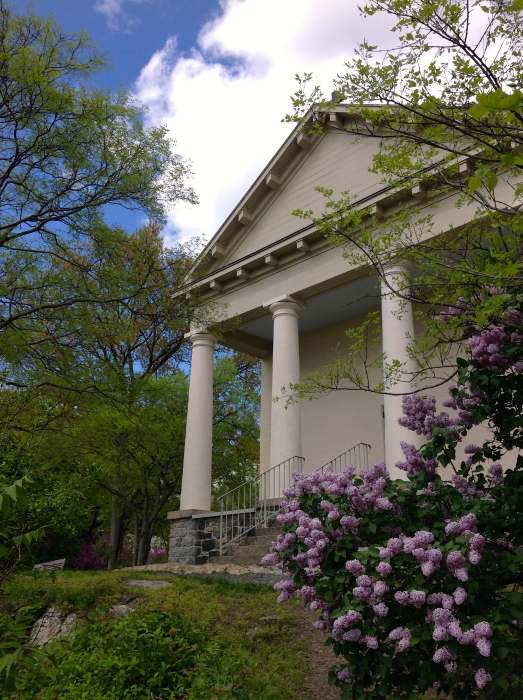 As an all-volunteer endeavor (with the exception of one paid worker who supervises the many weddings), “if we have 20 events, we’re spread thin,” she says. “It’s the 50th anniversary of Helen Hayes’ efforts, and that’s served to remind us we will have more to do — for the community, the buildings and the grounds.”

Tighe, who grew up in the area, has warm memories of the Chapel Restoration. She recalls attending holiday concerts at which each child received a lit beeswax candle. “It was just gorgeous,” she says. Tighe was married in the Chapel and later joined the board because, she says, “I just felt a connection, always. It is a place which can be anything people want it to be. Though it’s not a church, it can be an inspiring place, or simply a place of beauty.”

The 2022 season, so anticipated, will open at 4 p.m. on Sunday (April 3) with a reading by poet Jeffrey McDaniel, a Cold Spring resident who teaches at Sarah Lawrence College. Expect a vivid combination of content and delivery, animating the usually quiet space, with its rows of pews, light streaming in, and double doors which open onto a portico facing the river.

The event is part of the Sunset Reading Series, organized by Tighe and documentary filmmaker Ivy Meeropol, which has brought many notable writers to Cold Spring. “We love when Jeff reads,” Tighe says, “because his writing is great, but he’s also such a great performer. The wine and cheese socializing on the portico after Jeff’s readings is always lively.”

McDaniel will be followed by the prolific novelist and critic, and National Book Award finalist, Francine Prose on May 1. Prose’s latest novel, The Vixen, published last year, is loosely based on the case of Ethel and Julius Rosenberg — Meeropol’s grandparents and the subject of one of her films — who were executed in 1953 after being convicted of spying for the Soviet Union.

On April 24, classical music returns with the first concert in the Sunday Music Series with Soo Bae on cello and Mia Chung on piano performing Brahms’ Cello Sonata No. 2 in F Major and Cello Sonata No. 1 in E minor. The series, organized by Barbara DeSilva, has been going strong for two decades, and the monthly concerts will run through November. 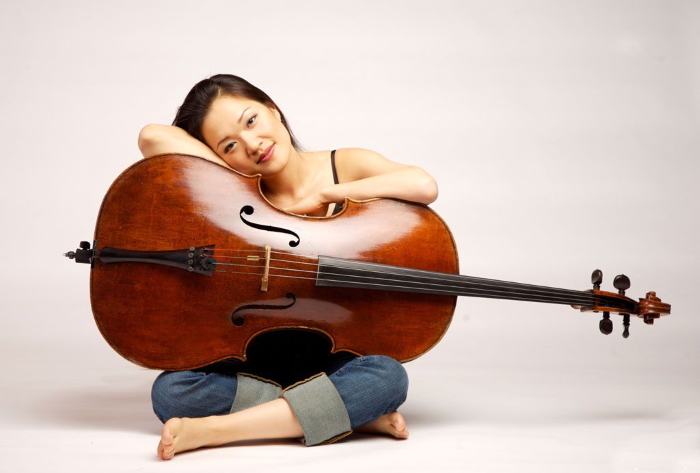 Along with performances from the traditional classical repertoire, a program with classical guitar coupled with flamenco dance is scheduled for June 5, and, on June 26, the Bohemian Trio, featuring Yosvany Terry (saxophone), Yves Dharamraj (cello) and Orlando Alonso (piano) will play pieces that originated in Cuba and the Americas. On Aug. 14, Celtic harpist Maeve Gilchrist, who lives in Cold Spring, will perform selections inspired by Edna St. Vincent Millay’s poem, “The Ballad of the Harp-Weaver.” 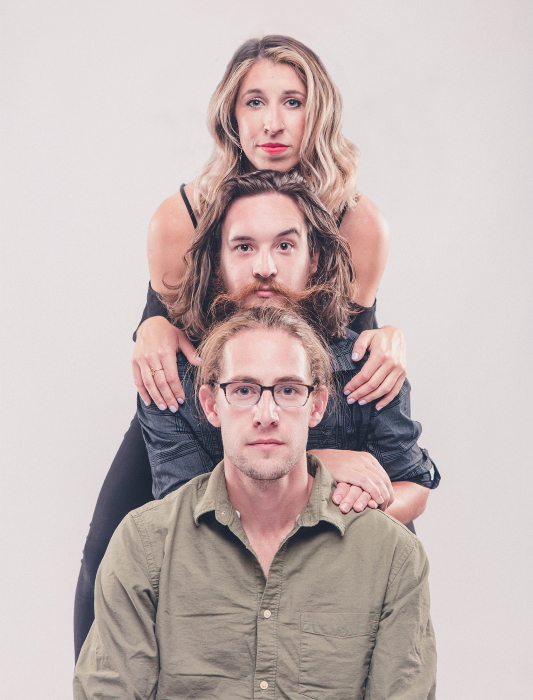 The volume will get turned up for another music series, Restoration Roadhouse, which presents touring independent rock, blues, folk and bluegrass musicians. The series will make its 2022 debut on May 13 with Damn Tall Buildings, a Boston-based group described by The Boston Globe as “the Carter family for the millennial generation.”

As with other Roadhouse performances, there’ll be food and local craft beer for purchase; this date features Caribbean cuisine by Bazodee Street.

Restoration Roadhouse is run by Tighe and Sonia Ryzy-Ryski. To locate bands, they listen to a lot of music and keep an eye on who is opening for bigger-name acts they like. “We are often able to get them when they’re coming through this area en route to bigger concerts nearby,” Tighe says. “We pride ourselves on taking the time and energy to do the research. We think we have a good track record.”

Sunny War, described by National Public Radio as “a funk-punk phenom” with a “guitar style that has been compared to Robert Johnson,” has been booked for Sept. 16.

Another returning series is Jazz at the Chapel, though not much has been booked beyond vocalist Samara Joy, winner of the 2019 Sarah Vaughan International Jazz Vocal Competition, who will appear June 16. “Samara’s voice and her music seem to belong to all time, like she’s connected to the entire history of jazz all at once,” says jazz writer Will Friedwald. 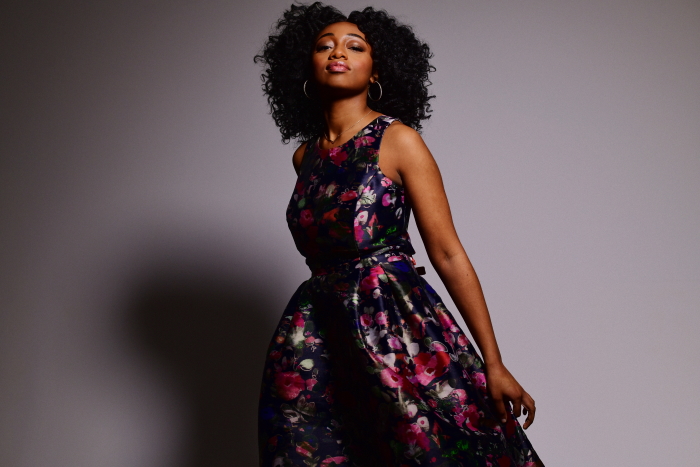 Authors, poets, musicians and others who perform at the Chapel Restoration seem to enjoy their experience, Tighe says. “Many of them don’t know the location, and they inevitably are surprised and pleased when they get here,” she says. “A wonderful thing about performing here is the reader or the musician can look out at the river. And the acoustics are amazing. Really, no one’s ever disappointed.”

The Chapel Restoration is located at 45 Market St. in Cold Spring, adjacent to the Metro-North station, where parking is free on weekends. For a full calendar of events, see chapelrestoration.org. Most are free, although donations are welcome. Tickets for Restoration Roadhouse and Jazz at the Chapel concerts are $25.