The New York State Board of Elections last month released figures showing the number of active voters by location and party as of February.

The figures do not include registered voters who had not cast a ballot in the previous two federal elections. 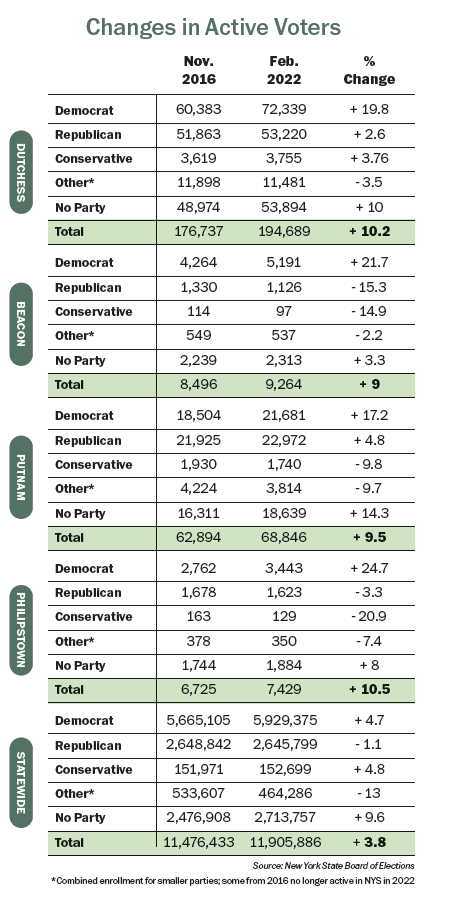