A man’s body was found on the riverbank at Dockside Park on Monday (April 4), according to the Putnam County Sheriff’s Department. 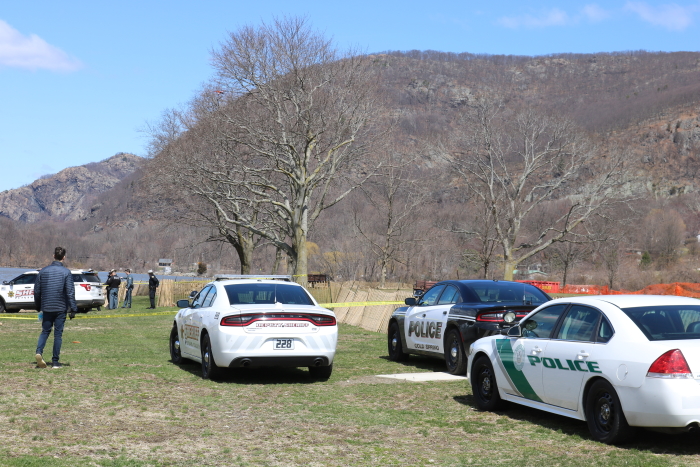 Police officers responded on Monday to a report of a body in the Hudson River near Dockside Park in Cold Spring. (Photo by Michael Turton)

“The investigation is ongoing and further information will be released when it becomes available,” said Capt. Michael Grossi.