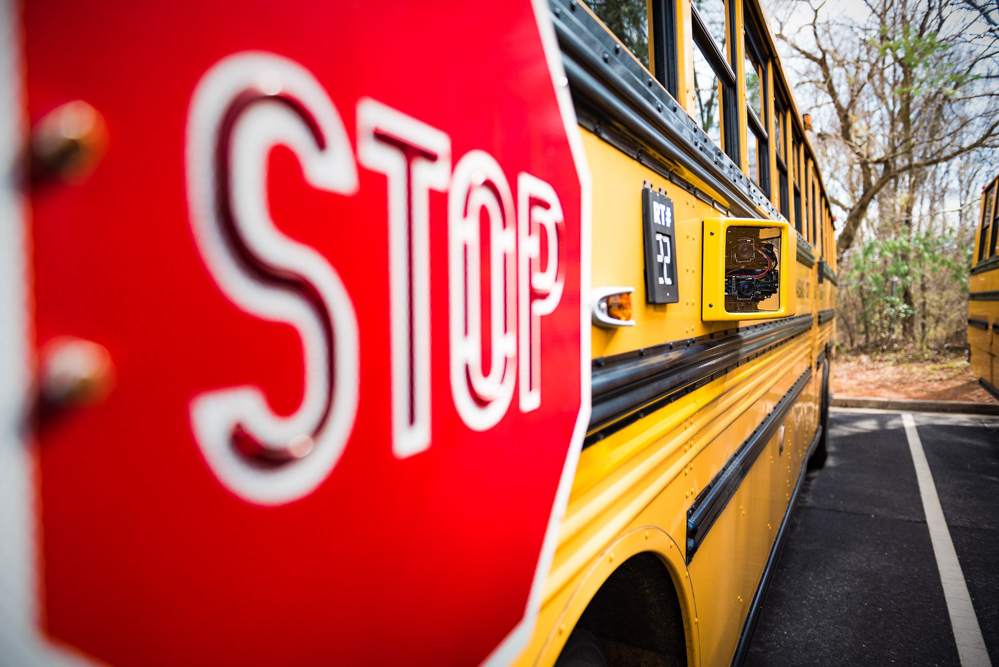 Cameras are mounted on the sides of school buses and activated with the stop arm. (Photo courtesy of BusPatrol)

Will record vehicles that illegally pass during stops

The Putnam County Legislature voted 8 to 0 on Tuesday (April 5) to equip school buses with cameras to identify vehicles that illegally pass buses that have stopped to pick up or drop off students.

Meeting in Carmel, the legislators agreed to establish a program with school districts such as Haldane and Garrison to use the cameras to photograph or video-record cars that violate safety laws, helping police agencies to find and fine drivers.

The cameras, installed on the exterior of the bus, work in tandem with the red stop-sign arm that extends when the bus stops for students.

The images and recordings of suspected violations would be sent to the county and destroyed 90 days after resolution of a case. Fines range from $250 for the first offense to $300 for the third or subsequent violations within 18 months.

The legislative resolution authorizing the project did not state how much it would cost or whether the county would run the program directly or, instead, outsource its management to a private company.

However, in a presentation to the Legislature’s Protective Services Committee in February, Jean Souliere, chief executive of BusPatrol, a firm that provides and monitors school bus camera systems in several states and Canadian provinces, said that a camera program is “100 percent violator-funded” by fines.

Citing data from the National Association of State Directors of Pupil Transportation Services, Souliere said that an estimated 17 million school bus stop-arm traffic violations occur annually in the U.S. School bus camera systems discourage infractions, he added, and “98 percent of the violators who get a ticket don’t illegally pass a school bus a second time.”

BusPatrol, which launched a program in Dutchess County earlier this year, runs a pilot project in Westchester County and oversees cameras in 71 school districts in Suffolk County, he said.

“These are tight roads in the county up here. It just makes no sense to pass a school bus that has a stop sign, flashing lights, etc.,” said Legislator Joseph Castellano of Brewster. “This will put an end to it.”

“This obviously is a win-win for everybody,” said Legislator Nancy Montgomery, who represents Philipstown and part of Putnam Valley. But she also urged that as Putnam prepares such measures it discuss them with leaders of the local jurisdictions. In this case, she said, school officials in her district did not know of the bus camera plans until she alerted them.

One thought on “Putnam Approves Traffic Cameras for School Buses”