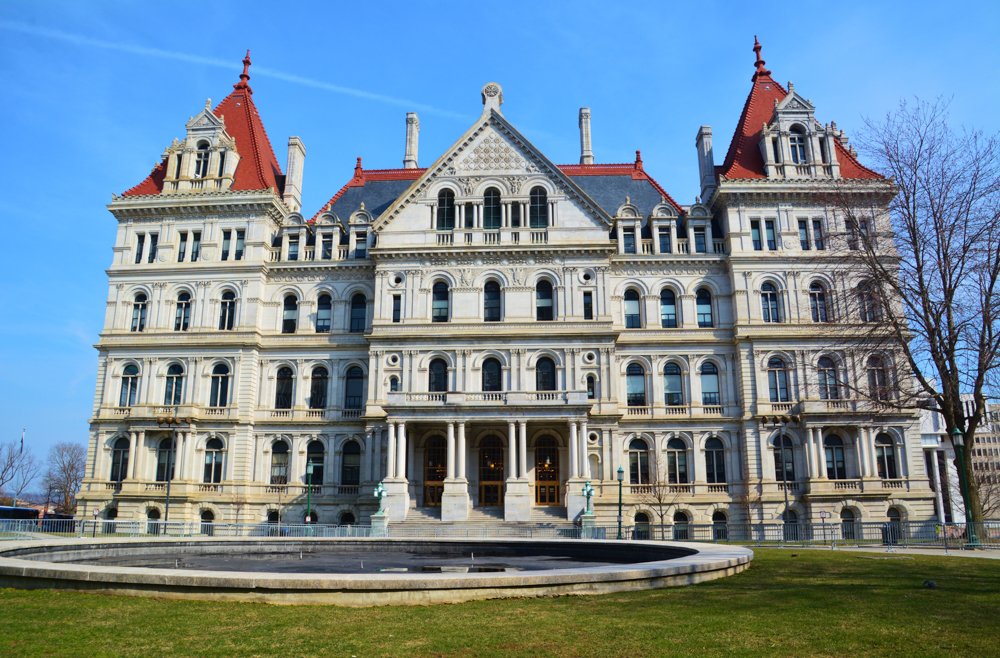 A few days after it passed, Galef and Jacobson each called it “a good budget.” Said Galef: “There are many things in the budget trying to help people very directly.”

Jacobson listed its high points: more funding for education; expanding preschool programs; and addressing child care needs. “And we did all that while having a middle-class tax cut and a property tax rebate,” he said. “We also made some common-sense changes to bail reform.”

Serino, in contrast, described the budget as a “bungled” piece of spending that failed to allocate enough money to public safety, access to child care and fighting tick-borne diseases, or to ensure “adequate care and fiscal relief for seniors and other vulnerable New Yorkers.

“While I am proud that this final budget includes a number of proposals that I fought for,” including school aid, mental health programs, streamlining services for military veterans and infrastructure funding, “ultimately, I could not support the budget in its entirety,” she said in a statement on April 9.

Serino said she did support provisions that moved a middle-class tax cut to 2023 from 2025 and created an investment tax credit for farmers.

The budget provides $31.5 billion in education spending, the most ever and 7.2 percent more than 2021-22. Galef said its 7.7 percent increase in aid should mean 15 percent more for Haldane and 3 percent for Garrison.

The funding includes $100 million over two years for “high-need” districts to provide afterschool programs and mental health services to tackle such problems as student learning losses from the pandemic; teacher recruitment; and $2.2 billion for capital projects at State University of New York (SUNY) and City University of New York (CUNY) campuses, plus funds for tuition assistance for part-time students and for community colleges that experienced declining enrollments.

The budget allocates $1.2 billion for clean water and air programs; $400 million to fight climate change and for conservation; and $500 million for offshore wind energy. It also requires that, by 2027, districts purchase only zero-emission school buses and that, by 2035, the entire gas-powered fleet be replaced. It provides $500 million in bond funding to help districts buy the buses and charging stations.

On a related front, the budget reduces the state tax on vehicle gas by 16 cents per gallon from June 1 through Dec. 31 and encourages counties to limit their gas tax to the first $4 per gallon. It also suspends other fuel taxes, such as one that supports mass transit, while reimbursing transit agencies from the general fund.

Galef said that while the tax cut benefits consumers, it’s “taking money away from roads and transportation.” The cut “also, in a way, is counter to our efforts to deal with climate change,” she said. “So it’s a conflict.”

To aid small businesses harmed by the pandemic downturn, the budget establishes a tax-relief program for capital improvements. Recipients can apply the money to such overhauls as changes to facilitate social distancing; upgrade heating and air conditioning; and install equipment for no-contact transactions.

In addition, the budget creates a property tax relief credit for lower-income homeowners, including seniors, and expands eligibility for child care subsidies to 300 percent of the federal poverty level, or $83.250 for a four-member family.

During the pandemic, the state allowed restaurants to sell takeout alcoholic drinks. The budget extends that for at least three years, although the drinks must be in sealed containers (no bottles) and sold with carry-out meals.

It further provides $800 million to aid renters facing eviction and $250 million for assistance to residents behind on utility payments.

The budget provides $1.2 billion for bonuses for front-line health care workers; $3.9 billion for hospitals financially strapped by the pandemic, and $2.4 billion for health infrastructure. In addition, it creates a program to spend $7.7 billion over four years to increase the basic pay of home health care workers. “That’s one where I think we could do better — and we will continue to do better,” Galef said.

The budget revisits changes made in 2019 that eliminated bail for people charged with most misdemeanor and nonviolent felony offenses, such as burglary, illegal drug use, assault that does not lead to serious injuries and stalking. The reform faced criticism that it let too many dangerous suspects remain free pending trial.

Galef said the law needed tightening, especially around guns, “whether they were loaded or not” and regardless of “how they were used. Guns are guns and can kill people. So we did some changes.” The revised law permits judges to require bail if a suspect is accused of having or using a gun.

“The other one [concern] was repeat offenders,” Galef added. “People would get misdemeanor tickets and go out and do something again even before they were back in court.”

Despite praising the budget, Galef said some matters could have been dealt with elsewhere. “We got caught up in other issues besides funding” state government, she said. “That was the downside.” Bail reform or drinks-to-go legislation “does not need to be in a budget,” she said.

This was Galef’s last budget vote after 30 years in the Assembly. She will retire at the end of the year.