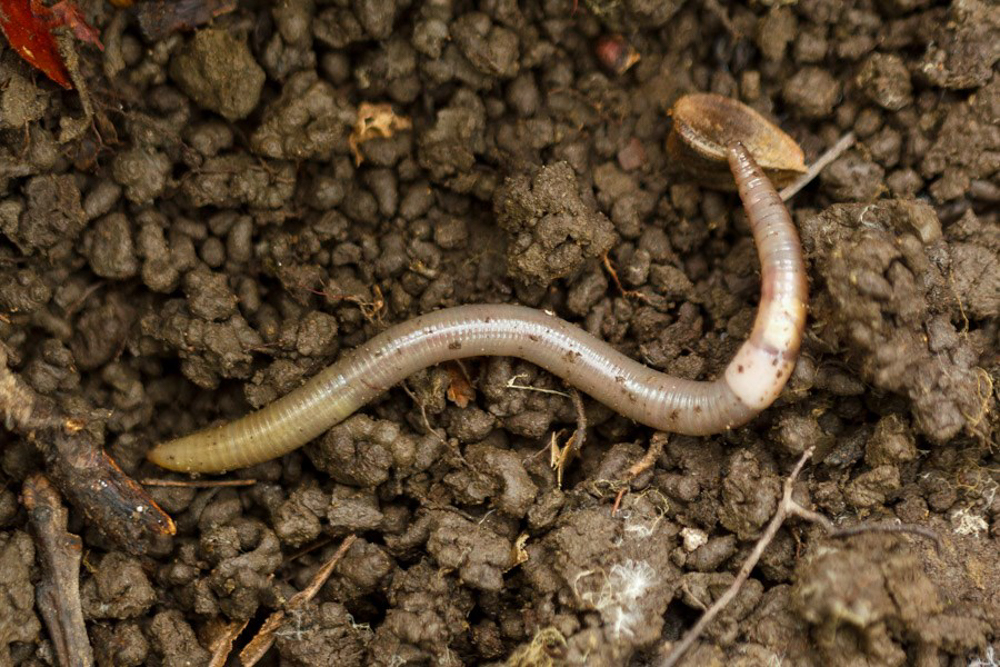 The white collar and its distinct movement make the jumping worm easy to identify. (DNR Wisconsin)

Asian jumping worms come up in every forum at which I interact with gardeners. Their namesake signature movement — thrashing like a snake or jumping when disturbed — causes alarm, disgust and maybe awe (if you’re a scientist). They slither when they move and a white band near the head distinguishes it from European earthworms, which have a red band in the middle. If you’ve interacted with one, you will know it.

In Northeast forests, worms can be problematic because they take nutrients from the soil, depleting the resources for native trees and plants. Like other invasive species, jumping worms have traits that cause great damage outside their native environments.

They are voracious eaters, consuming dead leaves on the ground before they can break down to add nitrogen to the soil. They also propagate freely: Although a jumping worm doesn’t live for more than one season, it can reproduce (by itself) within 60 days of hatching in April or May and create two more generations before it dies after the first frost.

I have found jumping worms in my gardens for many years and feel a certain hopelessness about it. Going down the internet wormhole doesn’t help. Gardeners are doing desperate things to their soil to get rid of them.

It was comforting to discover that research and resources are focused on the issue.

Annise Dobson, a researcher at the Yale School of the Environment who is looking at how jumping worms impact plants and how they disperse, agreed to answer a few questions about these invaders. She is part of a group called Jumping Worm Outreach, Research and Management, or JWORM, organized by the New York Invasive Species Research Institute.

Do jumping worms change what plants can survive?

There are a small number of plants that can flourish in association with jumping worms. But in areas that are heavily browsed by deer, most plants do catastrophically worse. I’m working on a research paper and its main findings are that we lose native plants and the diversity of native and introduced plants because of the worms. For example, Solomon’s seal is a native plant that can withstand deer or jumping worms, but not both. It’s these instances where multiple stressors interact.

I’ve heard that jumping worms love mulch. Why is that?

There is a strong pattern but they haven’t been [definitively] linked. Anecdotally it appears they lay eggs before the mulch is piled and spread around. Jumping worms like to live under mulch because it is easy for them to move around and it protects them from drying out. 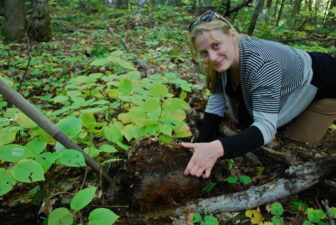 I use wood chips for sustainable gardening. Should I stop?

If you’re getting fresh chips, there are probably no jumping worms in it. And if you move the chips directly from the pile to the intended location without stops, you’re probably not moving any jumping worms. If it sits for a while, it could attract jumping worms and then you could be moving cocoons or worms when you spread it.

Gardeners are getting the idea that they should not mulch or use wood chips. Is it better not to use mulch?

We don’t have the answer yet.

Are there any control methods?

Heating the soil at the right time of year can impact cocoons. The lethal temperature is 104 degrees. Maybe doing it after a few hard frosts starting in November could work but more research is being done on how to do it and how long it would take. Worms can easily move away and are sensitive to heat. It’s a tough question because there are all these other impacts from doing that.

What should gardeners be doing?

The big thing is not to spread them. Changing human behavior can do a lot to help. Clean your tools and make sure there aren’t big chunks of soil on them. Cocoons are about 2 millimeters wide and can be seen. Spray down equipment between job sites.

What should gardeners consider when it comes to plants?
Bare root plants are the best option when bringing plants to your garden. That way you aren’t moving soil from one place to another that may have eggs or jumping worms in it. Big, established plants with deep roots withstand jumping worms best. Deep-rooted prairie species and native ground covers that spread through stoloniferous growth are effective, too.