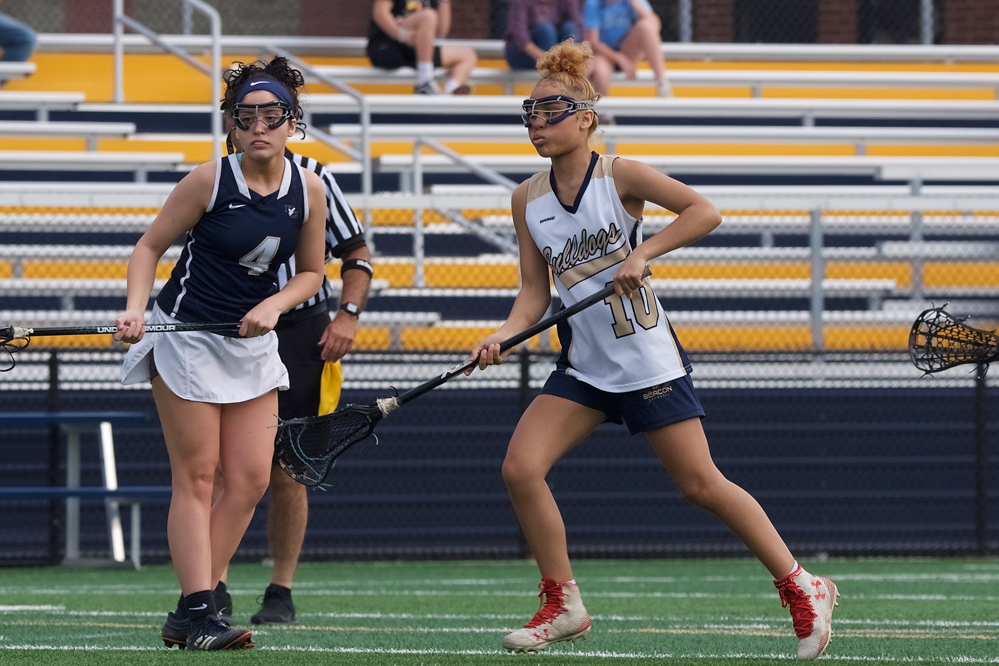 Beacon got its first taste of victory on Wednesday (April 13), dominating Burke Catholic of Goshen, 17-4, in a game played at Beacon High School.

“It feels great to get our first win,” said Taylor Modica, Beacon’s first-year coach. “I’ve been seeing a lot of improvement with communication and passing. The effort and attitude is getting better, and we’re getting challenged. That’s what’s helping us build our team.

“When we get down, a lot of people are hard on themselves,” Modica added. “And it can be hard to get back into that momentum. But once we see that we’re capable of scoring, or doing well, that brings us back to a good place.” 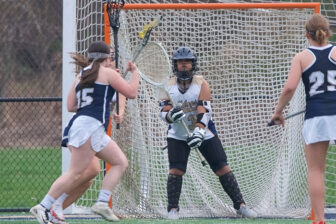 She said the captains, Maddie Bobnick and Senior, have been “great at being the support system the team needs.” She added that Pagan, a senior who is new to the goalie position, has been a pleasant surprise.

On Monday (April 11) at Pawling, Beacon fell 14–5 to a strong Tigers team. Camacho and Senior each had two goals and Pagan stopped 11 shots.

“We were down a few players due to spring break but we came out fighting,” Modica said.

The Bulldogs (1-4) will host Goshen on April 22 and travel to Roosevelt for a non-league game on April 25.

Two sophomores — Liam Gaugler and Evan Giachinta — had career days on Tuesday (April 12), accounting for 11 goals and five assists in a 16-6 Haldane win over James O’Neill of Highlands Falls, in a game played in Cold Spring.

Haldane also had a strong game on April 9 at home, pushing past Sleepy Hollow, 9-4.

Giachinta fueled the offense with a pair of goals and two assists; Robbins and Van Tassel each scored twice and added an assist; and Jesse Hagan, Frankie DiGiglio and Gaugler each had a goal. Hankel stopped eight shots.

Coach Eddie Crowe said his team has been making steady progress. “Sleepy Hollow beat us 14-1 last year, so to compete with them shows me the improvement we’re making. We’re getting a lot of production from a lot of different people.

“Giachinta has been playing very well; he’s probably been our most consistent guy,” Crowe added. “Brody Corless has also been playing good defense — he’s a tough freshman — and Frankie DiGiglio has been good on the face-offs, and creating opportunities. Dylan Rucker has also been strong on face-offs.”

Haldane (3-1) is scheduled to play Tuesday (April 19) at Pleasantville.

Beacon played in the Spring Bash Baseball Tournament on Tuesday (April 12) at Dutchess Stadium, defeating Rhinebeck, 7-3, in the semifinals behind the relief pitching of Owen Browne, who had seven strikeouts in four innings.

Tyler Haydt led the offense, going 2-for-3 with a pair of RBI. Jackson Atwell had two hits and three stolen bases, and Derrick Heaton and Owen Browne each drove in a run.

In the championship game against Spackenkill, under the lights and before a sizeable crowd, the Bulldogs came back from a 9-1 deficit before falling, 9-7.

Green and Haydt were named to the all-tournament team.

“I was proud of the guys, and their focus, coming back from a 9-1 deficit to a very talented Spackenkill squad,” said Coach Bob Atwell. “We were one play away from changing the outcome.”

Beacon fell, 18-0, to Monroe-Woodbury of Orange County on Tuesday (April 12), with Mikayla Sheehan taking the loss on the mound.

“We had some strong innings defensively, but Monroe-Woodbury has a strong pitching game, which shut us down offensively,” said Coach Michael Carofano.

Beacon also dropped an 18-9 decision to Port Jervis on Monday, with Olivia Ciancanelli taking the loss on the mound.

Haleigh Zukowski went 3-for-4 with a double and an RBI; Katherine Ruffy went 2-for-3 with two doubles; and Sheehan drove in two runs with two hits.

“We had too many errors in the field, which put us in a hole in the middle innings,” said Carofano. “At the plate, we started off slow, but ended up having a good day offensively. It is still early in the season and I’m confident in our team that we will clean things up.” 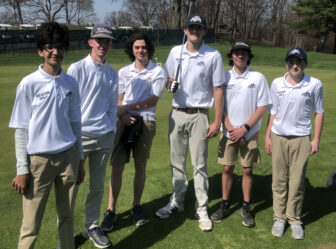 The Bulldogs’ other loss was to Arlington, 227-269, on April 6. They visit Monroe-Woodbury on Monday (April 18), host Middletown on Wednesday and travel to O’Neill on Thursday.

The Haldane team is scheduled to travel to Walter Panas on April 21.

Beacon opened its season on April 6 with a win over Goshen, 4-3. Danny Barry won the fourth singles, and the Bulldogs swept in doubles with wins from Brock Barna/Scott Bunker, Tommy Franks/Charlie Klein and Imroz Ali/Frank Zezza.

The Bulldogs (1-1) travel to Burke Catholic on Tuesday (April 19) and Valley Central on April 22.