Pulls man and dog to safety in Carmel

A state environmental conservation officer has been credited with pulling a driver to safety following an automobile crash in the Town of Carmel on April 7 just moments before the vehicle exploded into flames.

Officer Daniel Franz was on patrol when he saw a vehicle had gone over the edge of an embankment at the intersection of Route 301 and Gipsy Trail Road.

As fire spread beneath the vehicle, Franz crawled into the damaged car through the passenger door, allowed a dog inside to escape and pulled the driver out, police said. He had dragged the man a few yards away when the vehicle exploded.

The driver was transported to a hospital and Franz continued his patrol, the Department of Environmental Conservation said. 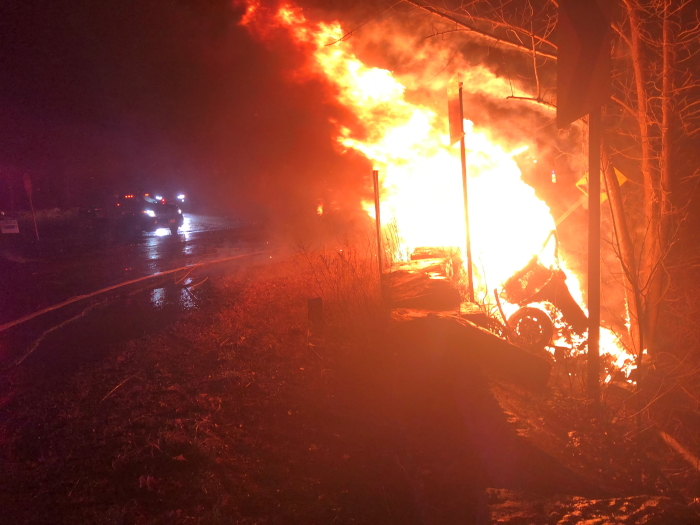 A DEC officer saved a man and his dog from this vehicle in Carmel before it exploded.

One thought on “Officer Saves Driver from Burning Vehicle”