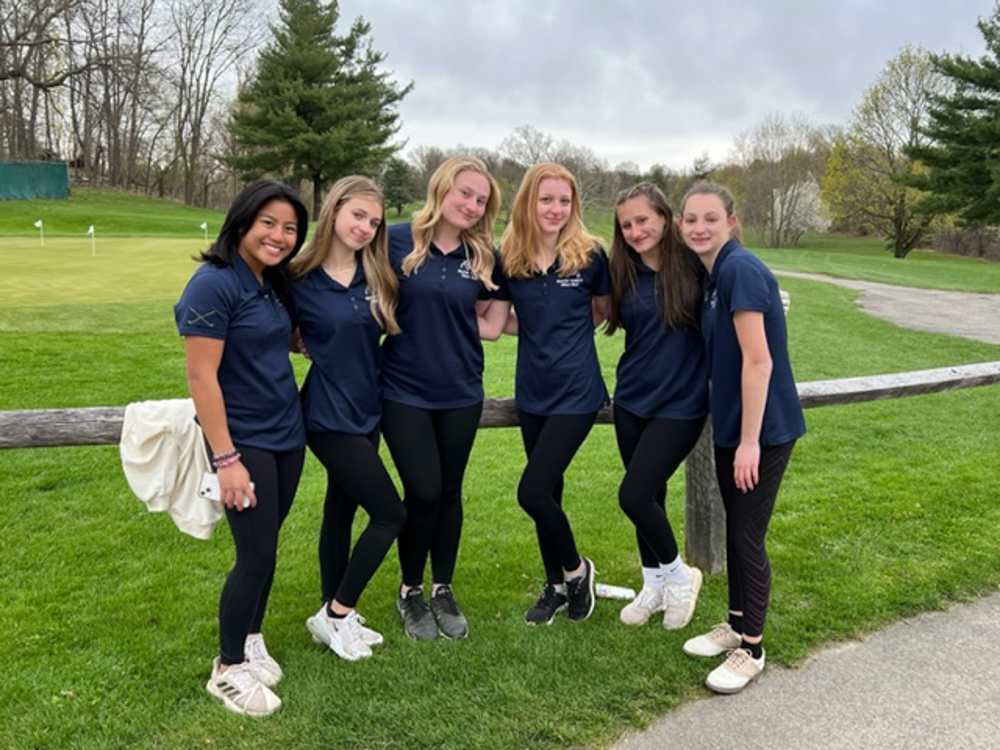 The Bulldogs won their first match on Monday (April 18) since Beacon’s move to Section IX, defeating Monroe-Woodbury by a stroke, 179-180.

Beacon was led by Elizabeth Ruffy with Izzy Amundson close behind. “That was a great team effort,” said Coach Jeanmarie Jacques.

The Bulldogs are scheduled to host Cornwall on Tuesday (April 26).

Beacon took on Minisink Valley on Wednesday (April 20) at Memorial Park but fell 15-2 to drop to 1-5 overall and 1-2 in league play. 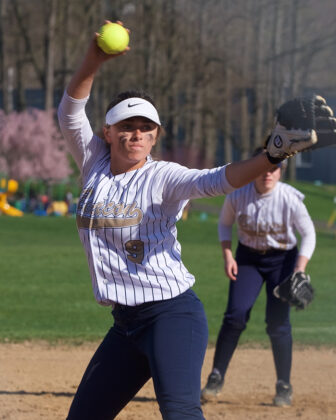 “Today’s game was a microcosm of our last few games,” said Coach Michael Carofano. “We played good defense, and we’re limiting errors, and that’s been a positive. But in both games we scored in the first inning, then our bats cooled down. We struggle to hit consistently.”

“Minisink was the No. 1 seed in the Class A tournament last year, so we knew they would be a quality team,” Carofano said. “They’re a strong-hitting team and put the ball in play a lot.”

Despite the score, “we made a lot of solid plays,” he said. “Katherine Ruffy has been coming into her own — she’s been playing a big role as a freshman, and is turning into a solid shortstop. Olivia Spiak in center has been doing well — she was our shortstop, but unselfishly moved to center field. She covers a lot of ground.” 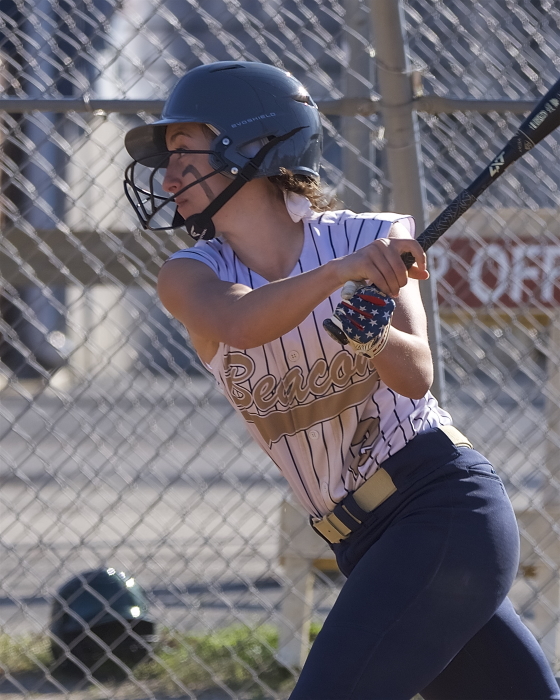 Olivia Spiak scored one of Beacon’s two runs in a loss to Minisink Valley. (Photo by S. Pearlman)

Carofano said his pitchers also have been showing steady progress. “Although she didn’t play last season, Mikayla can throw strikes,” he said. “Olivia Ciancanelli is our most experienced pitcher. Bella is also new and has been providing good relief.”

In Wednesday’s game, Ruffy and Spiak each had a hit and scored; Sally Betterbid had a hit; and Ciancanelli had an RBI.

On April 16 against visiting Valley Central, the Bulldogs dropped an 8-3 decision, with Sheehan taking the loss in the circle. Haleigh Zukowski doubled and drove in two runs, and Spiak scored a run.

“Our bats started out hot, but we ended up leaving eight runners on base after the first inning,” Carofano said.

On April 14 at Middletown, Beacon fell, 23–1, with Ciancanelli taking the loss. White pitched in relief. Zukowski went 2-for-2 with a double and Sheehan singled.

The Bulldogs are scheduled to host Washingtonville today (April 22) at 4:15 p.m. They travel to Port Jervis on Saturday and Lourdes on Monday, and host Cornwall on Tuesday.

“We haven’t played in a while, but we’re working hard, and improving as we go,” Coach David Ryley said. “Today we played well consistently.”

Beacon improved to 2-1 overall, and 2-0 in league play. The Bulldogs are scheduled to host Valley Central today (April 22), Cornwall on Monday and Newburgh Free Academy on Tuesday.

Haldane picked up a 13-7 victory on Tuesday (April 19) at Alexander Hamilton, improving to 2-2 on the season. 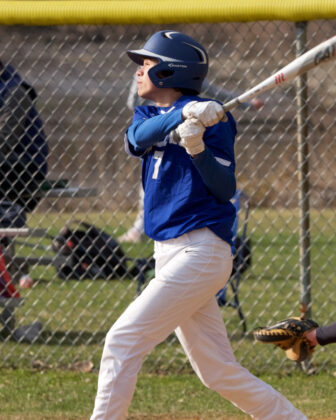 Eng-Wong led the Blue Devils’ offense with three hits, including a double, and stole a base. Julian Ambrose went 2-for-5 with an RBI, John Kisslinger had three stolen bases and scored twice, Trajan McCarthy went 2-for-4 with a triple and an RBI, and Pearsall got his first varsity hit with an RBI double. Jake Hotaling also knocked in two runs with a double.

“That was a great job by a lot of young pitchers getting their feet wet on the mound of Beacon, and being efficient,” said Coach Simon Dudar.

Haldane will host North Salem on Saturday (April 23) at 11 a.m. and Pawling on Monday at 4:30 p.m. before traveling to Irvington on Tuesday.

The Bulldogs will host Wallkill on Saturday (April 23) at noon and travel to Cornwall on Tuesday. 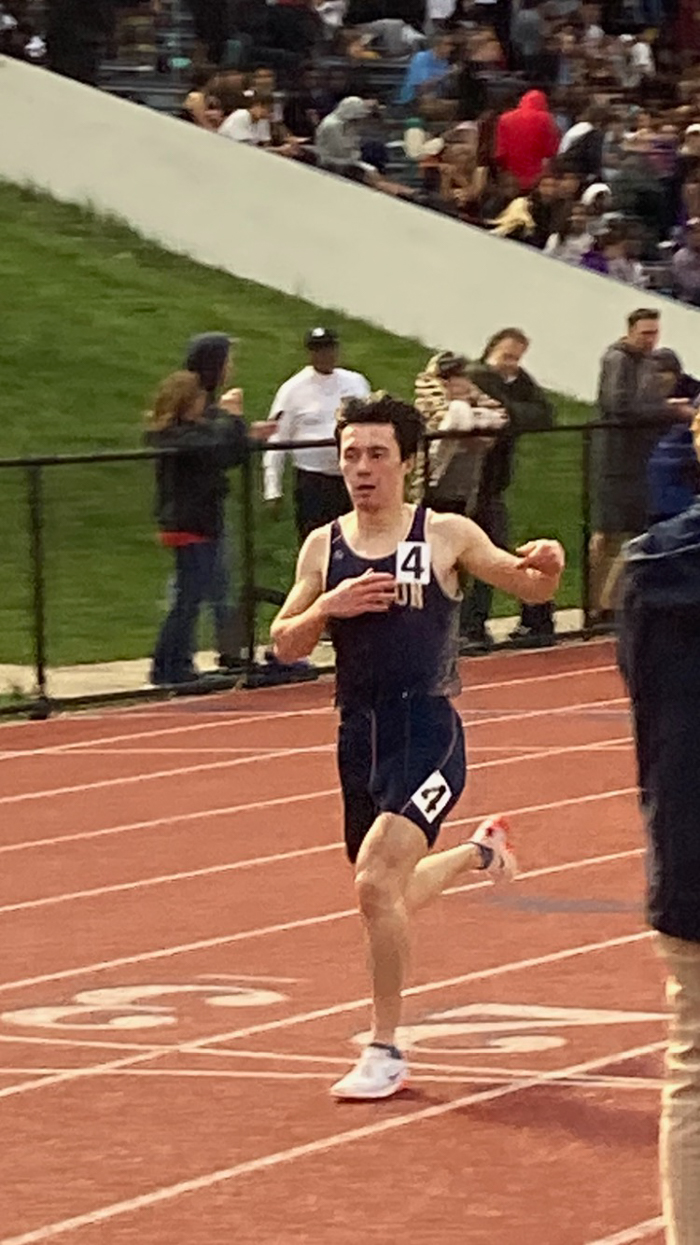 Evan LaBelle of Beacon took second in the 1,600 meters in 4:32 at the Mountie Madness meet. (Photo by Jim Henry)

Beacon competed at the Mountie Madness meet at Suffern on April 14, where Damani DeLoatch placed second in the long jump (19-9) and triple jump (39-10).

For the boys, Edward Manente and Jazziah Whitted tied for first in the 100 meters; Rubio Castagna-Torres won the 400 hurdles; the 4×800 and 4×100 relay teams were first; and DeLoatch took the triple jump. Evan LaBelle won the 400 meters and Manente won the 200 and the shot put.

Matteo Cervone, a junior at Haldane, was named this week to the second team of the New York State Sportswriters Association all-state squad for smaller schools, while senior Soren Holmbo was named to the sixth team. The Blue Devils finished 19-3 and ranked 11th among Class C teams.