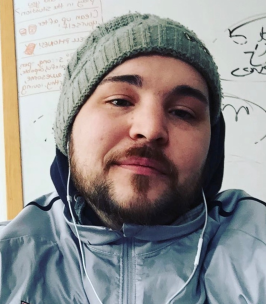 He was born on Aug. 1, 1989, in Mount Kisco, the son of James and MaryEllen (Rogers) Cronk. He attended St. Joachim-St. John the Evangelist School and graduated from Beacon High School. Dylan was a cook at several restaurants. He had an amazing sense of humor, enjoyed ice hockey and loved to cook. He was good with kids and helped with special-needs students, his family said.

Along with his parents, Dylan is survived by his brother, Justin Cronk (Shanelle); his sister, Kelsey Cronk; a niece, Mia Tapia; and his maternal grandmother, Gloria Rogers.

A Mass of Christian Burial was held on April 22 at St. Joachim Church in Beacon, with interment at St. Joachim Cemetery. Memorial donations may be made to a charity of choice. 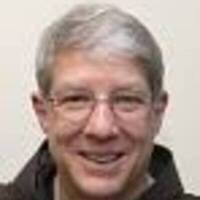 The Rev. Ronald J. Pecci, 71, a professed Franciscan Friar for 42 years and a Catholic priest for 38 years, died April 11 at Sharon Hospital in Connecticut.

He was the son of Gabriel and Gloria Pecci. A native of Brooklyn, Father Ron was a member of the Holy Name (New York) Franciscan Province. He graduated from St. Bonaventure University with a degree in biology prior to entering the Franciscan Friars. He later received a master’s degree in biology from William Paterson University in New Jersey.

In 2008 Father Ron completed his master’s degree in Franciscan studies at The Franciscan Institute of St. Bonaventure University. After four years of studies at the Washington Theological Union, he received priestly ordination in 1983.

A variety of ministries followed, including pastoral work and the preparation of candidates for entering the Franciscan order. In New Jersey, Father Ron served as associate pastor of St. Joseph Church in West Milford and pastor of St. Anne Church in Fair Lawn. He also served churches in the Bronx, Buffalo, Delaware and Maryland.

Health problems led Father Ron to move to the St. Lawrence Friary in Beacon in 2021.

Along with his Franciscan confreres in Holy Name Province, Father Ron is survived by his mother and his siblings, Raymond Pecci (Lucille); Gail (Glenn); James Pecci (Deborah); Terryanne (Phil); and Carol (Gene).

A Mass of Christian Burial was celebrated on April 18 at St. Bonaventure Church in Paterson, New Jersey, followed by interment at Holy Sepulchre Cemetery in Totowa, New Jersey. 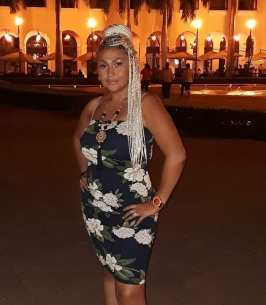 She was born in Guayaquil, Ecuador, on Oct. 11, 1978, the daughter of Victor and Maria (Calle) Ruiz. Johanna grew up in Yonkers. Before moving to Beacon in 2018, she also lived in Wappingers Falls and Poughkeepsie.

Johanna inherited the love of and talent for cooking from her father, her family said. She loved dancing to Latin music, watching “time-period” shows and movies, and the color purple. Johanna was proud of her Ecuadorian heritage. She felt most at home in the city, her family said.

She was always well-dressed and had her makeup done beautifully, and her family describes her as being “the life of the party.” Above all else, her four children meant the world to her; she defended them passionately and fiercely.

Johanna is survived by her four children, Kiara, Messiah, Kaylah and Kaitleen Dixon; her grandson, Novah Jones; her mother, Maria Ruiz; her siblings Karla Ruiz and Ronald Ruiz (Cindy); her nieces, Allyson and Arianna Ruiz; and a nephew, Elijah Garcia-Ruiz.

A memorial service was held on April 19 at McHoul Funeral Home in Fishkill.