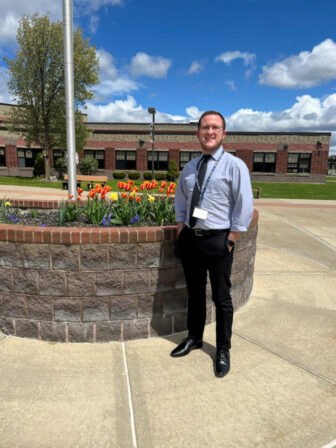 The Beacon school board on Tuesday (April 26) named Corey Dwyer as the principal of Beacon High School, effective July 1.

The Beacon High School graduate began his career in 2012 with Teach for America at a charter school in Philadelphia. He became the principal there in 2016 until returning to Beacon in 2021 to become assistant principal.

Vanessa DeFonce, an interim principal appointed in August, will continue until the end of the school year, the district said. She succeeded Elisa Soto, who left to become an assistant superintendent in the Newburgh district.