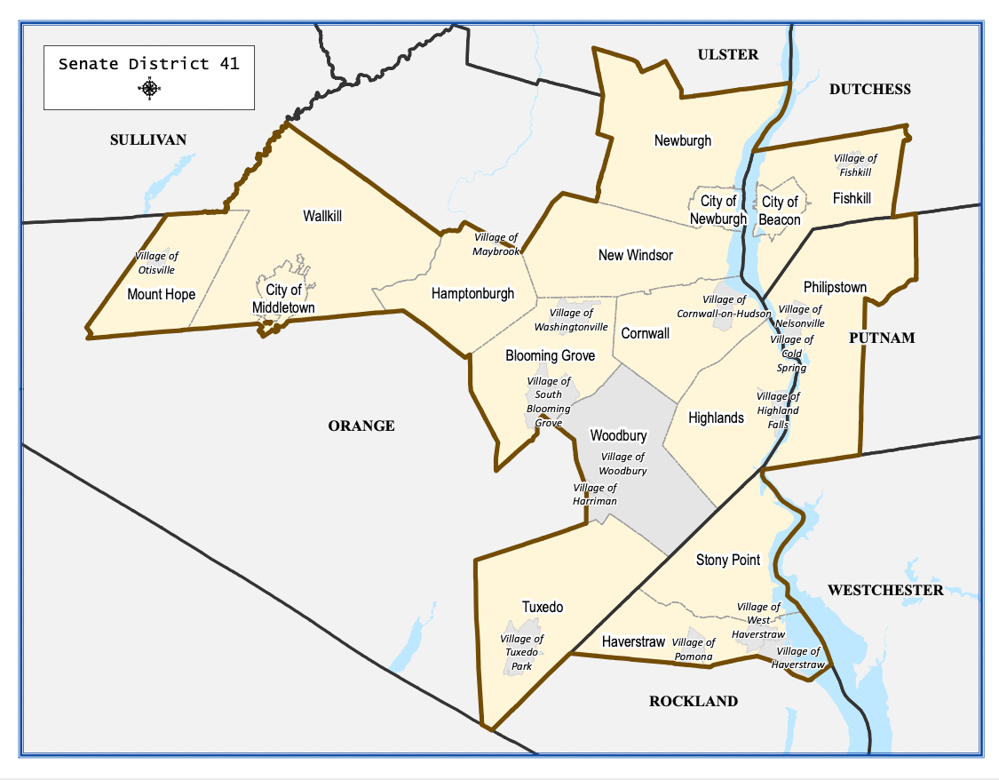 These new maps, of Senate District 41, and House District 18 (below), might be redrawn again.

New York’s highest court ruled on Wednesday (April 27) that congressional and state Senate districts created by Democrats violated the constitutional process for redrawing boundaries and a ban on gerrymandering, and must be redone.

The Court of Appeals sided with Republican voters who sued on Feb. 3, the day after Gov. Kathy Hochul signed into law redrawn maps for the U.S. House and the state Senate and Assembly based on population data from the 2020 census.

The court ruling invalidates changes that altered the boundaries for the 18th Congressional District seat held by Rep. Sean Patrick Maloney, a Democrat from Philipstown, and moved Philipstown and Beacon into a new state Senate district.

The high court ruling only concerned the congressional and senate maps, because the plaintiffs had not challenged the new Assembly districts.

In the state Senate, Philipstown and Beacon are part of District 41, represented by Sue Serino, a Republican. The maps drawn by the Legislature moved the Highlands to District 43, where James Skoufis, a Democrat, would be the incumbent candidate. 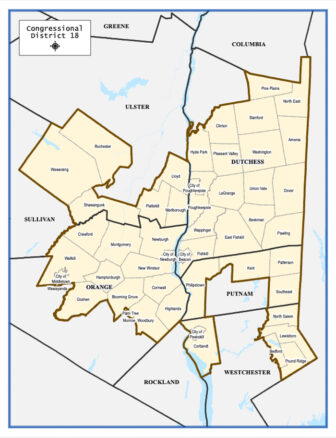 The proposed boundaries for District 18

The Court of Appeals decision on Wednesday returned the case to Steuben County Supreme Court, where Judge Patrick McAllister had ruled on March 31 that the maps violated the state constitution. They had been drawn by Democrats in the state Legislature after a bipartisan committee created following a 2014 referendum could not agree on new maps.

McAllister will appoint the special master to revise the maps, and any primaries scheduled for House or state Senate races on June 28 will likely be pushed into August.

Nick Langworthy, chair of the New York State Republican Committee, called the high court decision a “huge victory for free and fair elections in New York. This was an outrageous, brazen attempt to rig the election and violate the constitutional rights of every citizen in this state. Democrats suffered the defeat they deserved.”

The Court of Appeals ruled on two fronts: one procedural and the other substantive.

It concluded that in approving the maps, Democrats in the Legislature violated the voter-approved constitutional process for redistricting, which established the 10-person independent commission as an antidote to partisan gerrymandering.

Comprised of four appointees from each party and two approved by those eight, the commission deadlocked along party lines. The committee’s Democrats and Republicans submitted competing sets of maps that were both rejected by the Legislature.

The redrawn districts introduced in the state Legislature were then approved along party lines — 43-20 in the state Senate and 103-45 in the Assembly. Galef and Jacobson, supported the maps, while Serino dismissed them as “blatantly gerrymandered.”

One of the examples of gerrymandering the Republican plaintiffs cited in their lawsuit was the redrawn 18th Congressional District, which has been represented since 2011 by Maloney.

The boundaries approved by the Legislature moved “strongly Republican areas” such as Putnam Valley, Carmel, Yorktown and Somers into District 16, which has Democratic strongholds such as Mount Vernon and Yonkers, according to the plaintiffs. The change, they argued, was intended to make the 18th a safer district for Maloney.

In its ruling, the Court of Appeals said that Democrats failed to adhere to the process for approving maps, which required that lawmakers must first reject two plans by the commission before being able to alter districts. (The commission did not produce any further maps after its first attempt.)

Even then, the court said, state lawmakers could only amend the commission’s second rejected plan, and any amendment could not affect more than 2 percent of the population in any district.

The court also found that the maps for the U.S. House violated another voter-approved election reform to the state constitution — that new districts “shall not be drawn to discourage competition or for the purpose of favoring or disfavoring incumbents or other particular candidates or political parties.”

A redistricting expert for the plaintiffs testified that the approved congressional map was an “extreme outlier” that would likely reduce Republican-held House seats in New York from eight to four by packing Republican voters into four districts and “cracking” Republican voter blocks in the remaining districts “to dilute the strength of their vote and render such districts noncompetitive.”

Democrats sought to convince the Court of Appeals to keep the maps for the 2022 elections but were rebuffed. “We reject this invitation to subject the people of this state to an election conducted pursuant to an unconstitutional reapportionment,” the court said.

One thought on “Court Strikes Down Democrats’ Maps”