Neal Sullivan, the chair of the Putnam County Legislature, has dropped out of the race for his seat after an error on his nominating petitions prevented him from appearing on the ballot as a Republican. 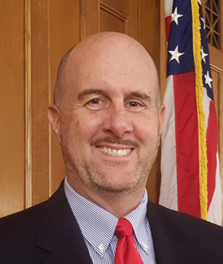 A state judge in Carmel ruled on Tuesday (April 26) that Sullivan had not submitted enough valid signatures on his nominating petitions. The decision precluded a primary against a Republican challenger, Erin Lee Crowley.

Sullivan, who was seeking his third term representing the Town of Carmel and Mahopac, submitted valid petitions for the Conservative Party and would have appeared on that line on the November ballot but said in court he will not run for his seat or serve if elected. There is no Democratic candidate for the seat.

John Murtagh Jr., a White Plains attorney who represents the Crowley campaign, did not return phone messages but told The Journal News that allegations of fraud and other defects — such as a charge that signatures had been faked — were not addressed by the decision and that Sullivan had agreed not to run to avoid further litigation.

In a statement on Thursday (April 28), Sullivan said he was proud of his accomplishments in the Legislature “but issues involving the arduous and highly subjective petition process will unfortunately prevent me from pursuing another term in office.” He said he would continue to “be an active member of our community to keep Putnam County moving in a positive direction” and thanked his colleagues in the Legislature for “their hard work and collegiality.”

To appear on the primary ballot, candidates had to submit petitions by April 7 to the county Board of Elections with a specified number of signatures from registered voters in the district. For Sullivan’s seat, that number was 149. Each page has room for 15 signatures and a space at the bottom for the person who gathered them to sign and date it.

After Sullivan’s petitions were filed, they were challenged by the Crowley campaign. For a signature to be thrown out, both of the two county election commissioners must agree it is invalid. (The commissioners — one Democrat and one Republican — are county employees nominated by their party organizations and appointed by the Legislature.)

Who’s On the Ballot, So Far

This seat, which represents part of Lake Carmel, the hamlet of Carmel and part of Patterson, was held by Carl Albano, a Republican who cannot run because of term limits.
– Greg Ellner or Pat Sheehy (R)1

Legislative 9
This seat represents the Town of Carmel and Mahopac.
– Erin Crowley (R)

Highway Superintendent
This seat is open because of the resignation on March 31 of Carl Frisenda for health reasons.
– Adam Hotaling (D)

Sheriff
Imperati is the acting sheriff following the death in September of Butch Anderson. Hanlon is a retired deputy who, if elected, would be the first openly transgender sheriff in the country.
– Jillian Hanlon (D/WF)
– Kirk Imperati (R/CON)

Senate, District 41/43
Because of redistricting, Beacon and Philipstown may no longer be represented by the seat held by Sen. Sue Serino, a Republican. Instead, they could become part of a district in which the incumbent is Sen. James Skoufis.
– Sue Serino (R/CON)
– Jamie Cheney (D/WF)

1   A primary on June 28 will determine who will appear on the line.
2   Salem’s nominating petitions have been challenged.

In an affidavit filed in Putnam Supreme Court on Monday (April 25), the Democratic commissioner, Catherine Croft, characterized most situations where she and her counterpart, Anthony Scannapieco Jr., diverge as “ordinary disagreements,” such as whether to allow a signature that has an incomplete address. During a review of Sullivan’s petition on April 19, they agreed that 54 signatures should not be allowed, leaving Sullivan with 156, or seven more than required.

However, 15 signatures remained in dispute. They were among 30 gathered by Scannapieco, the longtime head of the Putnam County Republican Committee. One page was dated March 26 and the other April 26 — or 19 days after the deadline.

According to the minutes of the meeting, Croft ruled they should be invalidated based on the incorrect date, while Scannapieco recused himself. His deputy, Kelly Primavera, also recused herself, saying the matter should be decided in court, according to Croft’s affidavit. Because neither agreed with Croft, the signatures remained valid.

The Crowley campaign filed a legal challenge to Sullivan’s petition the next day, asking Judge Victor Grossman to invalidate the 15 signatures, which would drop Sullivan’s total to 141, below the required limit.

In a statement on Wednesday (April 27), Crowley thanked Sullivan for his service; offered her support for Kevin Byrne, the Republican candidate for county executive; and said she was “inspired to run for office by my concern for the safety and security of our first responders [her husband, Kevin Osika, is a Putnam County Sheriff’s deputy], and my conviction that our public servants must be dedicated to the best interests of every citizen guides me every day.”