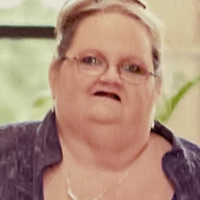 She was born Oct. 3, 1955, in Brooklyn, the daughter of Harry and Muriel (Noonon) Koslow. Her husband, Russell Baldwin, died before her.

Betty loved to crochet and play bingo. She enjoyed reading and doing arts and crafts with her grandchildren, but most of all she loved to spend time with her family. She had a kind spirit who loved to do for others, her family said.

A memorial service was held on April 26 at Brooks Funeral Home in Newburgh.

He was born on April 15, 1955, in Añasco, Puerto Rico, the son of Petra Ingles and Claudio Beltran. Israel had worked as a custodian for the Beacon City School District. He and his wife, Maria Rivas, were married for more than 40 years.

In addition to his wife, Israel is survived by his children: Israel Beltran Jr. (Tanya Castro) and Jackie Beltran; his grandchildren: Joel, Tina Marie, Tiana, Tai and Trinity; his sisters, Gladys, Miriam, Maria and Nelida Beltran; his brothers, Manuel, Edwin, Tony, Claudio Jr. and Freddy Beltran (Carmen) and his nieces and nephews.

A Mass of Christian Burial was held on April 27 at St. John the Evangelist Church in Beacon, followed by interment at St. Joachim Cemetery. 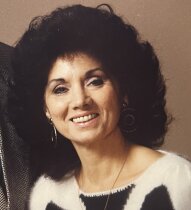 Gloria J. Marchie, 91, a longtime resident of Beacon, died at her home on April 21.

She was born on Dec. 31, 1930, in New York City, the daughter of John Phillips and Marie Mossa. Before she stopped working to raise her children and grandchildren, Gloria was a manager at Lloyd’s Department Store in Newburgh. On Feb. 7, 1981, she married William Marchie.

Gloria was a parishioner of St. Joachim-St. John the Evangelist Church and a former member of Poughkeepsie Moose Lodge 904. She loved to sing and dance and regularly attended dinner events with her friends. Gloria was an avid baker who always created beautiful cakes for her family and friend’s special events. She was known for her kindness, compassion and loving spirit, her family said.

A Mass of Christian Burial was held April 25 at St. Joachim Church in Beacon, followed by interment at St. Joachim Cemetery. Memorial donations may be made to the Alzheimer’s Association (alz.org).