The Highlands Current was named Newspaper of the Year on Saturday (April 30) at an annual awards program sponsored by the New York Press Association, whose members include small and mid-sized publications from across the state.

The Current scored the most points in an editorial and advertising contest for work that appeared in 2021, with 20 citations. The nonprofit weekly has won 97 NYPA awards since 2013.

The competition, which included 2,481 entries from 132 newspapers, was judged by members of the Nebraska Press Association.

The Current won 11 first-place awards. Among papers of all sizes, Brian PJ Cronin won for best environmental coverage; the staff was recognized for headline writing and coverage of elections and politics; and Deb Lucke won graphic illustration for her cartoon about Mrs. Merry retiring from the Desmond-Fish library in Garrison. 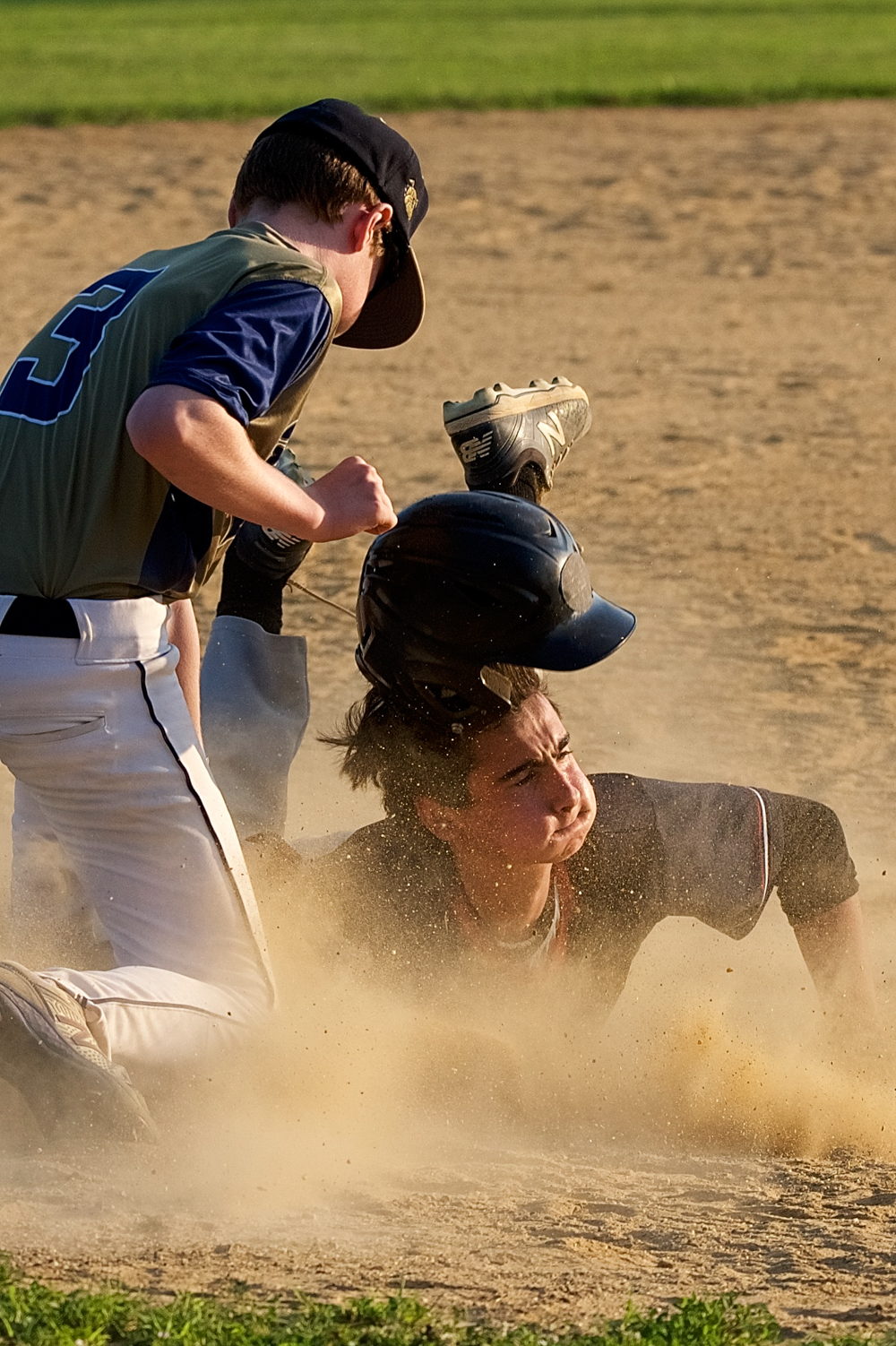 In Skip Pearlman’s award-winning shot, Ryan Smith (left) of the Beacon 14U team tagged a sliding runner out at third in a Bulldogs win.

Among papers with circulations of 4,000 to 8,000, Strudler won for best front pages among tabloids; Skip Pearlman took top honors for sports action photo; and Leonard Sparks won for sports feature for When Beacon Was King, a piece about a Little League team that won the state title 40 years ago.

The staff won the Thomas G. Butson Award for Investigative In-Depth Reporting among papers with circulations of 4,000 to 12,000 for Operation Infrastructure.

Among honorable mentions awarded to papers of all sizes, The Current was recognized for best news website; Ross Corsair for video (A Fun Afternoon at Winter Hill) and photo story (Rice Harvest Day … in Philipstown); and Sparks for COVID-19 news coverage (Busy Signals for Vaccine). Among smaller papers, The Current was recognized for its coverage of local government and a feature photo of a young snake handler by Corsair. 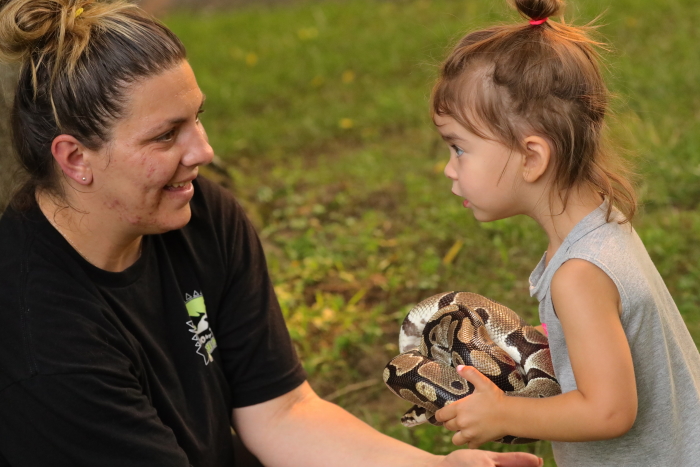 An award winner by Ross Corsair, taken during a visit by the Two by Two Zoo to the Desmond-Fish library in Garrison.

In addition, Cronin’s series Sundown at Indian Point is a finalist in an annual contest organized by the New York City chapter of the Society of Professional Journalists in the category of reporting by a newspaper with a circulation under 100,000. The other nominees are from the Asbury Park Press in New Jersey and Crain’s New York Business. The winner will be announced May 12.