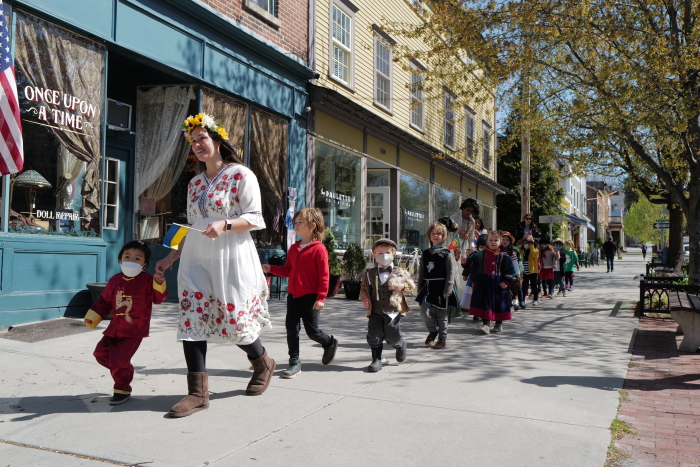 ON THE MOVE — Students from The Foundry School in Cold Spring walked from their building on Kemble Street to the gazebo on April 29 as part of International Day, which is celebrated by all Montessori schools. After learning about the geography, traditions and food of various countries, each student chose one to represent, typically from his or her own heritage. Here, the class is led down Main Street by teacher Bethany Ciulla. (Photo by Emily DeGroof) 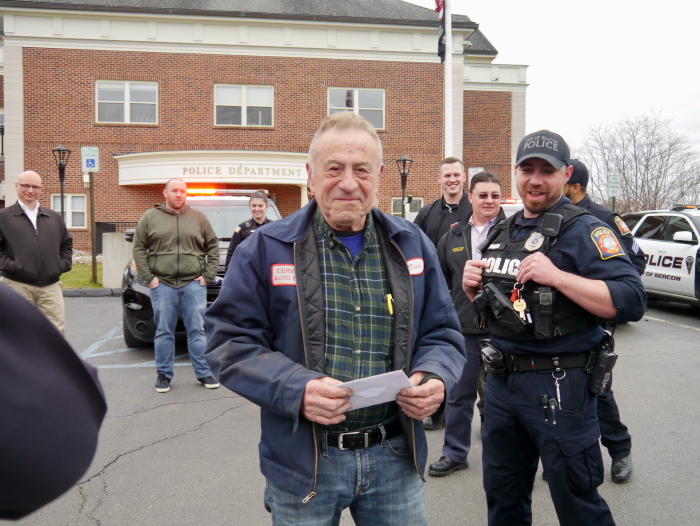 SURPRISE SEND-OFF — The Beacon Police Department recently surprised Vincent Cervone, the owner of Cervone’s Auto Body, to celebrate his retirement after more than 50 years in business. If an officer needed a car towed, Cervone usually got the call. (Photo by Jeff Simms) 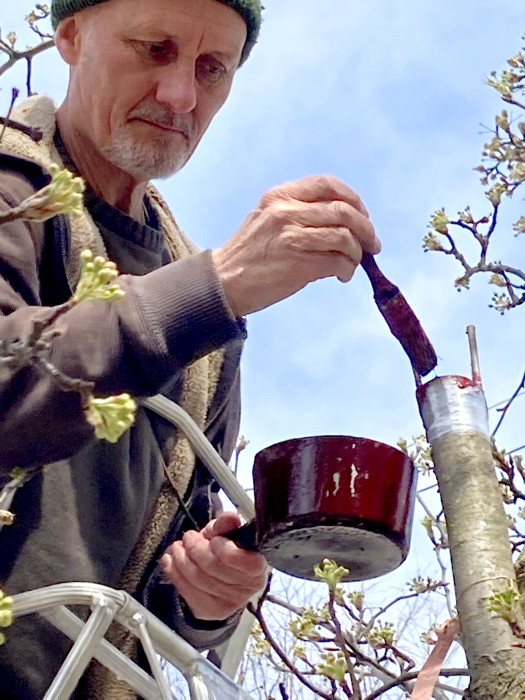 STREET EXPERIMENT — On Arbor Day (April 29), Charles Day, along with Tony Bardes, Kory Riesterer and Taro Ietaka — all members of the Cold Spring Tree Advisory Board — grafted four species of flowering trees onto branches of village-owned Callery pears. The mission: to slowly replace the invasive tree without creating gaps in the canopy. (Photo provided) 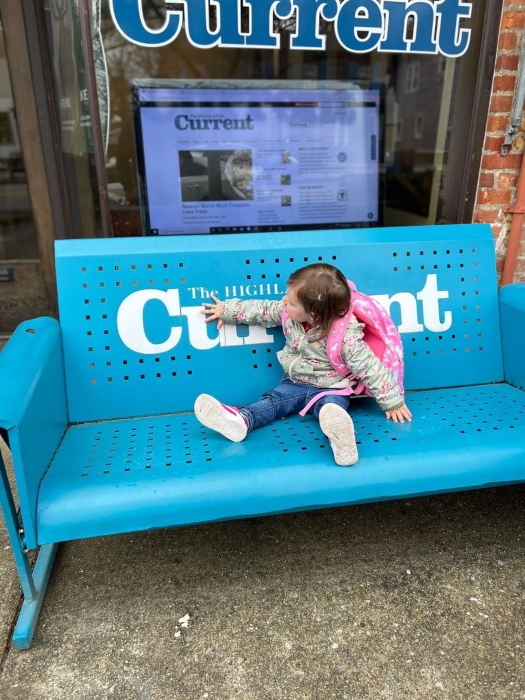 CAUGHT WITH THE CURRENT — Brian Cookstra of Cold Spring shared this photo of his daughter, Ellie. During a walk back from Angie’s Bake Shop, he said, she discovered a new favorite hangout on Main Street. (Photo provided) 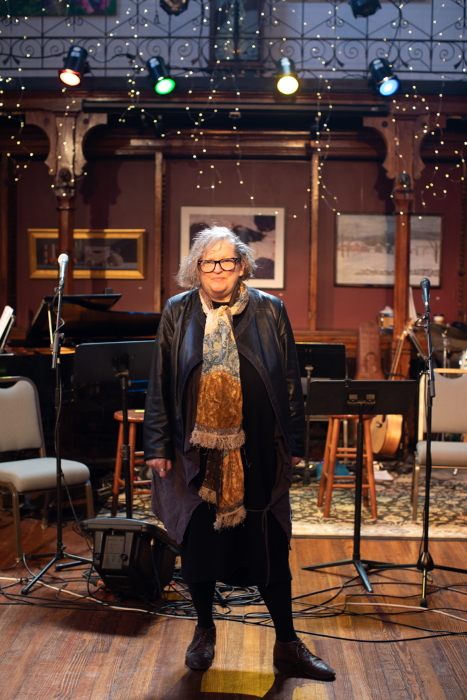 NEW HOWLAND LEADER — The board of the Howland Cultural Center in Beacon on Wednesday (May 4) announced it had elected Theresa Kraft as president. Formerly the board treasurer, she succeeds Craig Wolf, who was elected in 2017. Kraft was an original board member of the nonprofit cultural center and returned in 2019. Beginning in August, the center will celebrate the 150th anniversary of its building at 477 Main St., which began its life as the public library and became the cultural center’s home in 1979. (Photo by Meredith Heuer)