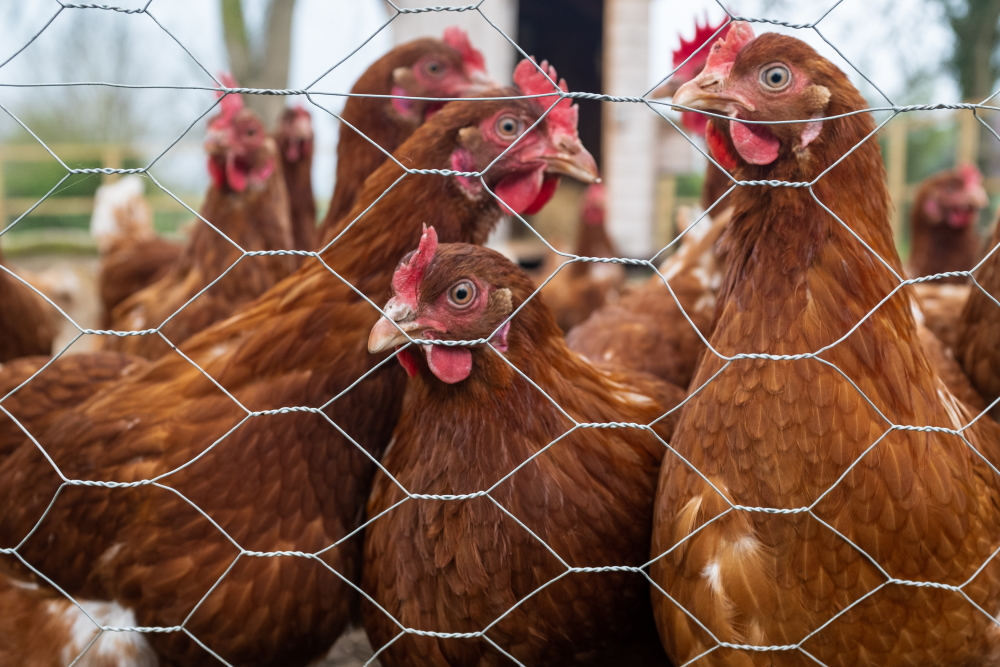 An avian flu that can kill chickens has been recorded in Dutchess County.

No threat to humans, but chickens at risk

The state Department of Environmental Conservation confirmed last week that a highly contagious bird virus has been found in Dutchess County, in addition to other counties across New York, although no cases have been reported in Putnam.

Avian influenza poses no threat to humans, but it can be fatal to backyard chickens.

The virus is spread by migrating birds such as ducks, geese, gulls and shorebirds. Strains that have high mortality rates in wild birds and domestic poultry are designated as highly pathogenic, or HPAI. It does not appear to affect songbirds, so bird feeders can remain unless they attract ducks and geese.

Richard Ball, the state commissioner of agriculture, said that people who own chickens should make sure their flocks are not coming in contact with wild geese or ducks. Ball said the first detected case of the virus in New York this season was on Long Island, where a woman who kept chickens also fed migrating ducks and geese, attracting them to her yard. “Not doing that is the first order of business,” he said.

While the virus does not pose a health threat to humans, it can cling to shoes, pants and car tires. Ball pointed to a 2015 outbreak in the Midwest in which contact tracers figured out that a feed delivery person who visited one infected backyard flock transmitted the virus to every other flock on the route. Poultry inspectors also inadvertently spread the virus in a similar way.

For that reason, those who keep chickens should refrain from visiting the homes of friends who keep chickens. If that can’t be avoided, owners should wear plastic coverings on their feet and disinfect their shoes after visiting flocks.

“Discourage visitors from coming in and out of your poultry yard if you can,” Ball said. “Just be really sensitive to the idea that it can be easily transmitted.” 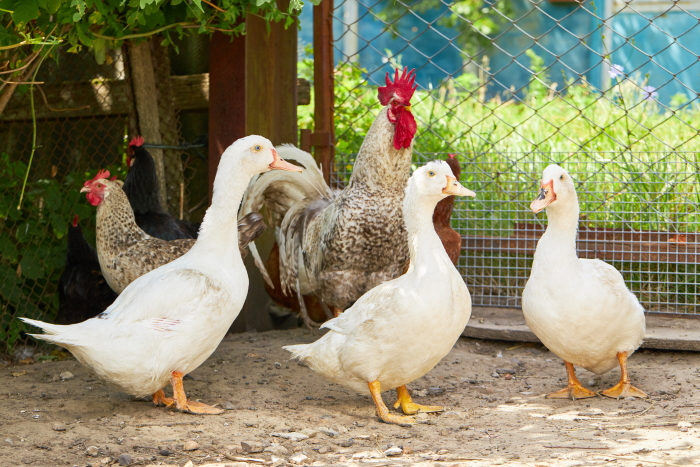 Chicken owners should keep their birds from having contact with migrating ducks or geese.

In terms of symptoms, Ball said to watch for unusual behavior, such as chickens ignoring food, showing discoloration or turning their heads in an odd way. “People who care for chickens are looking at their flock every day,” said Ball. “If anything seems abnormal, let us come down and do a test.”

Like influenza in humans, HPAI follows a seasonal pattern. Generally, once spring migrations are over, usually around the end of May or the beginning of June, the virus dies out. But some flocks of ducks and Canada geese stick around in one place for long periods, such as the geese often seen at Long Dock and Seeger parks in Beacon or Mayor’s Park in Cold Spring. If you have chickens, Ball recommends wearing foot coverings and disinfecting shoes after visiting parks where ducks and geese are present.

Residents should also keep an eye out for dead ducks, geese, bald eagles, herons, owls, hawks and turkey vultures, and report the carcasses to the DEC for tracking, said Jim Farquhar of the agency’s Wildlife Bureau.

“This information is helpful not only to understand the scope of the outbreak, but to alert nearby owners of backyard flocks and commercial poultry producers to remain vigilant with good biosecurity measures to protect their investment,” he said. His office can be reached at 845-256-3098.