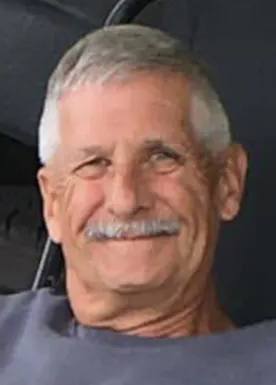 He was born in Cold Spring on July 12, 1952, the son of Claude Arnold and Denise Mead. For many years Thomas served as assistant chief with the Rombout Fire Co. He was also employed by the Texaco Research Center until his retirement.

Memorial donations may be made to the FASNY Firemen’s Home, 125 Harry Howard Ave., Hudson, NY 12534. 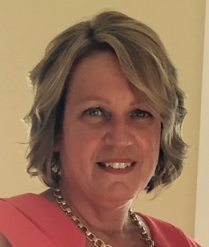 She was born on Oct. 20, 1959, in Staten Island, the daughter of Donald and Jane Sefcik. In 1977, she married Richard Duquesne. Linda worked for the U.S. Postal Service at the Beacon and West Point offices for 27 years until her retirement in 2016. She was a dedicated postal worker, rarely without a smile and loved by many, her family said. She enjoyed baking, cooking and spending time with all of her family.

In addition to her husband and mother, Linda is survived by her children, Garrett Duquesne (Skye) of Beacon and Phillip Duquesne (Stephanie) of Wappingers Falls; her grandchildren, Elodie and Duke Duquesne; and her siblings, Donald Sefcik Jr. of Dickson City, Pennsylvania, Cynthia Mathies of Staten Island and Mark Sefcik of Staten Island.

A graveside service was held May 4 at Wappingers Rural Cemetery in Wappingers Falls. Memorial donations may be made to the American Cancer Society (cancer.org).

Louis Henri Faure, 88, died May 1 at the Lutheran Care Center in Poughkeepsie.

Lou was born on Aug. 9, 1933, in Dunlo, a small coal-mining town in western Pennsylvania, the son of Julian and Yvonne Faure. In 1946, his family moved to Beacon, and Lou graduated from Beacon High School. He attended Dutchess Community College and joined IBM in 1952 as part of their apprentice toolmaker program. A mechanical engineer, Lou amassed over 15 patents and numerous awards over the course of his 40-year career at IBM’s East Fishkill and Poughkeepsie locations.

He was eternally curious and loved traveling, his family said. Early family vacations had one rule: You may never go to the same place twice. Lou and his wife of 59 years, Roberta, trekked across Europe and the U.S. They especially enjoyed Paris and staying in small towns in the French countryside to experience local customs and food. Later in life, he and Bertie tore up the roads visiting their grandchildren. They accompanied their extended family on vacation jaunts throughout New England, Pennsylvania and Florida.

During his life, Lou remained devoted to the Yankees and Giants (always with his eye on the Pittsburgh Steelers), and changed his hat according to the sports season. Lou and Roberta were members of the New Hackensack Reformed Church for more than 50 years, during which time he served as an elder on consistory, taught Sunday school and participated in countless community outreach activities.

Books were another passion, and Lou volunteered for many years at the LaGrange Library. He enjoyed pairing people with the perfect book and delivering reading materials to shut-ins. A master gardener, Lou’s flowerbeds were known throughout the neighborhood; surprise bouquets of flowers and bags of tomatoes frequently appeared on neighbors’ doorsteps.

As a father and grandfather, Lou was loving, calm and steady. One of his greatest goals was to provide for his children to graduate from a four-year college. He dispensed sage advice and passed on his love of serious gin drinks, silly jokes, baseball throws, reading and animals to his children and grandchildren.

Lou could draw anything, would ride any rollercoaster, had the most beautiful handwriting and pulled out more final Jeopardy answers than anyone in the family. He was a loyal and loving friend and husband, and above all, was a kind, humble, private man, his family said.

Friends and family are invited to pay their respects on Saturday (May 7) from 12:30 to 1:30 p.m. at the Timothy P. Doyle Funeral Home in Poughkeepsie, followed by a memorial service at 1:30 p.m. Burial will follow at the Fairview Cemetery.