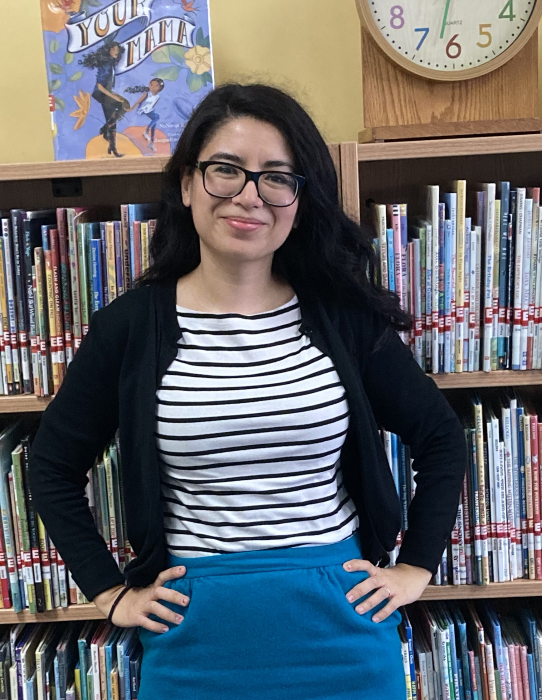 After joking with her partner that it might be fun to move to Beacon, Stephanie Montesanto noticed that the Howland Public Library was hiring.

One thing led to another, and, after 12 years at Westbury Memorial Public Library on Long Island, the quip became reality: She was hired to succeed Ginny Figlia, the Howland children’s librarian who retired in 2021 after 31 years in the position.

“I became a librarian to combine the things I loved the most — working with kids and reading,” Montesanto says, adding that she finds it especially rewarding to watch as children grow up into readers and library lovers.

Some of those aspects that drew her to the profession disappeared with the virtual programming of the pandemic, so she is excited to form personal connections again.

“So far, the best part of being in Beacon is how welcoming everyone has been,” she says. Her hope is to retain some of what Figlia introduced but put her own twist on it. She also appreciates the “more laid back” feel in Beacon, in part because it’s a smaller library than in Westbury.

Librarians must always gauge community interest when coming up with programming, Montesanto says. Before the shutdown, there were story times, crafts and similar programs. Then librarians had to pivot to virtual and “learn very quickly how to promote the library, and the things we do for people, in a different way.”

As the restrictions loosen, Montesanto says she is eager to connect with members of the community, especially as the mask mandate lifts and she can see people’s faces — many for the first time.

“I’m so excited to do in-person programming, especially as the weather gets nicer,” she says, noting that story time and baby time will be returning. In addition, “I’m interested in doing programming centered around STEAM, particularly the art aspect,” she says, using the acronym for science, technology, engineering, art and math.

Montesanto, who is bilingual in English and Spanish, says there is a lot of behind-the-scenes work by the staff at Howland for the community. They also try to create a kind and open environment that is a welcoming space for everyone, she says. 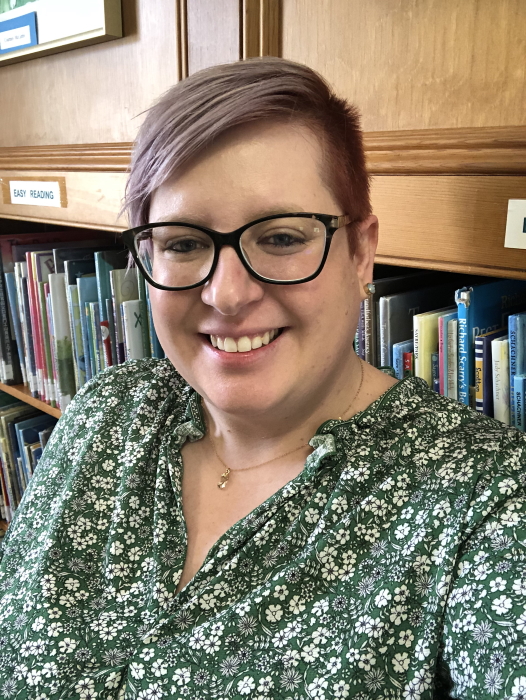 Veronica Morgan, the new children’s librarian at the Desmond-Fish in Garrison, is no stranger to the library: She worked there as a circulation desk clerk in 2014 before leaving for a job at Rose Memorial Library in Stony Point.

Morgan grew up in Highlands Falls, where she attended O’Neill High School. As a student, she gained her first experience in a library when she worked at the circulation desk, organized and shelved books and assisted with children’s programs at Highlands Falls Library.

At Hofstra University, Morgan majored in English literature. After graduating, she worked briefly in retail before landing a job with the National Park Service at the Roosevelt-Vanderbilt National Historic Sites in Hyde Park. While there, she realized how much she loved working at libraries.

Morgan enrolled at Long Island University, earning a master’s degree in library science. Her first job was as a children’s librarian at a New York Public Library branch on Staten Island. She then moved to the Desmond-Fish and Rose Memorial before becoming youth services librarian at the Poughkeepsie public library.

When Lucille Merry retired last year as Desmond-Fish children’s librarian, Morgan knew she had to apply.

“Not only is it one of my favorite libraries, but I was really excited to work in the children’s department,” she says. “It is wonderful to share with children the books that I loved when I was younger. To see children discover books that they love and want to share with others is a really lovely thing.”

Morgan says she hopes to launch a story time for babies and continue the relationships that library has with organizations and schools in the community. Morgan also hopes to refresh the collection by removing outdated books and ordering new copies of popular texts.

She says her favorite children’s book is Caps for Sale, by Esphyr Slobodkina; she also loves Sense and Sensibility, by Jane Austen. In her free time, Morgan and her husband often watch Mets and Islanders games and snuggle with their three cats.

Spodek is a ninth grader at Beacon High School and Zuckerman, who lives in Garrison, is a sophomore at the Masters School in Dobbs Ferry. Both are members of The Current’s Student Journalists Program.