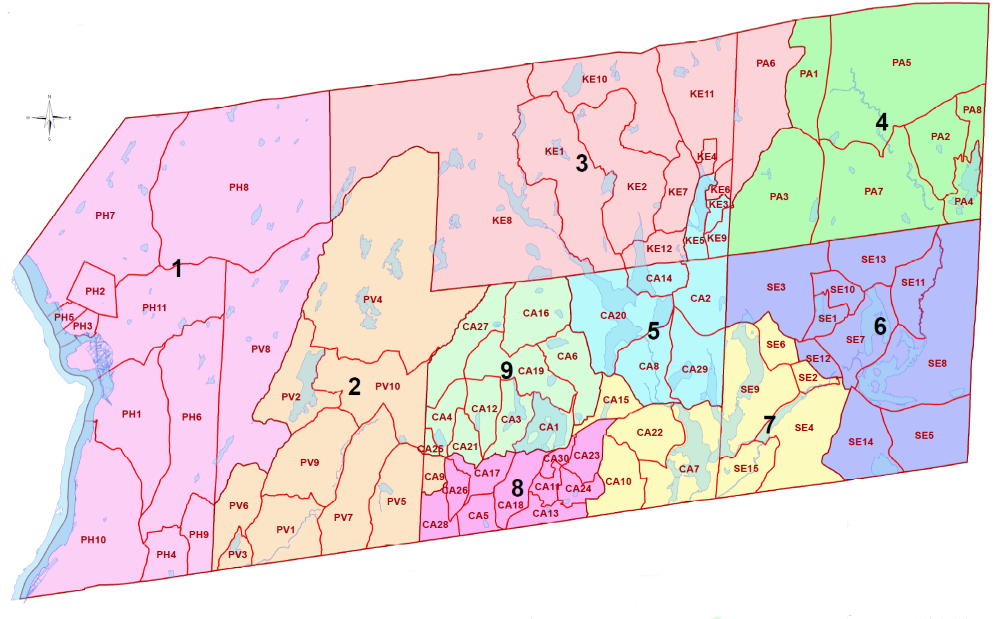 Putnam County is divided into nine districts, each of which has about 11,000 people.

Every 10 years, based on U.S. Census data, the county shifts boundaries so that each of its nine districts has about an equal number of residents. Based on the 2010 census, that number is about 11,000. District 1, for instance, includes Philipstown but also part of Putnam Valley to reach the threshold.

The Putnam Legislature is required by the county charter to appoint a bipartisan redistricting committee. For the past two revisions, enacted in 2001 and 2011, the legislative counsel chaired the committee, which did not include any legislators. The commission makes recommendations to the Legislature for its approval.

On Oct. 27, New York State enacted a law that requires counties that operate under charters, such as Putnam and Dutchess, to redraw their lines if the difference in population between the most and least populated district exceeds 5 percent. The previous standard had been 10 percent, and in 2010 the deviation in Putnam was 8.8 percent, Firriolo said.

The deviation based on 2020 census figures is 10.28 percent, Firriolo said, which means that the county will need to make many changes to get to 5 percent. That could include making election precincts smaller so they can be more easily shifted between districts, although towns and villages cannot be divided unless they account for more than 40 percent of the district’s population.

Any changes would not likely go into effect until 2023, Firriolo said.