Plaintiff says he may refile

A lawsuit filed against the operator of a short-term rental in Cold Spring has been dismissed.

Carl Mauro, owner of the apartment building at 153 Main St., had sought an injunction prohibiting Frederique Henriot from operating a short-term rental at 3 Furnace St. Mauro also sought $150,000 in damages. 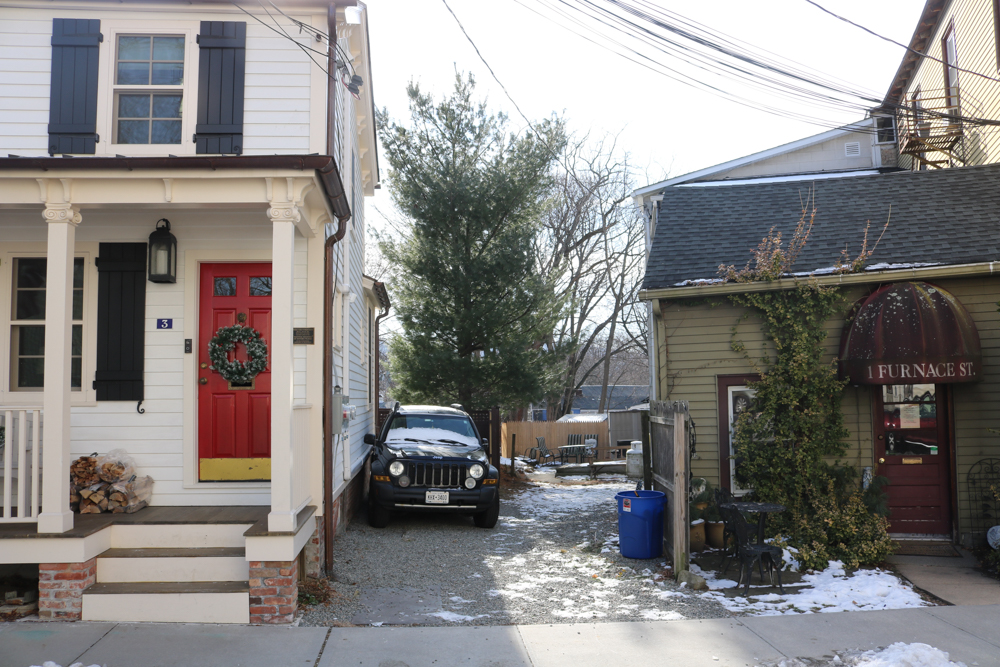 The easement next to 3 Furnace St. (File photo by M. Turton)

Mauro’s attorney, Norah Hart, said a state judge in Carmel dismissed the case after she was unable to attend a court session because she had traveled to California for a family emergency. She said her client may try again in Cold Spring Justice Court.