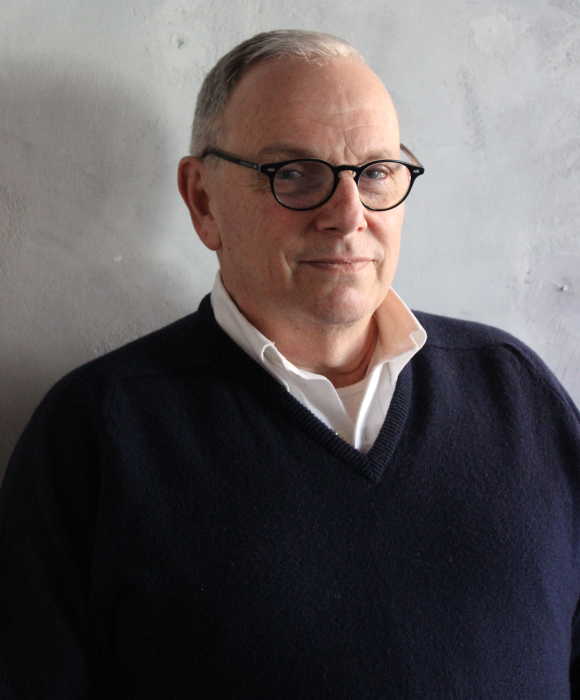 Jack Goldstein, who chairs the Cold Spring Planning Board, has been outspoken about plans to connect the village and Beacon with the Hudson Highlands Fjord Trail. The HHFT is scheduled to address the Cold Spring Village Board on May 25.

The Planning Board typically comments on proposed development within the village boundaries. Should it play a role in the Fjord Trail, which will extend to Beacon?

The Village Code authorizes the Planning Board to investigate matters relating to planning and development in Cold Spring. The Fjord Trail is a 7.5-mile linear development of which approximately half is in the Town of Philipstown, in which Cold Spring is located. It is a large, unified project that will affect our interests. In this case, the role of the Planning Board is to investigate, and if it so chooses, share its findings with the Village Board and the public. Our discussions to date are available at coldspringny.gov.

Are there avenues for formal input from the planning boards of the four municipalities along the trail’s proposed route — Cold Spring, Philipstown, Fishkill and Beacon?
That is a question for the HHFT, but, speaking personally, in my experience there are always avenues. Nothing could be simpler than to share facts in a timely way. 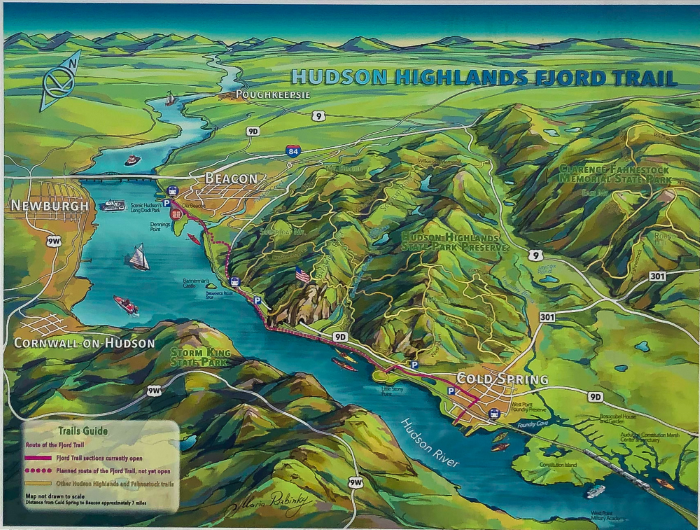 A map of the Fjord Trail on a sign in Beacon. (File photo)

Won’t the state-mandated Environmental Quality Review address many concerns related to the trail?
The Planning Board hasn’t yet gone into the matter of environmental reviews. I’m speaking as an individual who knows enough about best practices to be concerned. HHFT is effectively segmenting their environmental review by beginning in the middle, in the Breakneck Ridge area. They are sophisticated people. They understand the implications. Again, my opinion and my words: The village is a sitting duck with no resources to deal with the overcrowding the trail will produce.

What concerns you about the work being done at Dockside Park, which will serve as a gateway to the HHFT?
I expressed concern over the secrecy in which the state parks department designed Dockside, and its lack of candor since. I used the boat ramp and its potential negative impacts on traffic and parking as one example of how little thought the parks department has given to Cold Spring as a stakeholder. The same can be said of the HHFT.

Can an increase in Metro-North Railroad ridership alleviate concerns over traffic and parking posed by the trail?
Speaking for myself: If successful in its own eyes, HHFT will significantly increase both car and train traffic. It is just common sense. That is what it is meant to do. HHFT started at the local level to conserve the trails and improve public safety. It has ballooned into a grandiose plan for a destination amusement park — my view. Do we want that here? At least, shouldn’t we be asked before the state awards it $20 million?

Has the potential impact of the Fjord Trail been adequately documented in your view?
No.

What is your biggest concern; what would you like changed in the trail’s design?
My personal concern is that the over-tourism intentionally generated by the project, as planned, will destroy the quality of life in our village. I would like to see HHFT improve their work product to prevent that. Cold Spring, precariously balanced and geographically confined, is an organic, living space, every bit as fragile and endangered as any trail, just as rare and just as important. Not to mention the village lies entirely within a local and federal historic district.

You helped formulate Cold Spring’s effort to deal with its parking problem. Do we know how the Fjord Trail will affect parking in the village?
Speaking as someone who worked on that project with other citizens, in my view, it will make it worse.

Several public meetings have been held over the years and there is no shortage of opinions on the Fjord Trail. Hasn’t public input been adequate?
Actually, there is a shortage of opinions on the Fjord Trail. The public meetings were held years ago. The project has been totally “re-imagined” — their term — behind closed doors during the last five years, with no external communications. In my view, timely public involvement is an obligation and should be part of such major projects.

Is there still time to improve communications as plans for the Fjord Trail go forward?
I don’t see any other option than for HHFT to make time, unless they wish to cause irrevocable damage to the home of 2,000 people. That outcome is not in their mission statement, nor would it be a legacy of which they will be proud.

9 thoughts on “The Fjord Trail: Good or Bad for Cold Spring?”