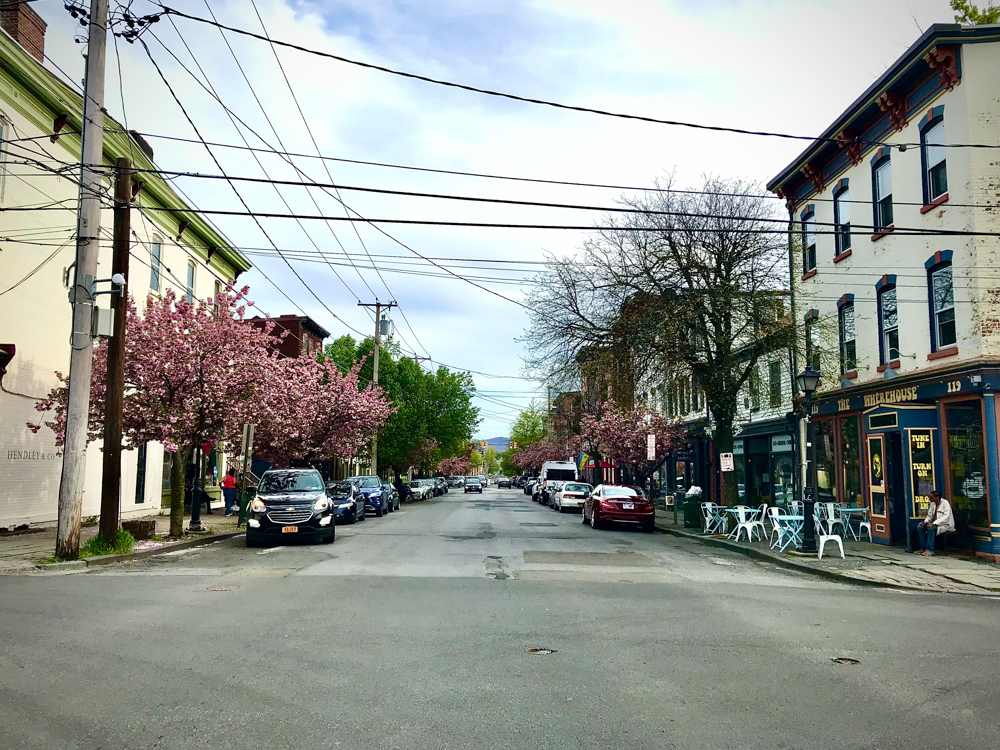 The galleries involved in NBNY Art Seen are all on or near Liberty Street. (Photo by Tamara Rafkin)

Many of-the-moment arts districts grow from a predictable formula: Artists need low rents and a fair amount of space, which translates into homesteading — moving to places they can afford, often in hardscrabble districts where cultural tourism isn’t ingrained. 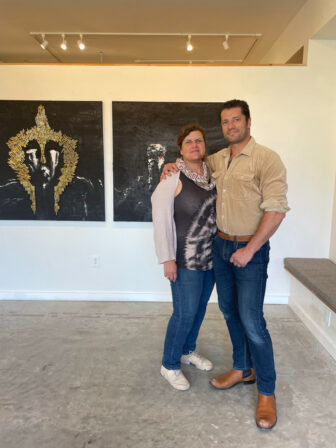 It’s then up to the newbies to spread the word and convince their neighbors and others farther afield to sample the establishments and nearby restaurants, shops, music venues, architects and, of course, the seemingly bottomless well of distilleries, coffeehouses, wine bars and breweries.

Case in point: Newburgh, which has boasted a growing gallery scene over the past decade, and an increasing population of transplants, many running those new businesses and staffing the galleries. These constituents have a vested interest in showing off their establishments to more people, visitors and residents.

NBNY Art Seen, an initiative by Newburgh’s gallery and art space community, is emblematic of these aspirations. Occurring on the last Saturday of the month — it debuted April 30 at Grit Works with an exhibit by David Lionheart — the spaces participating will be open in the afternoon and one space each month will host a reception from 5 to 7 p.m.

Tamara Rafkin, a facilitator for NBNY Art Seen, says it began in an organic, friend-to-friend way. “We all felt that Newburgh should restart its ‘Last Saturdays’ events, and that this should start with the art spaces,” she says.

Rafkin, who is a fine artist and commercial photographer, has lived in Newburgh for three years. “Part of the reason I moved here,” she says, was the number of artists and art events. “There is already a good base in town; we’re just mobilizing and coming together.” 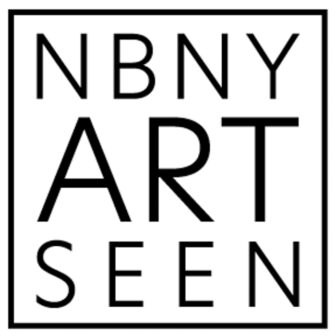 The gallery was founded in 1997 by Paulien Lethen in a Home Depot garden shed in her Brooklyn backyard.

This project tells the stories of “incorrigible” girls in the U.S. over the past century.

July 30: Visitor Center
In Between Dreams at Dusk
Works by Angelo Filomeno

She said Newburgh has seen, in the past few years, an increase in “Brooklyn-style” galleries, which “changes the dynamic. Part of what we’re doing is to try to represent the diversity in Newburgh communities. You have people who aren’t used to visiting art spaces because they don’t feel a part of the conversation. We want to use community spaces to show that a white-walled gallery isn’t something to be scared of.

“Art shouldn’t be intimidating,” she says. “Maybe it’s thought-provoking, but that’s part of a community’s language. And Newburgh has this range of art spaces, from high-end galleries that do the international art fairs to specialists in mid-career artists. Some show functional art like furniture, others are small, casual places.”

The initiative was created, in part, “so they’re aware of what everyone else is doing,” she says. “It’s a way for everyone to band together and be open at the same time. Newburgh is a small city and a small town — we want to make this a good representation, as well-rounded as possible.”

For more information on NBNY Art Seen, see the website of the Newburgh Arts & Cultural Commission at newburghart.org, which has details about the monthly events, a downloadable walking map and links to each space and gallery.