Chuck was born and raised in Beacon, the middle brother of five boys. He served in the U.S. Navy with the Seabees from 1980 to 1988 and worked for Green Fan, Roy C. Knapp Construction and Laborers Local 1000 until his retirement in 2013.

He was a life member of the Green Haven Fish & Game Club and loved working up north at the lodge and being with the guys. He also enjoyed being outdoors hunting and fishing with his brother, Don, and cooking, country music and watching NASCAR, his family said.

Chuck is survived by his daughter, Rachael (Joe); his granddaughters, Jenna and Alyssa; and his goddaughter and niece, Sandi. Interment will be private.

Memorial donations can be made to the Wounded Warrior Project (woundedwarriorproject.org) or St. Jude’s Children’s Research Hospital (stjude.org). 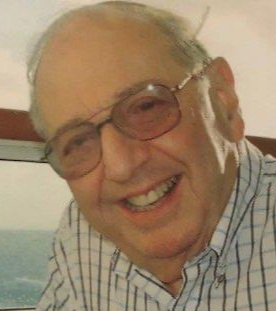 Alford H. Lessner, 90, died at home on May 8, with family members at his side.

Alford was born on Jan. 16, 1932, in New York City, the son of Lorraine and George Lessner, and grew up in the Bronx. After graduation from the High School of Music and Art, he earned a bachelor of arts in music from New York University. He served in the U.S. Air Force during the Korean War and was stationed in Washington, D.C., where he was chief arranger and orchestrator for the Air Force Band and Symphony Orchestra.

He went on to work for his parents’ production company, Lance Productions, which produced movie trailers and documentaries. He was the production manager for the cult horror classic The Brain That Wouldn’t Die, and worked as a sound engineer for Candid Camera. Subsequently, Alford and his brother, Robert, founded Beacon Broadcasting Corp., which owned and operated the radio stations WBNR and WSPK.

Alford and his wife, the former Helen Rees, lived for many years in Newburgh, where he was active in the Chamber of Commerce, Lions Club and community theater. Since moving to New York City, Alford and Helen had become members of the Blue Hill Troupe, a 98-year-old theater group that raises money for charity.

He will be remembered for his generous spirit, gregarious personality, wonderful sense of humor and entertaining stories, his family said.

Along with his wife of 59 years, Alford is survived by his daughters, Joanne Lessner (Joshua Rosenblum) and Kathy Yellen; and his grandchildren, Julian and Phoebe Rosenblum and Vivian Yellen.

Memorial donations may be made to MJHS Hospice and Palliative Care (mjhs.org) or a charity of choice. 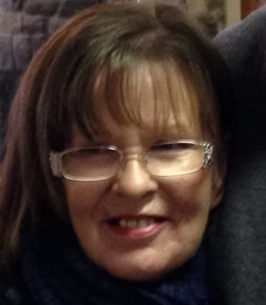 She born in the Bronx on July 20, 1956, the daughter of Peter and Maureen (Haverty) McMahon. After graduating from North Salem High School in 1974, she worked as an administrative assistant for the state Department of Corrections and Community Supervision at Green Haven Correctional Facility.

Affectionately known as “Mo,” she enjoyed family gatherings and spending time with her cousins, and always found time to help others, her family said. She appreciated a good joke and sharing funny anecdotes. She loved to swim and enjoyed any activity that allowed her to be close to the water and bask in the sun.

In recent years, she loved her seasonal pass to SplashDown Beach Water Park in Fishkill. Mo also enjoyed cooking and baking and was a pro at knitting and crocheting. She liked attending music concerts, community fairs and parades. Mo was a person of great faith and loved God.

He was born on July 5, 1964, in Beacon, the son of Edward Lee and Ollie Porter. A 1982 graduate of Beacon High School, Edward worked in several occupations in Beacon until he relocated to Virginia.

He is survived by his daughter, Tashe’ Porter, and granddaughter, Yazzari Reynolds of Newburgh, as well as his siblings: Marion Groover of Beacon; Marsha Diana Worrell of Piscataway; New Jersey, Aletha Williams (Gerald) of Tonawanda; Janice Jones of Alexandria; Della Porter of Gastonia, North Carolina; and Andrew Porter (Michelle) of Tampa.

Family and friends will gather on Saturday (May 14) from 9 a.m. to noon at the Libby Funeral Home in Beacon. Interment will be private.

Cyrus Stevens Vaughn III, 88, a longtime music teacher in the Beacon schools, died May 8 at the New York State Veterans Home in Montrose.

Cyrus graduated with a bachelor’s degree from SUNY Potsdam University and continued with his master’s degree in music education from Boston University. He was a music teacher and director of music at Rombout Middle School and Beacon High School for more than 30 years. He also gave private lessons.

Along with his love of music, Cyrus loved the art of stamp collecting. He enjoyed gardening and traveling with his wife and was a faithful Brooklyn Dodgers fan. Cyrus was a member of the First Presbyterian Church of Beacon.

Along with his wife of 68 years, Cyrus is survived by his children: Neil Vaughn of Beacon, Deborah Jayne Forzano of Pleasant Valley and Brenda Lynn LaManna of White Plains, as well as six grandchildren and a great-grandson. In addition, he is survived by his brother, Earl Vaughn.

A funeral service was held at Libby Funeral Home in Beacon on May 13, followed by interment with military honors at Fishkill Rural Cemetery.