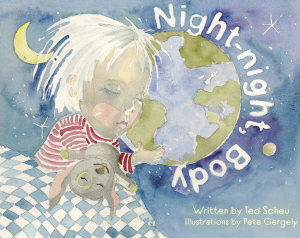 By Ted Scheu | Illustrations by Dr. Peter Gergely
This children’s book, with illustrations by the Garrison pediatrician, was inspired by Scheu’s need for a sleep aid. He patterned the story on a meditative technique he learned years ago — to move slowly up from toes to “tippy top,” tensing and relaxing muscles and giving them permission to “turn off” for the night.

By Allison Pataki
This historical novel from the bestselling author, who lives in Garrison, tells the story of Marjorie Merriweather Post, who grew up in the farmland of Battle Creek, Michigan, as part of the cereal family. Before she turned 30, she was the wealthiest woman in the U.S. But her life also had its share of tumult and betrayal.

The Factory Girl and the Fey

By Nadine Feldman
In this historical fantasy, the Philipstown resident shares the story of Jane Thorburn, who was abandoned as an infant and wants only to be a great weaver in Scotland’s mills. The Fey, meanwhile, have lost much of their magic and need to bring Jane into their world to survive. At the same time, Jane has discovered a love she didn’t know she longed for. What life will she choose? Will she have a choice?

By Mark Prins
Prins, the son of Garrison residents Rick and Connie Prins, reimagines the Daphne and Apollo myth in his debut novel. Determined to keep her from leaving Oxford University, classics professor Chris Eccles sabotages the career of one of his students, Tessa Templeton. In the meantime, Tessa makes a discovery about a second-century Latin poet that could free her. 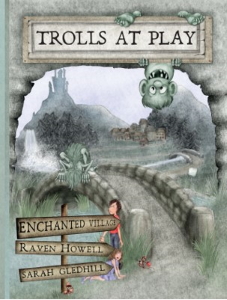 By Raven Howell | Illustrated by Sarah Gledhill
In this children’s book, Howell, who lives in Cold Spring, shares the story of a family who moves to The Enchanted Village with its dwarves, bears, Cheshire cats, fairies, big bad wolves and princesses.