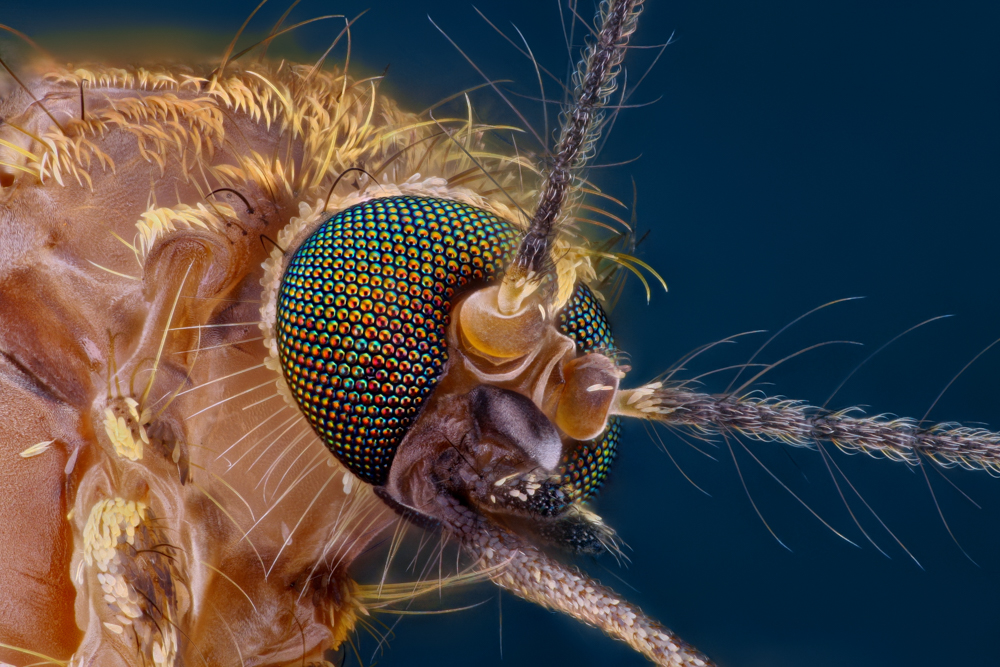 Don’t blame me — I’m a pollinator.

Some months it takes a while to find an idea for this column. Some months, an idea bites you when you least expect it. Like 11 a.m. on a Saturday morning in May, when mosquitoes should not be out already. And yet, there one was, sucking on my arm like a kid with a milkshake.

I was outside trying to take advantage of this six-week period from early May to mid-June when the weather in the Hudson Valley is perfect nearly every day: warm days, crisp nights, flowers budding everywhere and the green wave of leaves slowly making its way up the mountains. Post-Flag Day, however, an enormous mass of humidity parks itself over the Hudson Valley like one of those miles-long spaceships from Independence Day and then, also like the spaceships from Independence Day, obliterates everything in its path.

Last year, as you may recall, the summer and early fall were wet and humid, with mosquitoes still biting in mid-October, leaving me to wonder if I was going to have to hand out travel-size bottles of bug spray on Halloween. I was expecting a longer respite before their return, but the itchy bump on my arm proved otherwise.

So now what? I’m always a “look for systemic solutions instead of individual ones” kind of guy, and my inbox is filling up with missives from various government agencies asking the press to remind the public that mosquitoes need still water to breed and offering tips to ensure their early demise.

They include emptying any buckets or spare tires that collect rainwater. The Westchester Department of Health hands out free minnows each May to homeowners with ponds because the fish voraciously feed on mosquito larvae. (The Putnam and Dutchess health departments apparently don’t offer the same, but you could get a supply at a bait shop.) NASA has a citizen-science program in which people use the GLOBE observer app to report mosquito habitats. “As temperatures increase in many areas of the world, the presence of disease-carrying mosquitoes should be closely monitored,” says the program website.

The “as temperatures increase” part is key. Climate change is producing hotter, wetter, more humid summers in the Northeast, as well as more mosquitoes.

There’s a theory that western science was born out of the limits of ritual, as some ancient Greeks figured out that there were more accurate ways to predict the weather than whether a sacrificial bull was burned the day before. In time, we looked back on our ancestors with disdain. Imagine thinking that humans could influence the weather by their actions!

Thousands of years later, those ancient pyromaniacs are having the last laugh. Turns out, we can influence the weather by our actions, only instead of burning livestock, we’ve been burning fossil fuels, sacrificing the finite materials of Earth instead of harnessing the infinite materials of the sky.

So if more mosquitoes are the norm, we have only ourselves to blame. But we may need them in the years to come. The primary role that mosquitoes play in the ecosystem is not to annoy humans, or to spread disease, but to pollinate. They feed on flower nectar — only the females bite, and only when they need the protein from our blood to lay eggs.

With bee populations crashing as a result of widespread pesticide use and habitat destruction, and bats (also pollinators) being decimated because of white-nose syndrome, mosquitoes might have a lot of heavy lifting ahead if we want to continue to have brilliant blooming flowers. With apologies to Emily Dickinson, hope is not always the thing with feathers. Sometimes it draws blood.

I am working on making peace with my new winged friends, these spreaders of future beauty, these delightful angels of the dusk who give so much and ask for so little in return — just a teensy bit of vital fluid in return for tomorrow’s blooms. “April ouchers bring May flowers,” we’ll tell our grandkids. “Nature is healing,” I say to myself as I slather my ankles with witch hazel. “You reap what you sow,” I remind myself as a buzzing cloud descends upon me while I take the trash out, a walking blood sacrifice for the sins of man.

One thought on “Out There: Bugging Out”