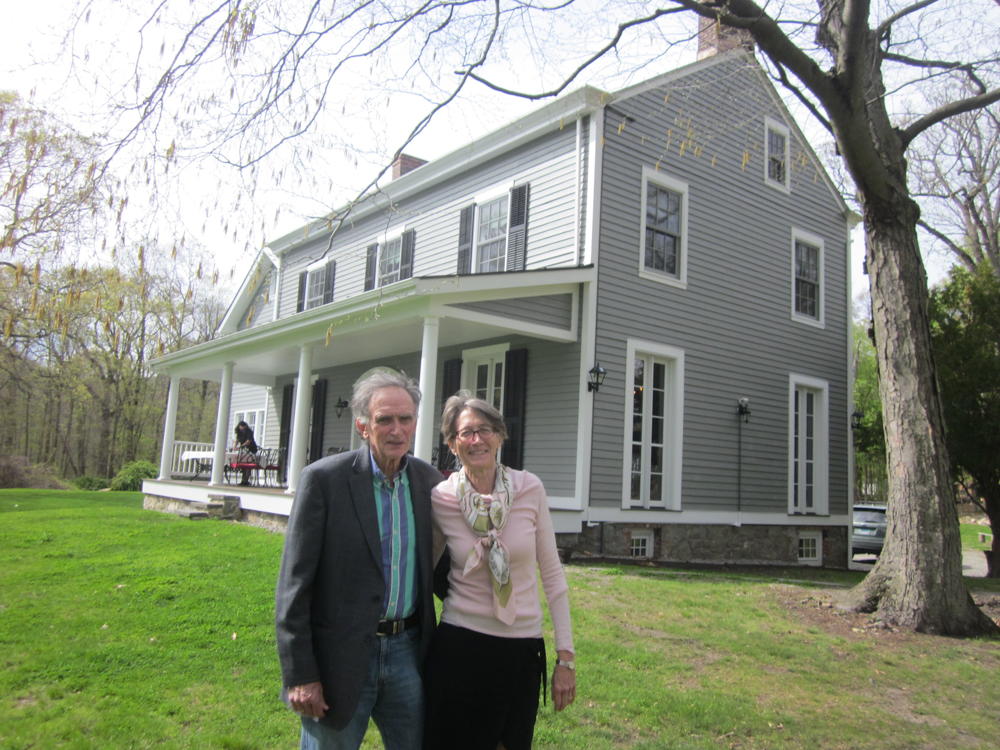 David Watson and Marianne Sutton outside their bed and breakfast in Cold Spring (Photo by M. Ferris)

Couple gets down to details to rescue cottage

When they each retired, David Watson and Marianne Sutton didn’t start second careers. Instead, they fell in love with a decrepit, vandalized, 200-year-old cottage in Cold Spring known as the Kemble house, after its first owners.

Watson and Sutton, both pediatricians, embarked on an extensive restoration project that has now become the West Point Foundry Bed and Breakfast.

The job of a doctor and innkeeper are similar, says Sutton. “We interact with the general public — most people are lovely — and the goal is the same, taking care of them.”

The couple lived all over the globe before settling in Manhattan. When they began house-hunting in the Hudson Valley, Sutton says her husband had three criteria: “It had to have a view, and it had to be within walking distance to a village and the train. We were thunderstruck by this place.”

Though reluctant to undertake another renovation — they had once restored a home in Massachusetts — they recognized the property’s importance to local history as a remnant of the foundry from before the Civil War.

The home contains a dining room, a sitting room, two upstairs bedrooms and a basement. The project, which took five years, provided Sutton with an opportunity to oversee a multitude of details; it now requires vigilance to maintain, she says, but she’s happy to roll up her sleeves. Walking the grounds, she stops to pick up stray candy wrappers and other detritus. “We live in paradise,” she says. “But you have to work for it.”

Sutton is not shy with a chain saw and learned to wire light switches watching YouTube videos. Watson enjoys researching the foundry’s role in U.S. history and sharing stories with guests and visitors during tours.

President Lincoln walked on our piazza, shook hands on his way to Uncle Gouv’s + The Foundry.

The 9-acre property, located on a bluff overlooking the river, was the summer residence of William Kemble, who ran the foundry with his brother, Gouverneur Kemble. The house had many prominent visitors, including President Abraham Lincoln, Gen. Winfield Scott, painter Asher B. Durand and Robert E. Lee when he was superintendent of West Point.

The munitions created at the foundry, particularly the Parrott cannon (a replica of which sits on the home’s front lawn) helped tip the scales during the Civil War.

“The South didn’t have to win — it just had to avoid losing,” says Watson. “The South had better soldiers, but the North used its industrial might to pound them into submission. Most of that came from right here.”

Many people move upstate and refurbish homes, but “David and Marianne are very community-minded and genuinely interested in the history,” notes Mark Forlow, who chairs the board of the Putnam History Museum. “What they’ve done is fantastic and it’s not what we typically see from people who come up from the city. To see the house brought back from near ruin is incredible.” 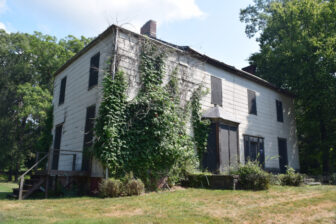 The home, known locally as the Campbell house, before it was renovated (File photo by Michael Turton)

The couple, who view the property as a local resource, have hosted events, including tours, a candidate forum and nonprofit fundraisers. They plan on inviting the public to watch the fireworks at West Point.

They priced their rooms to avoid direct competition with established local inns and hotels, Sutton says. On a recent weekday afternoon, a trio of Marylanders stopped by on their way back from Maine.

“We looked for something about halfway home and typed in ‘view,’ ” explains Donna Kaufman. They enjoyed wine and cheese on the veranda as a hazy sun hovered above West Point.

Sutton and Watson built an addition where they live and serve guests. Chef Leigh Ann Hunter, a Mississippi native who adds a dash of Southern hospitality, occupies an apartment above the three-car garage.

The wing provides efficiencies reminiscent of those instituted at the foundry, an early adopter of assembly lines and vertical integration. A geothermal system regulates heating and cooling, including the bathroom floors. Laundry facilities are adjacent to the bedrooms and a modern kitchen hides behind a door in the formal dining room.

The project’s crown jewel is the historic interior, all that remained from the original structure, which has been transformed from a dilapidated shell into a meticulous reproduction.

Despite some frustrating moments with contractors and permits, Sutton and Watson say they enjoyed working with photographs of heirlooms sent by Kemble descendants and tracking down appropriate Federal-era antiques. Even the window drapes are authentic, Sutton says.

“The level of detail is really impressive,” says Forlow, who is also the town and village historian. “I noticed the original banister immediately. A lot of older houses have been updated and altered, but this had the original fixtures intact. It just needed to be restored.”