Task Force alleges he sold in Dutchess and other counties

A Newburgh man was arrested in Poughkeepsie on May 17 and charged with dealing “a significant quality of fentanyl” in Dutchess, Orange and Ulster counties, according to the Dutchess County Drug Task Force. 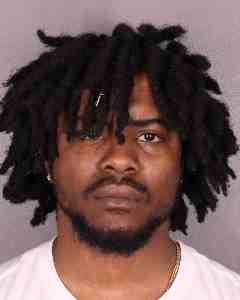 Laquan Falls, 26, was charged with criminal possession of a controlled substance with intent to sell. When arrested, he was in possession of fentanyl and other illegal drugs, police said.

Falls was remanded to the Dutchess County Jail. He also has a federal arrest warrant related to the investigation, police said.

Fentanyl is a synthetic opioid that is believed to be 100 times more potent than morphine and lethal in dose as small as 2 milligrams. Illegal drugs, for example heroin, are often contaminated with fentanyl.

nt Administration, Dutchess County Sheriff’s Office, the City of Newburgh Police and other agencies. To share information about individuals selling fentanyl or other dangerous drugs, email [email protected] or call 845-463-6040.