Andrew Metz, a former Philipstown resident, is the managing editor of the PBS series Frontline, which recently aired “The Power of Big Oil.” On Tuesday (May 31), Metz will be part of a panel at the Desmond-Fish Public Library in Garrison that will discuss the oil industry’s role in climate change. 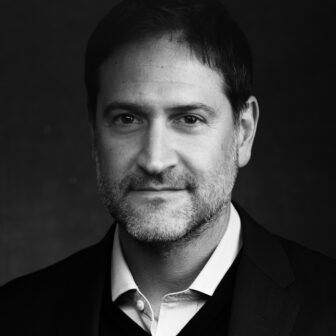 It dates to the 1970s, when Exxon researchers and other scientists, including inside the U.S. government, were publishing on the topic. There was a consensus this could be a major problem. A former Exxon scientist, Ed Garvey, put it succinctly in our series: “There was no separation between Exxon’s understanding and that of academia. None. Yeah, there were uncertainties. The uncertainty was, ‘When?’ and ‘How fast?’ That’s what we were looking at. [But we knew that] if we didn’t reduce fossil-fuel consumption in a significant fashion, we were going to be facing significant climate change.”

Did whistleblowers play a role?

Both insiders and documents have helped shape our understanding. A key was around 2015 when a few former Exxon scientists went public with their experiences of working on climate-change research decades earlier — and also, when reporters from Inside Climate News, The L.A. Times and Columbia University and others began mining internal Exxon documents. Interviews helped bring to life what the documents were showing: a long history inside Exxon and the industry of looking at the possible impact of fossil fuels.

How much control do national governments have in dealing with the oil industry and global warming?

Over the three parts of our series, you begin to see the interplay between industry and government and, frankly, the public. Of course, the industry has enormous sway in Washington; our country, and our world, is so reliant on fossil fuels. We show pretty clearly how various elements within the industry contributed to delaying decisive action and raising doubts about the science. The series spotlights pivotal moments across multiple presidencies when things could have gone one way but went another — right up to recent years as the U.S. pushed to become an energy superpower while also trying to tackle climate change. It’s a tough balancing act. What I found interesting was the role of the public, and what might have happened if there had been greater public will.

Has news coverage, or lack of it, been part of the problem?

There has been valid criticism over the years — particularly in the 1980s and ’90s — about its role in muddying the waters, not cutting through the doubt being spread, not doing enough to show the consensus and the solid science. But if you look at the long arc, there has been a tremendous amount of reporting in which journalists asked tough questions of industry and government. That is certainly what we tried to do in our series.

Do you see any light at the end of the tunnel?
The reality is there have been so many missed opportunities, and so much damage has been done. The warnings from scientists are as intense as ever. I still want to be an optimist. I liked what Russell Gold told us. He is a “techno-optimist” who believes that we will innovate our way through the crisis. We can look back and wring hands and hold people to account, but at the same time, I’m intrigued by the idea that we will harness technology to help deal with the problems, and make a real energy transition.