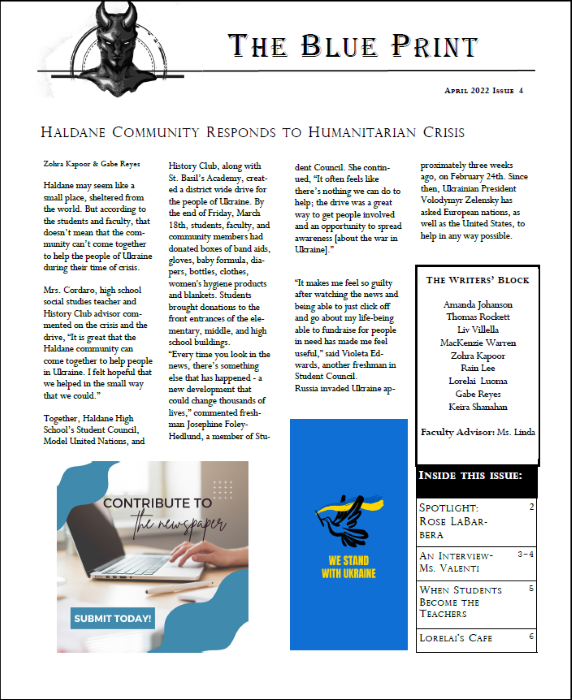 Six times each year, the students in Ashley Linda’s journalism class at Haldane High School publish a newspaper, The Blue Print. With support from the Haldane School Foundation, The Current is working with the students to share their reporting with the community. Selections from the March and April issues appear below.

Michele Valenti was not always a teacher, nor did she always want to be a teacher. When she was little, she always wanted to be a veterinarian, but, she says, “I thought about the idea of putting animals to sleep, and I said I can’t do that.”

Obviously, Valenti is not a veterinarian, so I posed the question of when she wanted to become a teacher. When she was in high school, she really liked math and science, typical favorite subjects for someone who ends up becoming a chemistry teacher; however, she also had a love for art. She says that she was “very left brain-right brain.” But she never pursued art professionally because “I knew art was a really competitive field, and I just needed something a little bit more stable.” 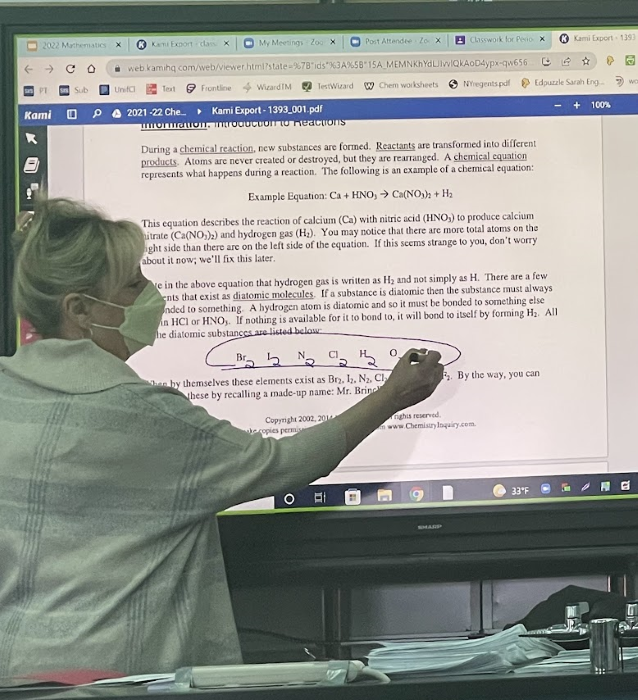 This led her to concentrate on science, which is when she realized she wanted to become a teacher. When Valenti was in high school, “there weren’t enough jobs in the teaching field.” Despite the demand for teaching not being high, she continued on the path of science — on what she called a “twisted road.”

Going into college, Valenti “wanted to go into pathology” and find “cures for cancers” and things of that nature. During this period, Valenti was pursuing her biology degree in hopes of getting more into pathology.

Valenti worked at a pathology lab in the Bronx at the Montefiore Medical Center, but it was just a three-week internship. Valenti says that “I was putting myself through college, so money became an issue.” Because Valenti had experience with electron microscopy, her professor was able to tell employers that one of her students who had just graduated was “really good” with electron microscopy. This became the start of her job at IBM.

Ironically, Valenti says she “figured that this was going to be just short-term and that I would get enough money to get through college.” She ended up being at IBM for 24 years.

Valenti realized that at IBM, she would not be promotable because she had a biology degree. That is how she ended up getting her chemistry degree. From that point, Valenti was working in a lab and she decided to begin to take engineering courses through one of IBM’s onsite programs. This allowed Valenti to be promoted into engineering.

I asked, if it was an option, would she still be a chemist? Valenti says, “No. When I was at IBM, I was caught in the downsizing in 2001 and I had a choice to continue to be a chemist in the industry. But because I had always wanted to become a teacher, I decided to follow that.”

IBM gave laid-off employees about three weeks of help to find other jobs and write resumes. During that process, “a professor from Pace University came in and they had a program called ‘Come Teach with Us,’” says Valenti.

She says teaching fits her better because “I really like working with my students, I like helping students to realize that they can do it [chemistry] it and like it.”

Valenti says she worked with 19 other people at IBM and how the job was team-based, but she also mentions that she was the only female in the department. “This was like pre-2000s, where you just went through all of the nonsense,” she says.

“You got through all of the little cracks about being a female. I actually had a manager whom I worked for who said that females had no business being in the industry because they were taking away jobs that were for men.”

By Zohra Kapoor and Gabe Reyes

Haldane may seem like a small place, sheltered from the world. But according to the students and faculty, that doesn’t mean that the community can’t come together to help the people of Ukraine during their time of crisis.

Michelle Cordaro, high school social studies teacher and History Club advisor, commented on the crisis and the drive, “It is great that the Haldane community can come together to help people in Ukraine. I felt hopeful that we helped in the small way that we could.”

“Every time you look in the news, there’s something else that has happened — a new development that could change thousands of lives,” commented freshman Josephine Foley-Hedlund, a member of the Student Council. “It often feels like there’s nothing we can do to help; the drive was a great way to get people involved and an opportunity to spread awareness” about the war in Ukraine.

“It makes me feel so guilty after watching the news and being able to just click off and go about my life — being able to fundraise for people in need has made me feel useful,” said Violeta Edwards Salas, another freshman on the Student Council.

Since Russia invaded on Feb. 24, Ukrainian President Volodymyr Zelensky has asked European nations, as well as the United States, to help in any way possible.

Heard in the Hall

What song got you through the winter? 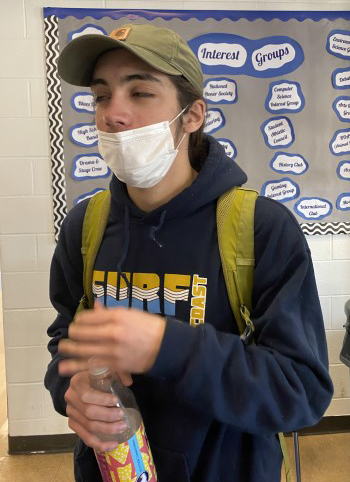 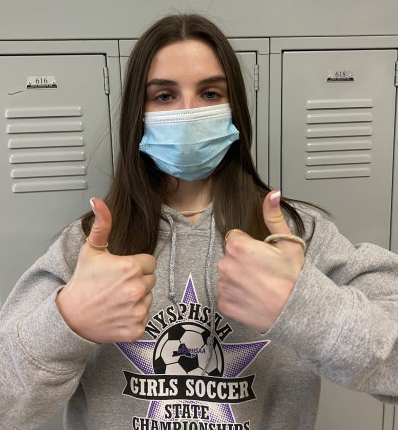 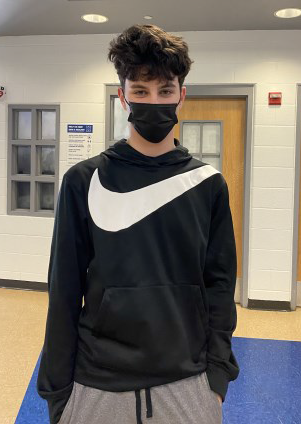 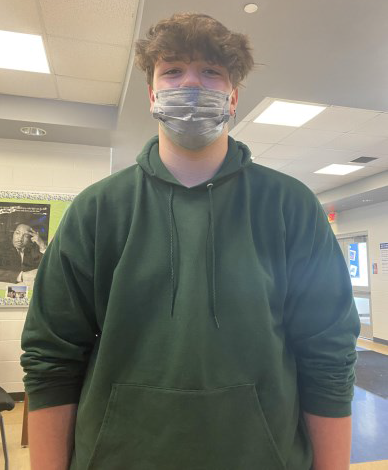 My first memory of Rose LaBarbera is one from my elementary school years. It was Halloween, and she had gotten onto the bus with glass shards jutting out of her cheek, blood dripping down her face. It wasn’t a real wound, however. She had created it using her makeup and prosthetic skills, but you wouldn’t have known it was fake unless she told you.

I sat down with Rose for an interview a few weeks ago to uncover how she started doing this art, where she is now and where she plans to be in her future. 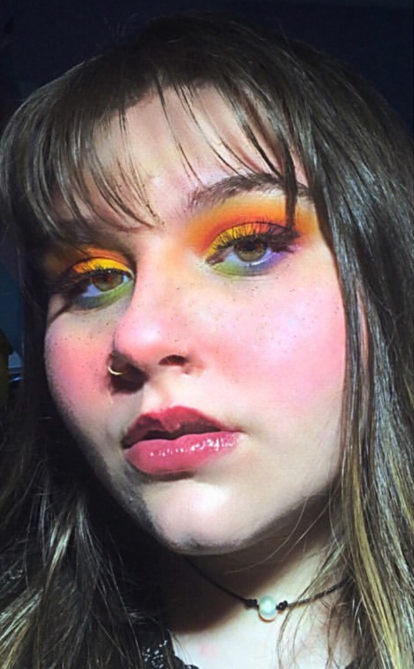 “I started when I was 7, for beauty,” she said. She credited the television show, Monster High, with being her first inspiration for makeup. She recalls attempting to recreate a Draculaura look with the limited supplies she had.

As she moved into the fifth grade, however, her interest evolved to special-effects makeup.

Halloween became the perfect opportunity for Rose to experiment with her skills. Special-effects supplies are expensive, but Rose didn’t want to miss an opportunity.

“Every year I had to come in with something,” she says, remembering the year she created a voodoo-doll look using toilet paper. She still practices this same resourceful creativity today, saying: “I use anything I have [at] my disposal; I don’t limit myself.”

Rose recommends Morphe as her go-to product for beauty, which is a brand favored for its quality products, accessibility and reasonable prices. If you’re looking more for special-effects supplies, however, then Rose says Mehron is the brand for you.

When I asked her who her biggest inspirations are, she immediately named Greg Nicotero from the show The Walking Dead. She also mentioned Rick Baker, who does special effects for movies, and Tom Sabini, who has a makeup school that Rose dreams of attending.

“But my biggest influence in my life was Mykie, Glam & Gore on YouTube,” she said. “I created most of her looks, [the ones] that I could; she was my inspiration for special effects.”

Rose is top of her class at BOCES’ morning cosmetology course, and despite makeup being her priority, she excels in hair, as well. She said one of the main reasons she took the course was because it provided her with an opportunity to qualify for a cosmetology license. “I need to have a license. I can do makeup, but not in a salon.”

Rose does makeup for her friends sometimes, and works backstage for Haldane Drama’s performances. “I don’t charge for anything — I just like to do it!”

Over the summer, Rose attended a master class at the New York Makeup Academy in New York City. The class was centered around blood and prosthetic effects, and through the program Rose produced a gnarly fake leg wound. She started her prosthetic by molding its most basic shape first, working side-by-side with people twice her age. It evolved into the bloody wound she sported on Halloween, which she then paired with some spooky white contacts, enhancing the creepy look.

As for the future, Rose knows that she wants to focus on special effects, and sees herself creating for movies or shows. She expects to travel a lot, working behind the scenes for big productions. “I can see myself working for a celebrity for events, or on Broadway,” said Rose. She predicts that it’s not going to be an easy road, however, due to the highly competitive environment. “I feel like this field is a very small field, so you have to work hard to get the job,” she said.

Despite the challenge, Rose is excited to see where her skill will take her. Fans of hers are excited, too. As Christi DeRosa, an administrative assistant and high school guidance worker, said, “Rose is my idol, swear to God!” 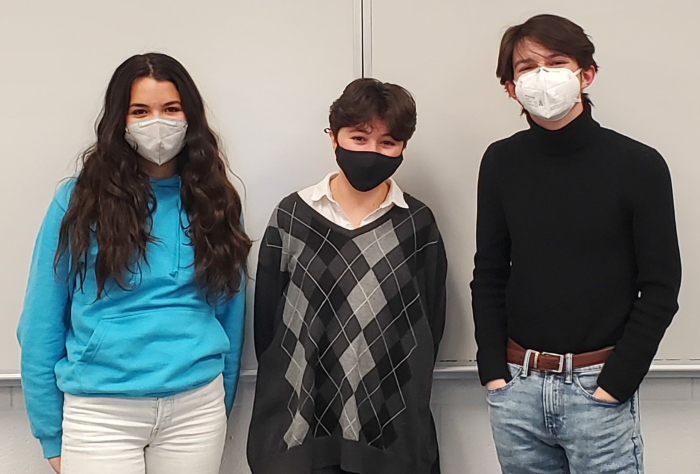 This year the Poetry Out Loud competition took place on Jan. 11. The three student participants — sophomores Camilla McDaniel and Percy Parker and junior Sam Bates — chose poetry from the pre-approved Poetry Out Loud anthology. All three students did an outstanding job in their inflection and emotion when reciting their poems.

Members of the English Department, along with Principal Julia Sniffen, judged the competition. During this difficult time, we are very proud of our students for their participation and wonderful recitations!