Sometimes it can be something as innocuous as a white pickup truck, a common sight in Iraq, that triggers traumatic memories for U.S. veterans of the war fought there.

Such triggers can fuel drug and alcohol addiction and criminal behavior, said Harold Delamater, a Marine Corps veteran and former Beacon police officer who is commander of the city’s Veterans of Foreign Wars Post 666.

“There is good in people; you just have to reach out and find it,” he said. “Most veterans are really good people.”

That will be a guiding principle of Dutchess County’s inaugural veterans court, a program in Beacon and Poughkeepsie that will give former service members charged with misdemeanor and nonviolent felony crimes a reprieve from jail. Instead, they will be directed to addiction and mental-health treatment. 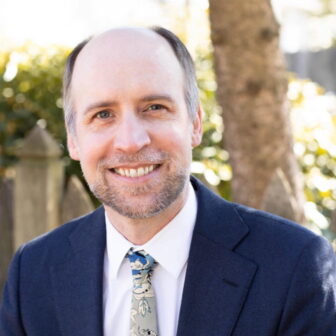 Built on the same carrot-and-stick model as drug courts, veterans court allows qualified defendants to get assistance with other challenges, such as housing, beyond whatever difficulties brought them before a judge. Participants are mandated to appear in court when scheduled, attend treatment and submit to random alcohol and drug testing.

Segal described the program, which starts with a “soft launch” this week before going full-time in the fall, as “a team effort.”

In addition to the county Office of Probation and Community Supervision, partners will include Mental Health America of Dutchess County’s Vet2Vet, an advocacy and support program that helps veterans find housing and work and matches them with mentors who are also veterans.

“More than a guilty verdict, we are focused on rehabilitating these men and women who have defended our nation, giving them a second chance to turn their lives around and constructively contribute to their community,” she said in a statement.

The rates of addiction, mental illness and homelessness are typically higher among veterans, especially men and women who experienced or witnessed trauma while deployed. Veterans with post-traumatic stress disorder are 60 percent more likely to end up in court than other veterans, according to a 2020 report by the U.S. Department of Veterans Affairs.

The first veterans court in the nation opened in 2008 in Buffalo. As of last year, New York had 32 courts in 24 counties, according to the Office of Court Administration.

Looking to expand that reach, Assembly Member Sandy Galef introduced legislation that was enacted in 2021 that allows ex-service members to have their cases transferred to a county with a veterans court. For example, a veteran being prosecuted in Putnam County, which does not have a court, could ask that his or her case be moved to Dutchess or Westchester.

Galef, whose district includes Philipstown, recalled observing a court session in the Bronx and being impressed by the judge’s knowledge of the challenges facing veterans. She said she also was impressed by the number of veterans who volunteered to attend court in support of program participants.

“Instead of putting them behind bars, let’s see if we can solve that drug problem, which may have come about because of their service in Vietnam or wherever they were,” she said.