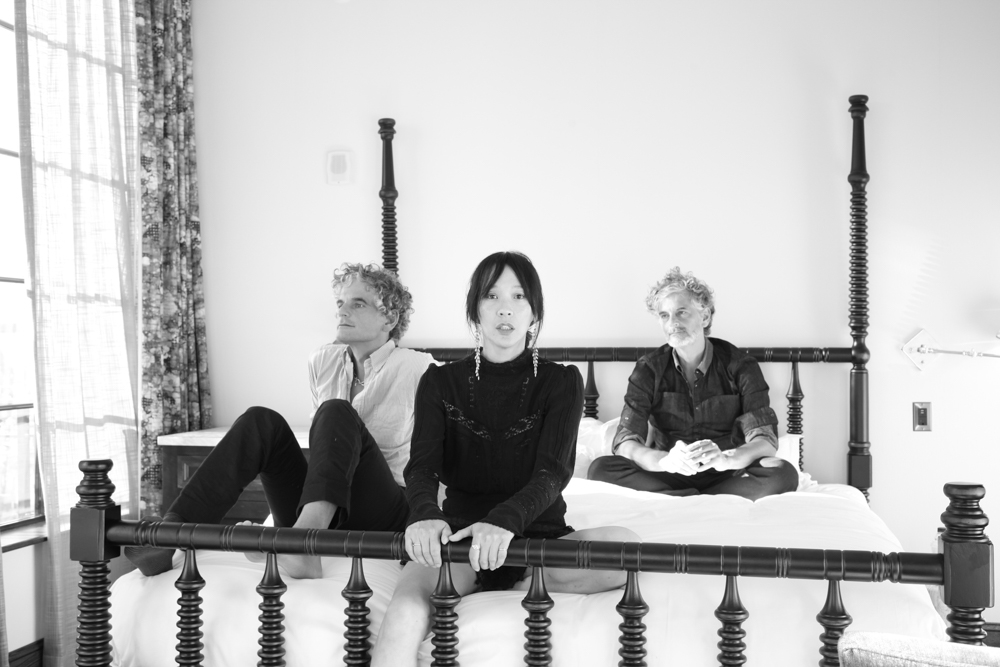 “I don’t have a category for it — it’s a rock band,” said Simone Pace, who lives in Garrison and is one-third of the group with his twin brother, Amedeo, and Kazu Makino. “There’s no typical listener, it could be goofy kids, or could be their parents. For some people we’re still a new band, especially in some countries where we are a new band. In the U.S., there are people who saw us at CBGBs” in New York City when the band was starting out in the 1990s.

Blonde Redhead, which has more than 260,000 followers on Spotify, will perform on Friday (June 17) at the Philipstown Depot Theatre to benefit the Depot’s youth programs. Not surprisingly, as of Friday (June 10), only one of the 67 seats for the intimate show remained.

Why the Depot? After all, the band recently returned from a monthslong tour opening for the band Tool in 20,000-seat arenas. As it happens, Blonde Redhead needed a place to rehearse over the winter. The Depot, which was not yet hosting indoor events because of the pandemic shutdown, offered a trade: Playing space for a benefit concert.

On a sunny day last week, Simone Pace arrived at the Depot by bicycle to talk about Blonde Redhead’s trajectory and success. 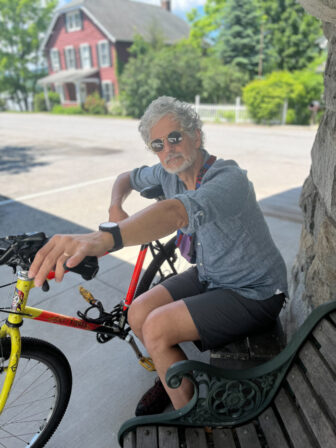 Simone Pace outside the Depot Theatre in Garrison (Photo by A. Rooney)

“Our family left Milan for Montreal when my brother and I were 13 — my father had left three years earlier for a job there,” he said. “We were always into music. I started playing drums, and decided I wanted to be in music for life. Our parents told us to take it seriously and study music. We found the Berklee College of Music in Boston, where, in addition to studying your instrument, you learn theory, arranging, ear-training and history; it’s full-on.”

After graduating, Simone received a grant from the Canada Council for the Arts that allowed him to move to New York City. “I was playing more Brazilian and Latin-oriented music,” he recalled. “Amedeo joined me, and we started playing in the streets, mostly around Soho. One day around 1995, I was playing next to an Italian restaurant and a waiter came out, offering us beer, telling us the owner wanted to meet us.

“He offered us a job playing every Sunday. In the meantime, we met [actor and musician] John Lurie; he wanted Amedeo and me to join his jazz ensemble, the Lounge Lizards, to tour Japan. That got canceled, but John was friends with Kazu and brought her to see us. She was singing jazz standards with Bill Frisell, Arto Lindsay and Marc Ribot but wanted to create something with someone. That’s how we started.”

The band released its first single and approached Sonic Youth to tour. Steve Shelley, the drummer for Sonic Youth, had a record label, “so we asked about recording,” Simone said. “We had the songs ready. We recorded our debut album in a day, and mixed it in a day. On a tight budget, it was a spontaneous process.”

From there they went out on tour. “I had to forget everything we learned in school, which was hard in many ways,” he said. “But we started getting exposed to music that was very free, such as by Sonic Youth, Pavement, My Bloody Valentine. We realized we didn’t have to follow standard tuning — you could create your own voice. Coming from studying jazz, Brazilian, Latin — there are so many rules attached to the style, so it felt liberating that I could dictate. Even though I was inspired by others, it was my music. Nobody could tell me how to play.”

Blonde Redhead began to earn a living through touring; eventually it was selling out 3,000-seat venues such as Terminal 5 in Manhattan. It also has released nine albums.

For those unfamiliar with the group, Simone suggested starting with Misery is a Butterfly and 23.

“With Misery is a Butterfly, we wanted to experiment with sounds, including strings, so we had an amazing violin player come,” he said. “He played everything; even though it sounds like a small orchestra, it was just one person. 23 followed that path.” They’ll be playing music from both albums at the Depot.

The group has completed work on its next record and is looking for a company to distribute it, which is another journey, according to Pace.

“With recording labels, it’s interesting what happens because when you become part of a label, that label has a vibe and you’re shaping that,” he said. “They choose you so that the label can develop and grow. The artist shapes the label, not the reverse. We never thought about making it a certain way. Though it’s harder now to find a home, we’re working on it. We may not be sure when it’ll be released, but the record is done.”

The Philipstown Depot Theatre is located at 10 Garrison’s Landing. Tickets for the performance, which begins at 8 p.m., are $40 at philipstowndepottheatre.org.