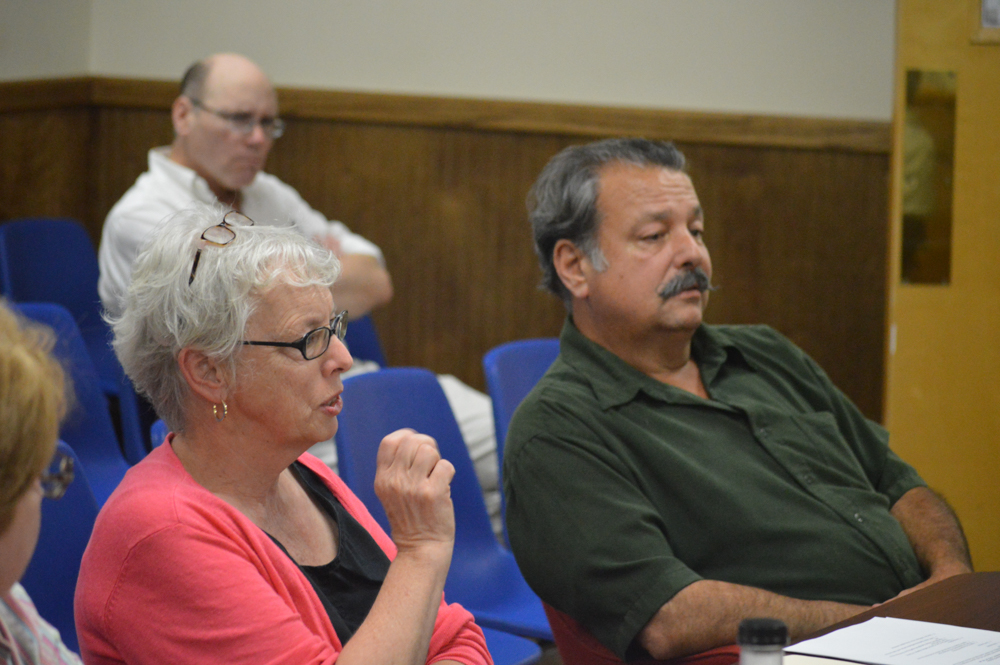 Republican in Putnam will step down

He has held the position for 31 years. Like all New York counties, Putnam has an equal number of commissioners from both major parties — in this case, one of each — who are appointed by the county Democratic or Republican committee and approved by the Legislature to oversee the Board of Elections.

In a May 31 letter to County Executive MaryEllen Odell, Scannapieco said he was resigning because “the political landscape in Putnam County has become more contentious than ever before, and individuals no longer behave with civility and decorum.”

Scannapieco could not immediately be reached for comment. He said he planned to leave on June 30; his current four-year term expires on Dec. 31. He recommended to Odell that his deputy, Kelly Primavera, succeed him, although it is the Republican Party Committee — which Scannapieco chairs — that will need to submit her name to the Legislature.

Scannapieco’s dual role as a nonpartisan election commissioner and the partisan chair of the political committee that appoints him to oversee the vote is the sort of apparent conflict targeted by a bill introduced at least four times — most recently in 2019 — by Sandy Galef, a Democrat whose Assembly district includes Philipstown, to prevent anyone from holding both positions.

Each election commissioner is a county employee who, in Putnam, earns $98,235 annually. The Democratic commissioner is Cathy Croft, who is not an officer with Putnam County Democrats but is listed as chair of the Town of Southeast committee.

As the Republican chair, Scannapieco did not shy away from divisive politics, even within party ranks. In February, he openly feuded with Assembly Member Kevin Byrne, who was pursuing the Republican nomination for Putnam County executive, succeeding Odell, who cannot run because of term limits. Scannapieco’s preferred candidate was Carl Albano, a county legislator. In a letter to other Republicans, he said that Byrne has “brought the party to the brink of broken” by creating the possibility there would a primary and that “it is his dishonor and disloyalty that is the destructive force here.”

Describing Byrne as “a career politician” who has “lived his adult life from photo op to photo op,” Scannapieco asserted that in three terms in the Assembly, Byrne has “offered no help in any way, shape or form to our local government.”

Byrne nonetheless won the Republican endorsement and Albano soon after ended his campaign.

Two months later, Neal Sullivan, the chair of the Putnam County Legislature, was forced to drop out of the race for his seat because of errors on a nominating petition that had been signed by Scannapieco. The decision precluded a primary against a Republican challenger, Erin Lee Crowley.

After Sullivan’s petitions were filed, they were challenged by Crowley. For a signature to be thrown out, the county election commissioners must agree it is invalid. In this case, 15 signatures gathered by Scannapieco were misdated. Croft ruled they should be invalidated, while Scannapieco recused himself. His deputy, Primavera, also recused herself, and the matter went to a judge.

In 2019, when a Democrat challenged longtime Philipstown clerk Tina Merando, a Republican, Scannapieco wrote to The Current suggesting the Democrats had not done “the right thing” by opposing Merando because she was battling cancer.

In 2016, returning from a Women for Trump rally in Albany that his wife helped organize, he told The Current he planned to vote for Donald Trump because Hillary Clinton was a “thief and murderer” whom he accused of being involved in the 1993 suicide of an aide and the shooting death of a Democratic National Committee staffer. “That was an assassination,” he asserted. “The Clintons have no qualms about killing somebody.”