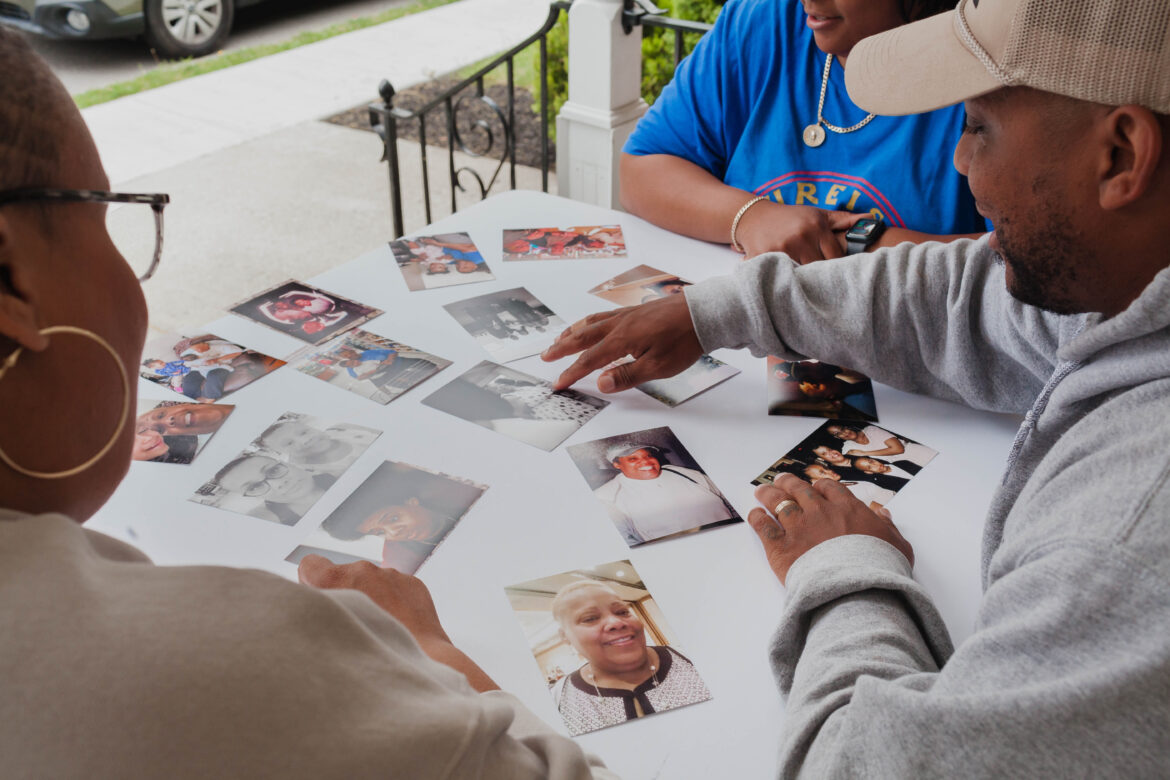 Ed McNair Jr. and his two older sisters, LaVonne and LaKeshia, weren’t ready to talk about their mother, Yvonne McNair, until now.

Yvonne — for decades a leader in Beacon’s Black community — died in March after a six-week bout with COVID-19. The highly contagious Omicron variant tore through the close-knit family in January, sickening Ed Jr., his wife and young son, plus LaVonne, LaKeshia and the siblings’ mother.

While her children and grandchildren recovered, Yvonne, 68, took a turn for the worse and was readmitted to Vassar Brothers Hospital in February. She came home, with an oxygen tank, but later that month was rushed to the hospital again, where doctors diagnosed her with COVID-induced pneumonia.

She never returned home before dying on March 4.

“I still haven’t accepted it,” said Ed Jr., 34, who has three children, ranging from 2 to 10 years old. “I kind of look past it, like it didn’t happen. It’s a very big gap, but I try to fill the void with other things — my family and kids.”

Born in the Bronx and raised in Harlem, Yvonne and her siblings were separated in foster care early in life. It was that experience, her family said, that led her as an adult to care for children, even if they were not her own.

“She always felt like she needed to fight for kids who weren’t being seen or heard,” LaKeshia said.

Yvonne and her first husband moved to Wappingers Falls in 1977, both taking jobs at the IBM plant in Poughkeepsie. After that marriage ended, she moved to Beacon to live with Ed Sr., whom she’d met at IBM. They were married in 1985. 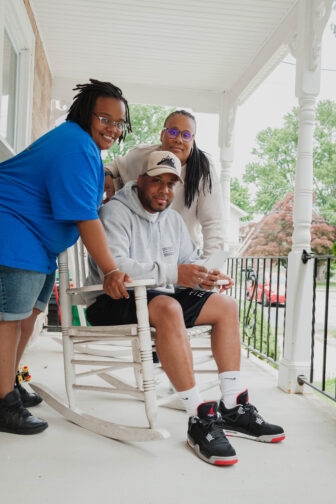 Ed McNair Jr., surrounded by his sisters, LaKeshia and LaVonne, sits in his mother’s favorite rocking chair at the family’s Hubert Street home.

The couple raised their children in a home on South Cedar Street, where Yvonne became one of the Black community’s leaders. “She was a voice for the voiceless, for the less represented,” said Ed Jr., who is moving his family into a Hubert Street duplex two blocks from his childhood home. LaVonne, 38, shared the Hubert Street house with their mother for the last 12 years of her life, and will continue to live there. LaKeshia, 37, lives in Fishkill.

Yvonne ran unsuccessfully for the Beacon school board in the late 1980s. Then, in 1992, Ed Sr. was paralyzed from the neck down in an automobile crash, and her responsibilities multiplied. As she managed her husband’s care, the three children had school and were multi-sport athletes. Ed Jr. played basketball, baseball and football, while LaVonne played softball and was a cheerleader. LaKeshia played softball and basketball and swam.

Yvonne took a buyout from IBM in 1991 and began working at Downstate Correctional Facility in 1993. She started in the prison’s business office, then worked in the mail room and drove a truck for the facility.

Her last job there was as a library clerk. After finishing her shift, she would stay on to volunteer, preparing inmates in group therapy sessions for reuniting with their families, particularly children, upon their release.

“You wouldn’t know all that was going on,” Ed Jr. said. “She never showed us she was overwhelmed. She was there for us, and for anyone else who needed it.”

Yvonne completed her GED just before Ed Sr. died in 1997. After being medically terminated at Downstate in 2006 (she suffered from rheumatoid arthritis), she volunteered at Beacon’s Martin Luther King Cultural Center, which closed in 2011.

She ran again for the school board in 2014, finishing fourth out of four candidates for three seats — although only 80 votes separated McNair from the first-place finisher.

LaVonne suspects her mother “had a target on her back, to make sure she didn’t get the support” to be elected. Ed Jr. says “she was going to speak on issues that people didn’t want to touch.”

One of McNair’s last public appearances was in September 2020, during a contentious school board meeting. She spoke that night in favor of John Galloway Jr., a 2015 Black graduate of Beacon High School who had applied to fill one of two vacancies on the board.

McNair noted that most of the school board members were white and did not represent the young people in the audience as Galloway would. “My kids have graduated from here, but my grandchildren are going to go here,” she said. “We need to represent the people of this community. Not only on this board, but in the schools. We need teachers that our children can look at and see somebody that looks like them and understands what’s going on in their life.”

Jasmine Johnson, another Black Beacon High School graduate, was appointed to the board that night. A month later, Galloway was added. He said that McNair spoke to him at length before his appointment.

She told Galloway that “there’s a lot of unfairness when it comes to equity in politics,” he said. “She knew that she belonged, and she let me know that I do, too. She was my backbone — always checking in, making sure I was focused.”

Galloway said he hopes to care for Beacon’s Black community as passionately as McNair did.

“Every time we saw her [as children], it was encouraging words. She took care of everything that no one wanted to take care of,” such as inequity in the schools or children acting out, he said. “The whole neighborhood wishes that she had a chance to showcase her vision for change on the board.”

McNair also served on Beacon’s Human Relations Commission (now the Human Rights Commission) for 14 years, much of that time as its chair. She stepped down just before the COVID-19 pandemic began in early 2020.

The commission’s charge is to help resolve conflicts within the community and, when necessary, send issues to the City Council for further review. Before walking away, she had a long conversation with Paloma Wake, who succeeded McNair as chair (and who was elected to the City Council in November 2021).

The most important takeaway from the conversation, Wake said, was recognizing “the depth of care she had for anyone who came [to the commission] with a concern, but also her depth of knowledge of the resources in Beacon — and resources that have come and gone,” such as the Beacon Community Center and the MLK Cultural Center, which provided afterschool programs, mentorship opportunities and a safe place for children to hang out.

McNair also spoke about issues like South Avenue Park, which, in her opinion, had not always gotten the same level of upgrades and maintenance as the city’s other parks, and “foundational” gaps such as the lack of a hospital in Beacon, Wake said.

While McNair was battling COVID-19, Beacon’s Cherie Griffin and other activists were fighting for the passage of good-cause eviction laws, an issue that Griffin believes McNair would have championed. Statistics show that renters are disproportionately Black and Hispanic, and the end in January of the state’s moratorium on pandemic-related evictions left tenants particularly vulnerable, housing advocates said.

Griffin had known the McNair family for decades through Beacon Hoops, the summer youth basketball league organized by her uncle, Wayne Griffin, and Leaman Anderson. While Ed Jr. played, Yvonne ran the scorekeeper’s table with her daughters. When necessary, she would diffuse arguments and help keep the games orderly.

On March 7, three days after McNair’s death, and following months of debate, the Beacon City Council adopted a good-cause eviction law that establishes conditions that must be met before landlords can raise tenants’ rent past a certain level or evict them. Griffin says she dedicated the fight to get it passed to McNair’s memory, “because that’s what she was about.”

“Have a heart. Give back to your community. That’s what always comes to mind when I think about her,” said Griffin, adding that she worries about the gap McNair’s death leaves in Beacon. “There will never be another Yvonne McNair.”